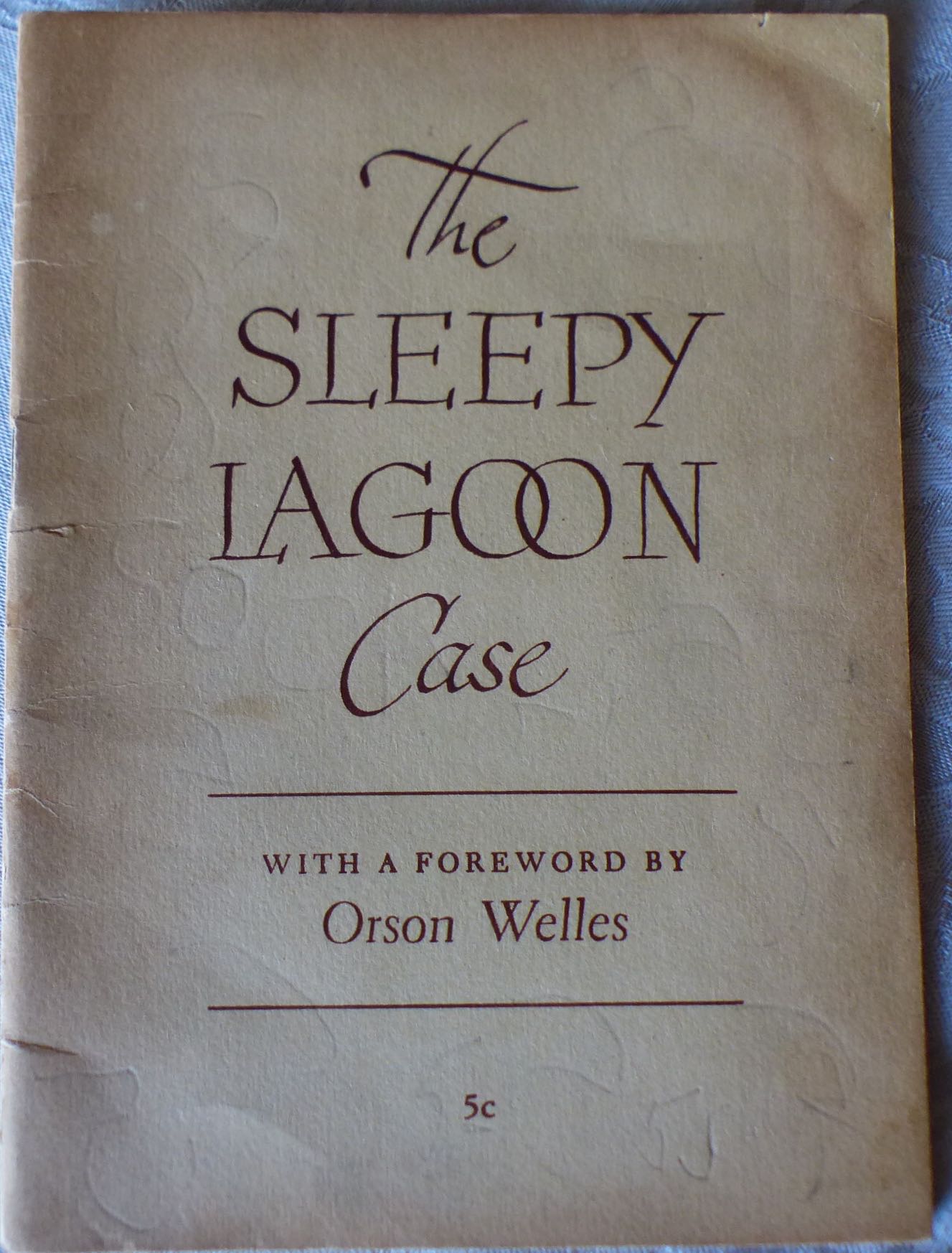 1st ed., second printing with the original 5c price at the bottom of the cover. Covers age-toned with a couple of light stains. Paper cover pulling from one of the staples, but still intact. Pencil erasures on back cover and one interior page. View more info 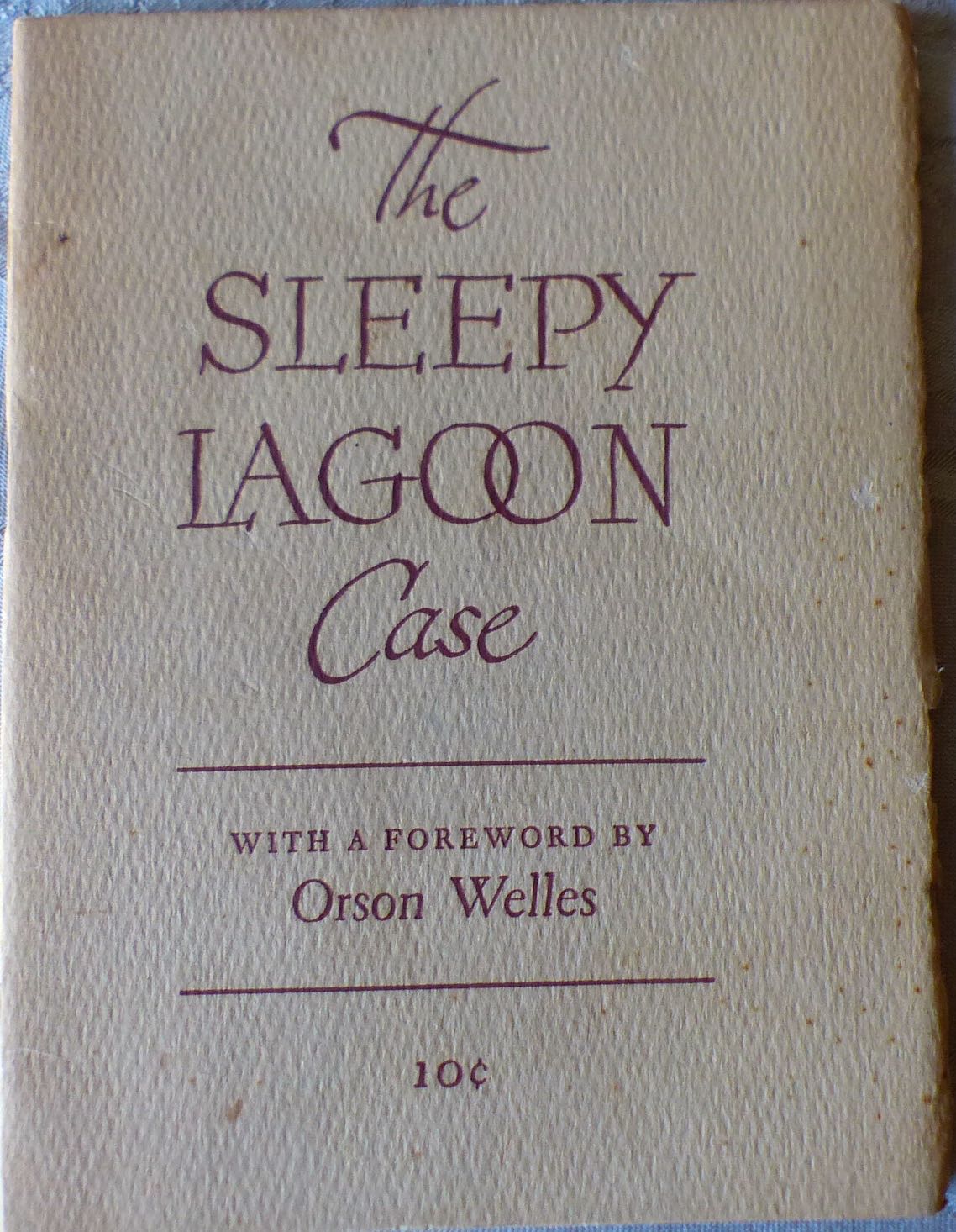 1st ed., 1st printing (June 1943, limited to 10,000 copies). Generally fine condition overall with some very light spotting along edge of front cover. The prologue page has serious toning from a contemporary news clipping that was laid inside. View more info

Catalog of "The World's Finest" Riding Equipment, Accessories, and Silver and Leather Goods from the Bohlin Shop of Edward H. Bohlin

1937 edition. First edition thus. Octavo. 232 pp. with photographic illustrations of Bohlin products on every page. Publisher's printed tan wrappers, front cover with illustration of a bucking bronco by Fed Harmant. Bohlin was born in Sweden in 1895 and ran away from home at age 15 working his way to America. Once here, he worked cattle drives around Montana before opening his first saddle shop in Cody, Wyoming where he also performed rope tricks. He tried his hand with vaudeville and met cowboy film star Tom Mix while performing at the Pantages Theatre in Hollywood. Mix convinced Bohlin to... View more info

[Napoleon's Oraculum] The Book of Fate

The Book of Fate / Formerly in the Possession of Napoleon Later Emperor of France and Now First Rendered Into English from a German Translation, of an Ancient Egyptian Manuscript, Found in the Year 1801, by M Sonnini, in one of the Royal Tombs, Near Mounty Libycus, in Upper Egypt. 23rd edition. 8vo. Maroon boards. Fold-out frontispiece with Oraculum charts, "Questions which may be put to the Oracle." The Oraculum was discovered in one of the Royal tombs of Egypt during an 1801 French military expedition and, at Napoleon's request, was translated by the German scholar. It was Napoleon's most c... View more info

50 sepia toned photographs of New York businessmen by noted photographer Gustavus Pach. With his engraved logotype on the back. The photos are unidentified and undated, but were produced sometime between 1877 and 1881 while Pach had his studio at this New York address. Rich and famous; ordinary? We have no idea. Very good-fine condition. View more info 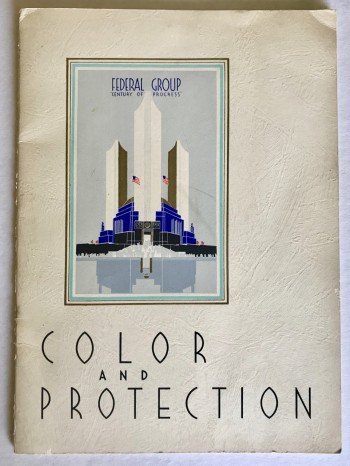 Progress In Industrial Color And Protection At "A Century Of Progress"

First edition. 12" x 9-3/4" in cream pictorial stapled wrappers [16] pp. Illustrated throughout with approximately 14 large and 22 small color pochoir illustrations with gold and silver accents. For the 1933 Century of Progress exposition, the American architect/designer Joseph Urban was commissioned to create a palette of 28 colors for application to the exteriors and interiors of the buildings. The American Asphalt Paint Co. was asked to "match Mr. Urban's difficult palette" in what was "the largest single paint contract of its type ever awarded." This brochure illustrates several of the maj... View more info