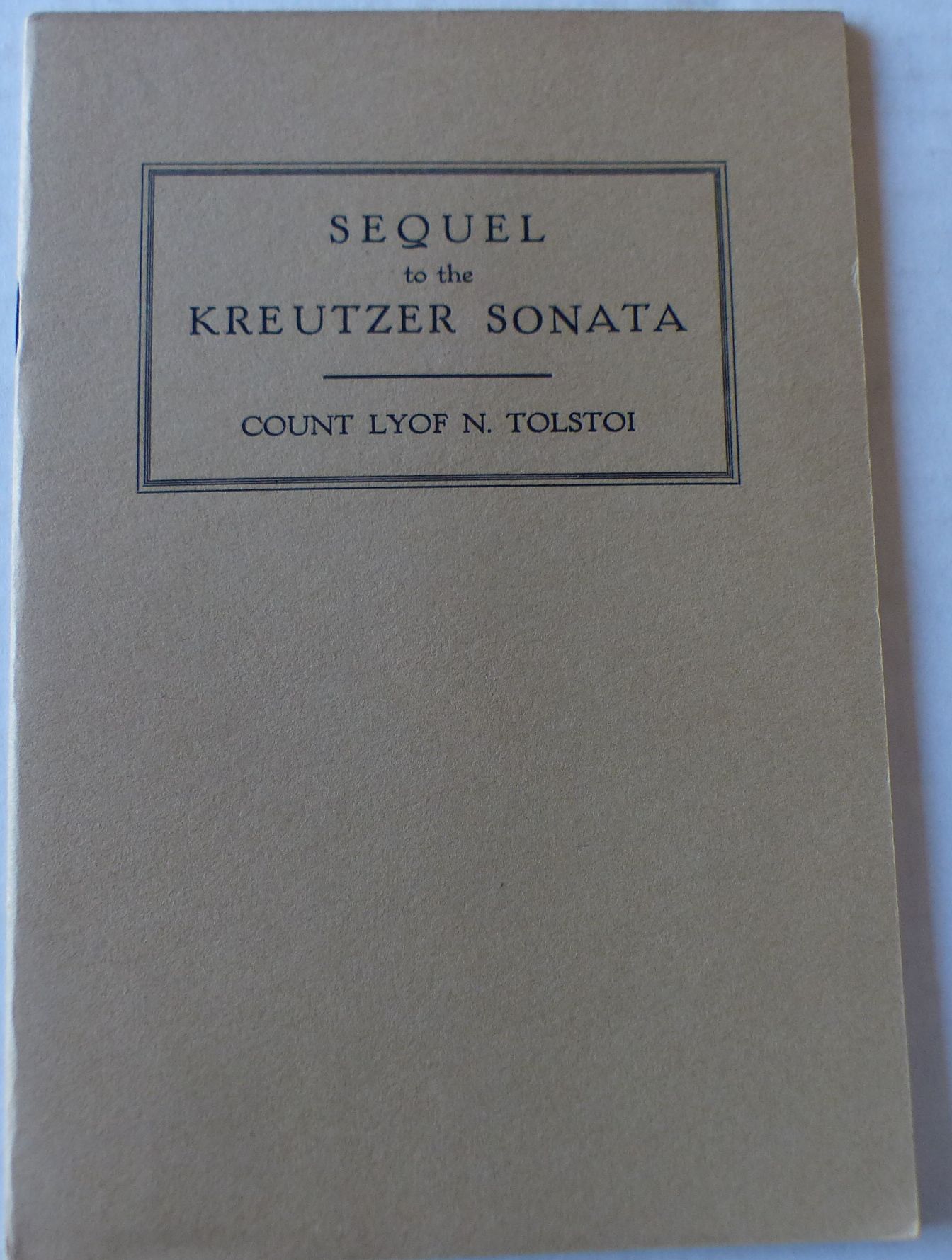 Sequel to the Kreutzer Sonata

First separate American edition. Tan stapled wrappers with black lettering on front cover. 5"x7" inches. 16pp. This is a sequel to the original Kreutzer Sonata, originally published in 1889. An absolutely pristine copy. The publication of The Kreutzer Sonata set off an explosive debate in Europe, America, and Asia on matters that were then called the “sexual question” and the “woman problem.” These debates stirred widespread condemnation from all sides, as well as fervent admiration. The Kreutzer Sonata was censored or forbidden in some countries as “indecent literature.” In thi... View more info