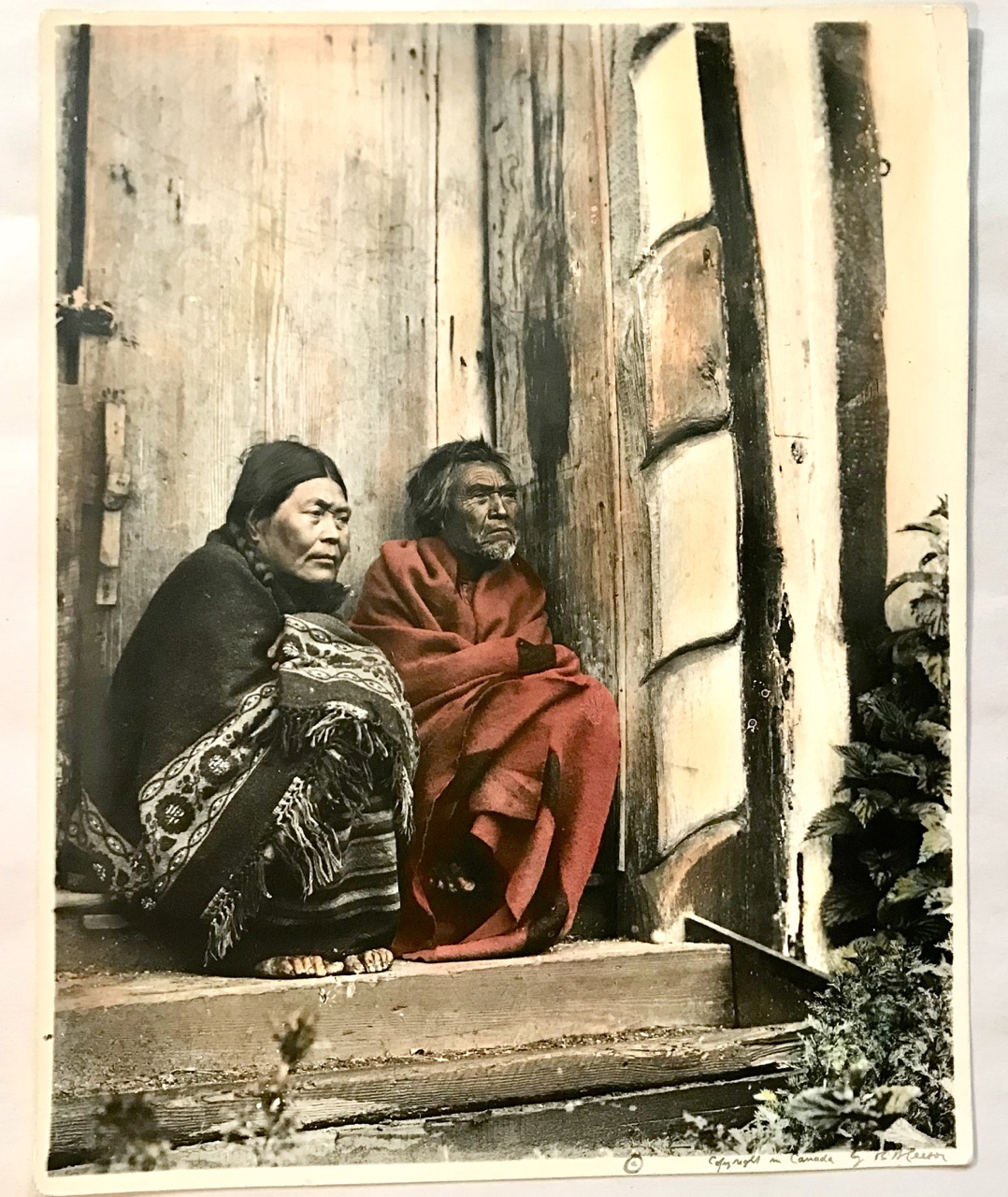 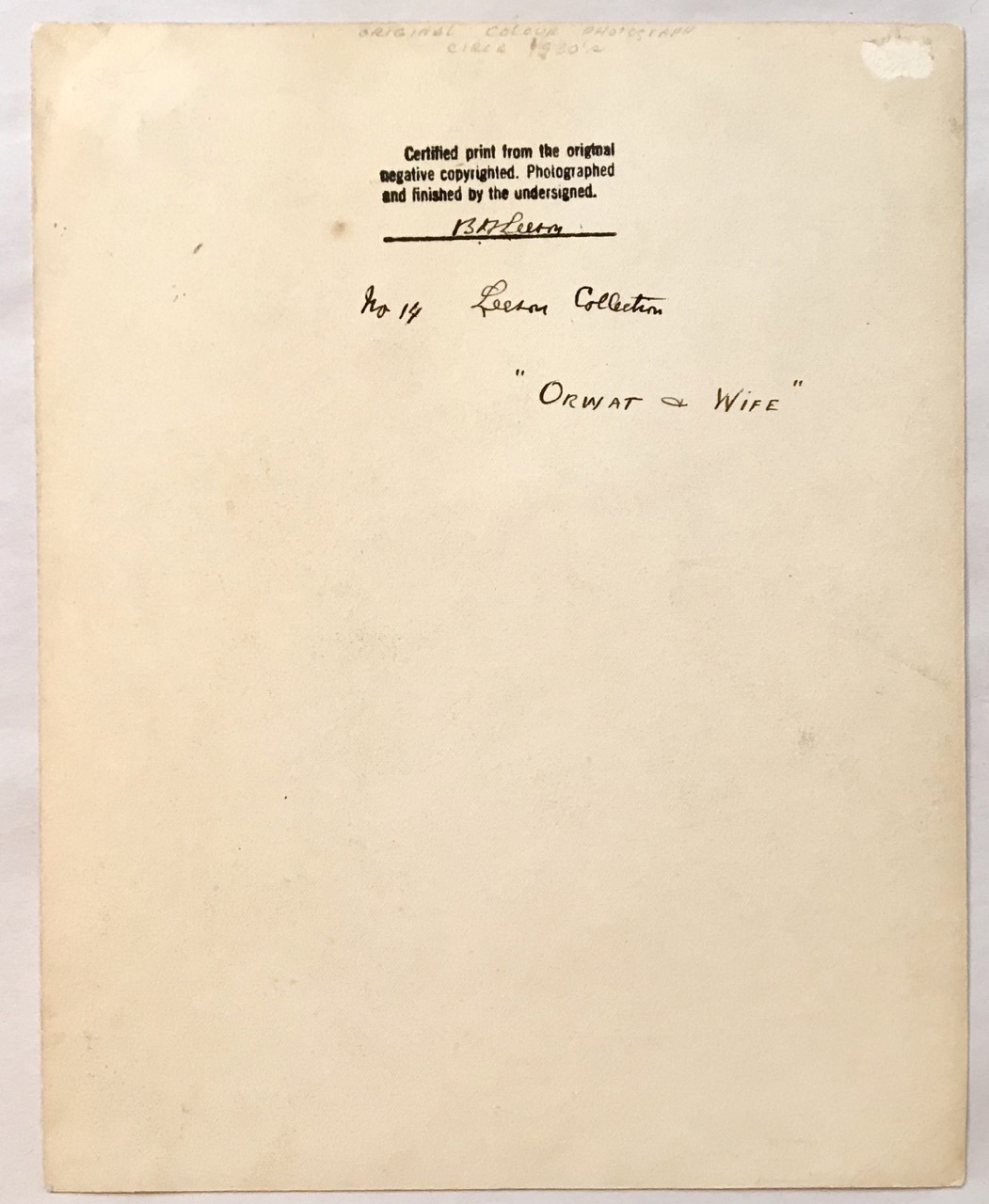 Orwat and Wife - Colored Silver Gelatin Print of Inuit Couple, 1898 7.5-9.5”, signed by the photographer at bottom and again, with hand-lettered title on verso. The photo was taken in 1898; unknown when Leeson printed and colored this particular copy. Benjamin William (B. W.) Leeson (1866 - 1948) of Vancouver, B.C. was a scholar, customs official, and photographer who studied the Quatsino peoples of Vancouver Island. He began taking photographs in the Cariboo in 1887 and moved to Quatsino Sound in about 1894 where he and his father managed the salmon and clam cannery located on the opposite shore, as well as a store (J. L. Leeson & Son) selling clothes and provisions. He is particularly noted for his portraits of First Nations people. Collections of his photographs are in the University of British Columbia Museum of Anthropology Archives and the City of Vancouver archives. According to Leeson’s note on the verso, this is photo number 14 from the latter. See https://searcharchives.vancouver.ca/orwat-and-wife-old-susan CONDITION: Very good; small corner crease upper right. 3/8” label peel on verso.

Inscription: Signed by the photographer