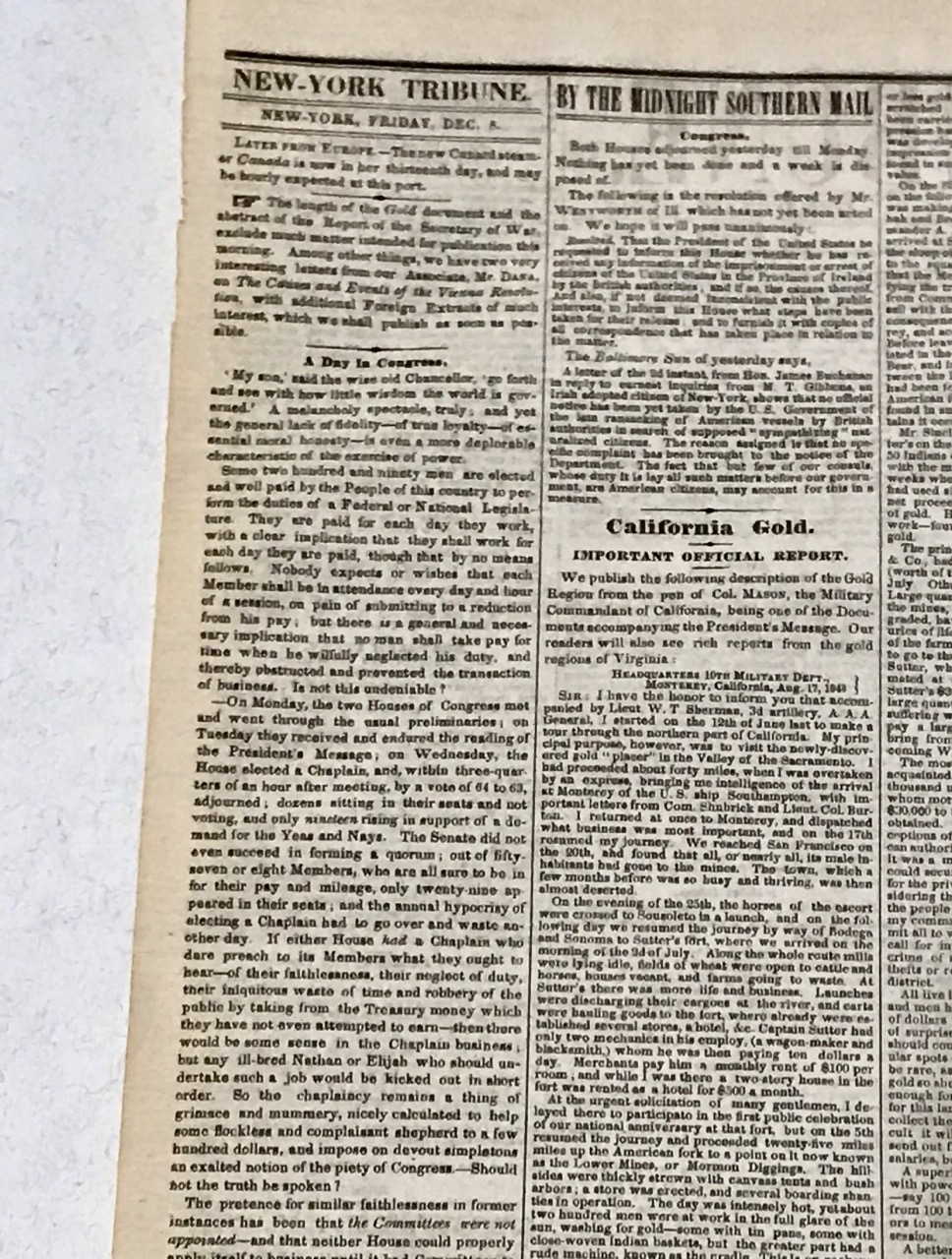 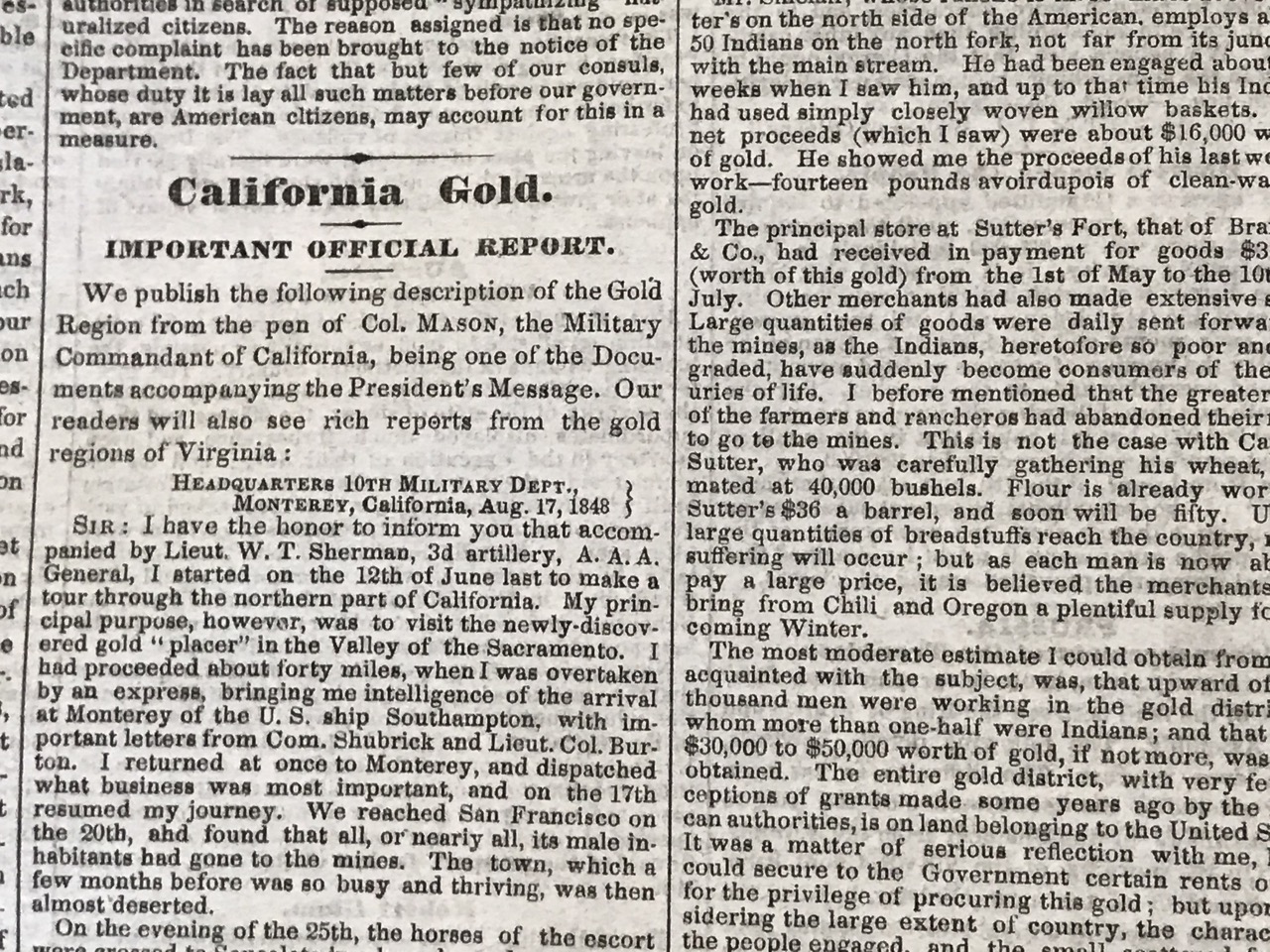 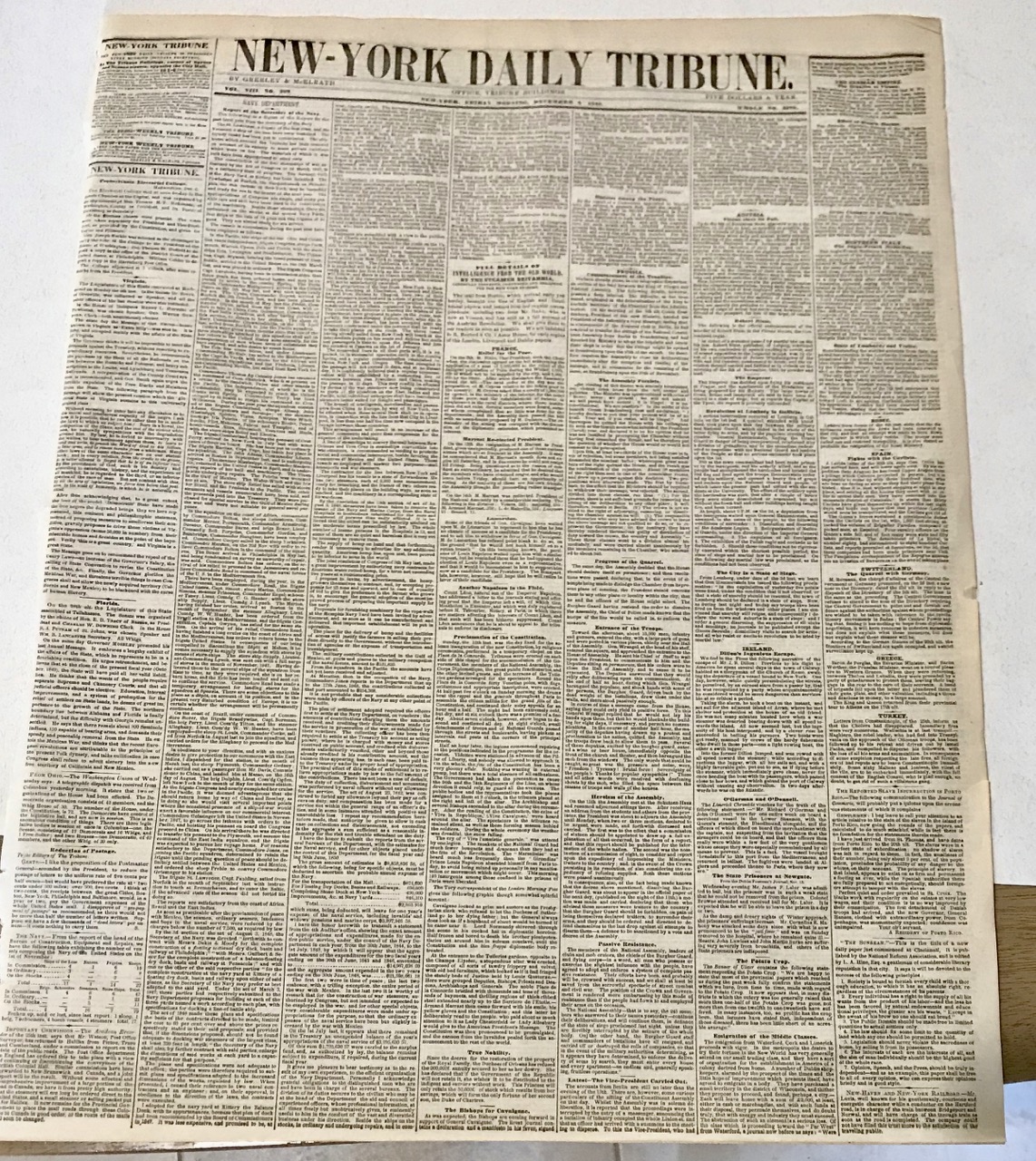 “California Gold. Important Official Report.” In The New York Tribune for December 8, 1848, published by Horace Greeley and Thomas McElrath. Original elephant folio newspaper, 4pp. complete, the report on p. 3.”Colonel Richard B. Mason’s famous report of his trip to newly discovered placers. It ranks as one of the most important eyewitness accounts of the Gold Rush.” (Kurutz 105) “One day Mr. Marshall, as he was walking own the race to this deposit of mud, observed some glittering particles at its upper edge…” [from the Report). This issue was printed just three days after the “Message from the president…to the Two House of Congress.., December 5, 1848.” While there were earlier published reports of the discovery, the publication of Mason’s report here was most significant. Mason was Military governor of California from 1847-1849. His letter, dated August 17, traveled by sea to Washington and did not arrive until December. By this time most people who were already in California had left their jobs for the gold fields, and rumors had reached the east coast. But the publication of Mason’s report and the presidential announcement were confirmation that settled all doubts about what was happening. Condition: Removed from a bound volume. Some chipping, else Fine.