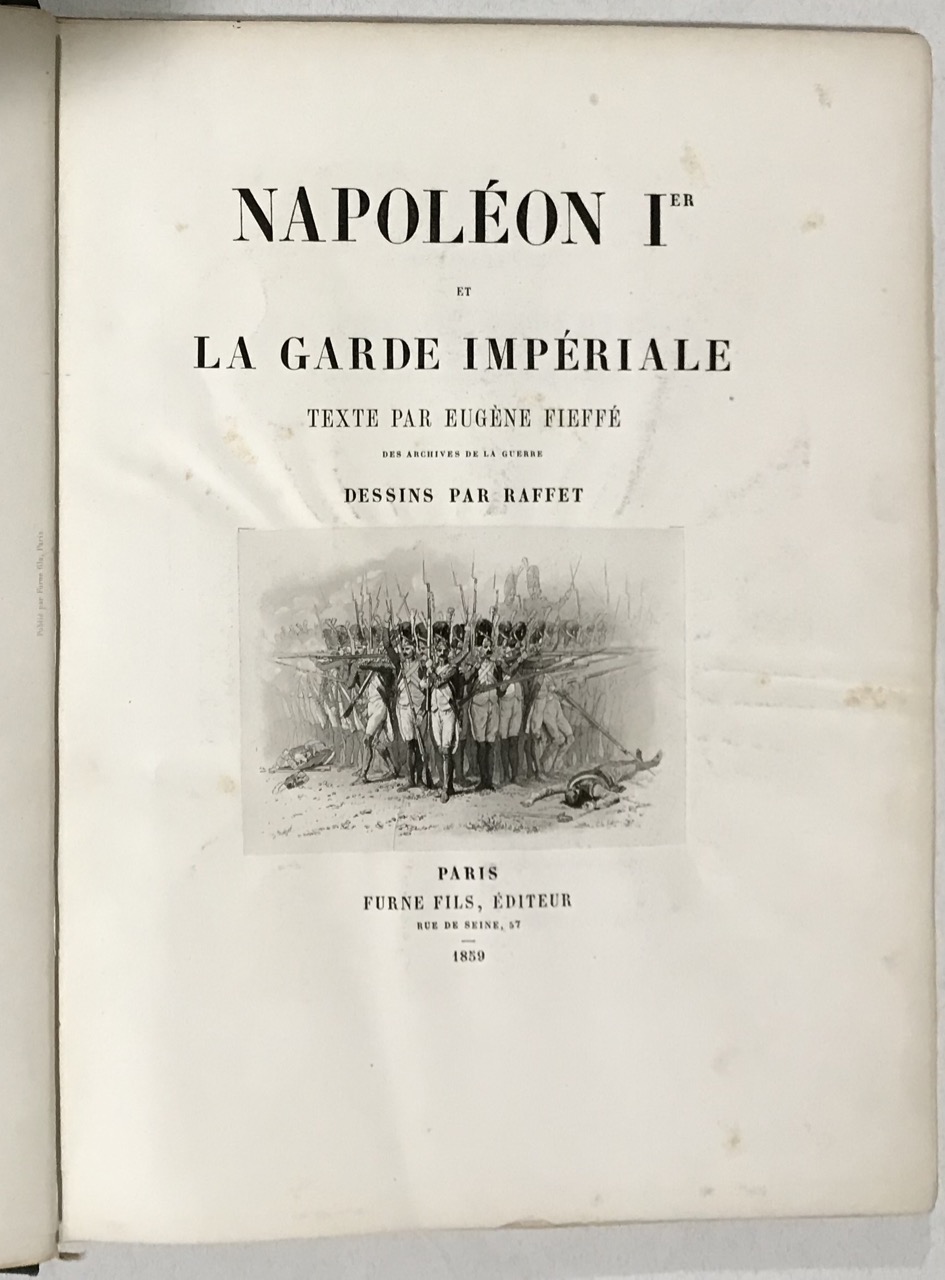 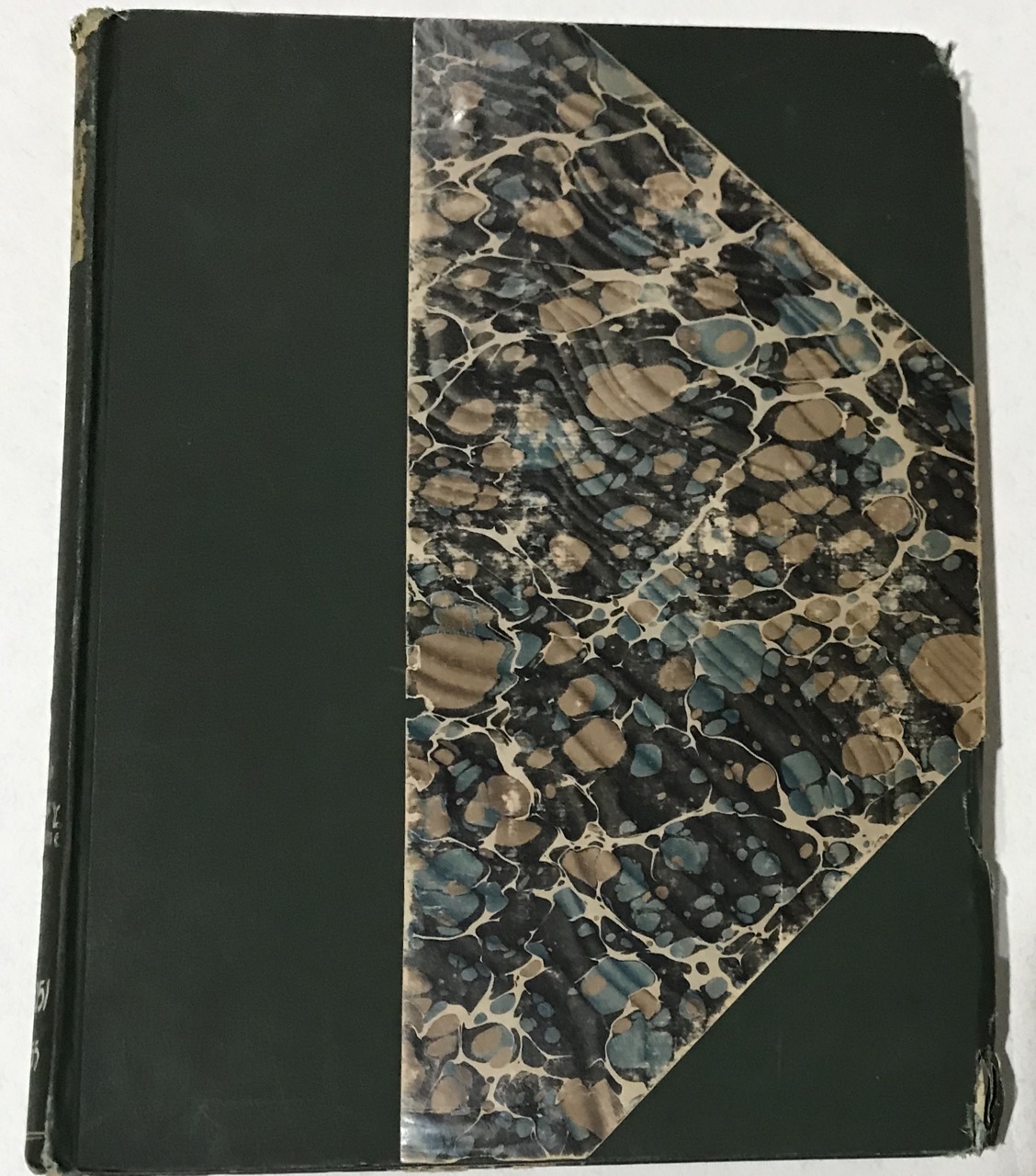 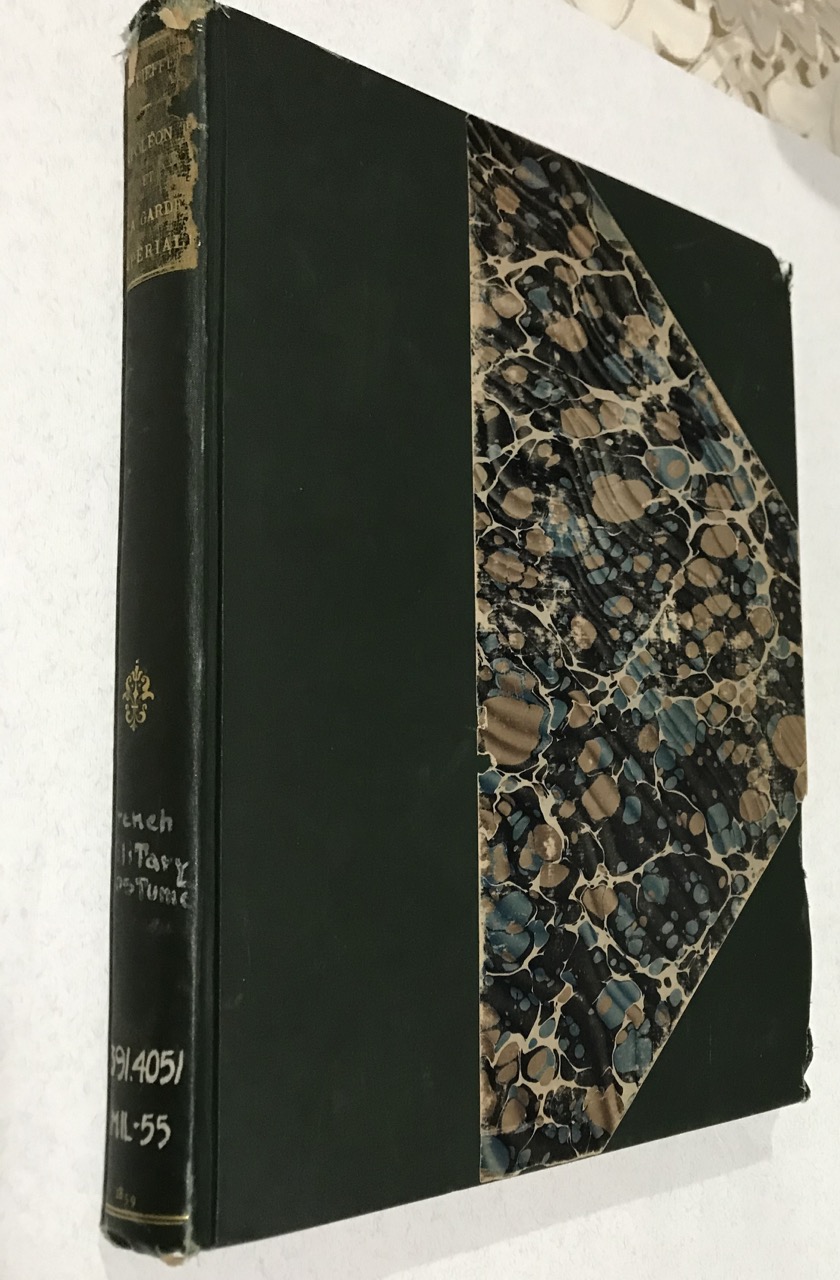 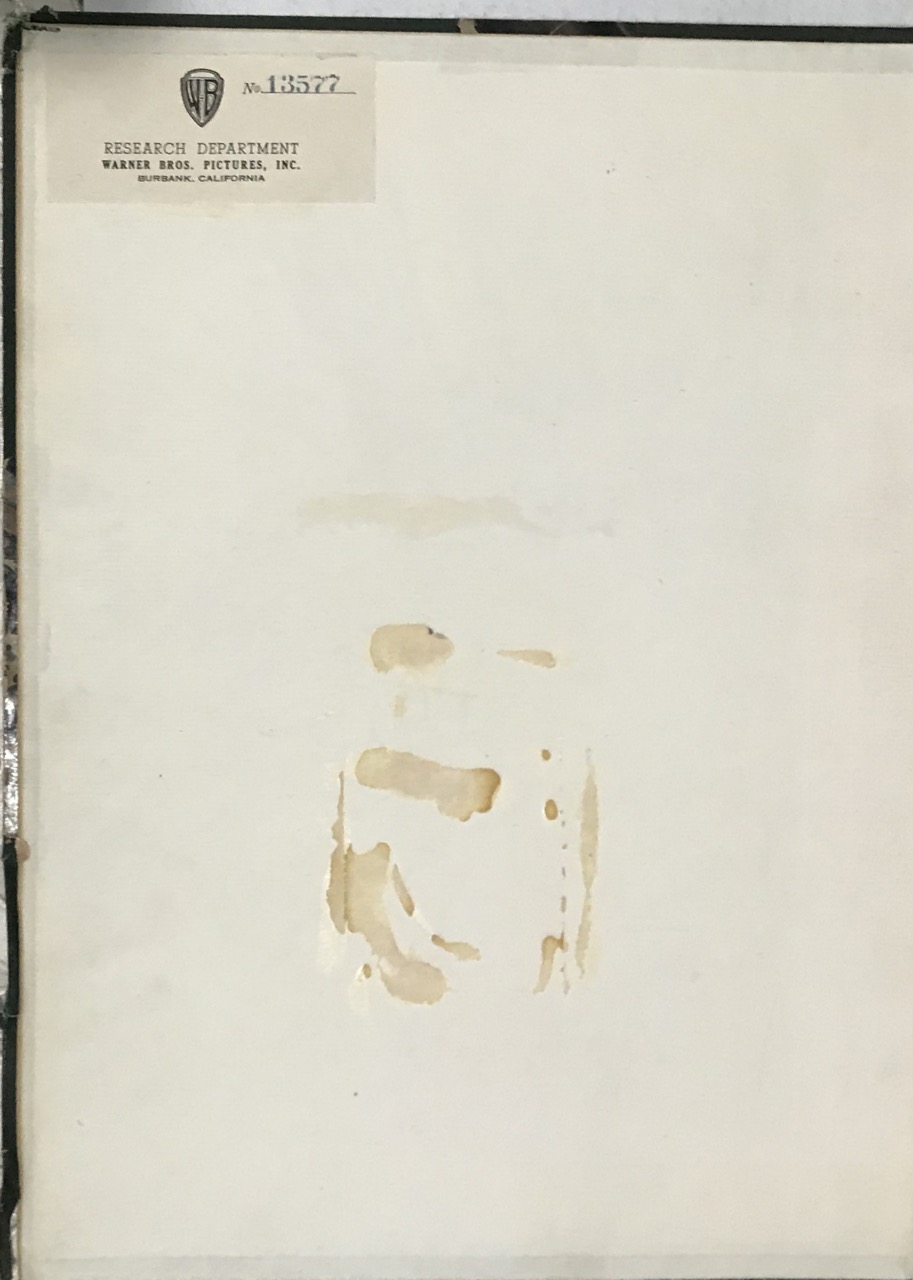 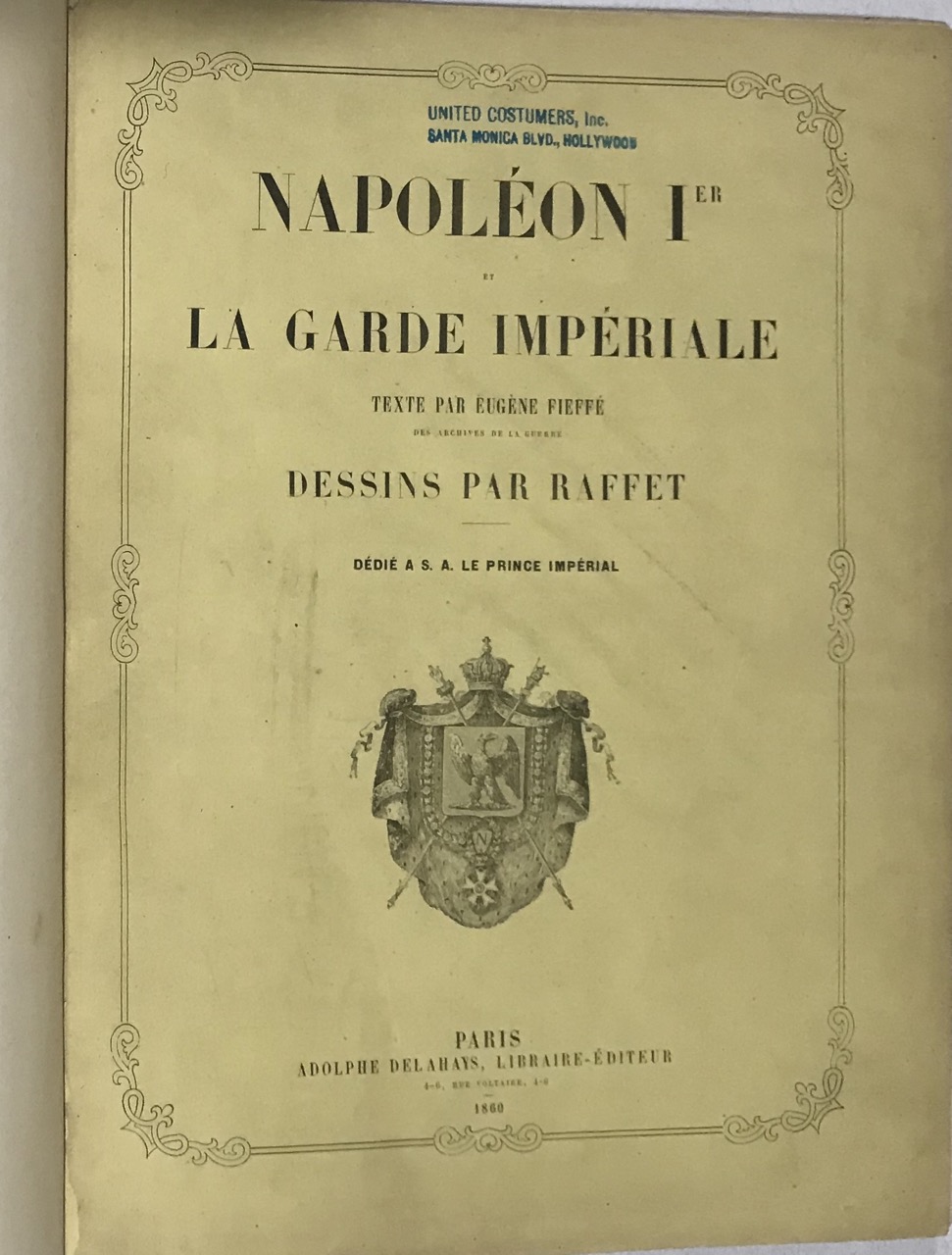 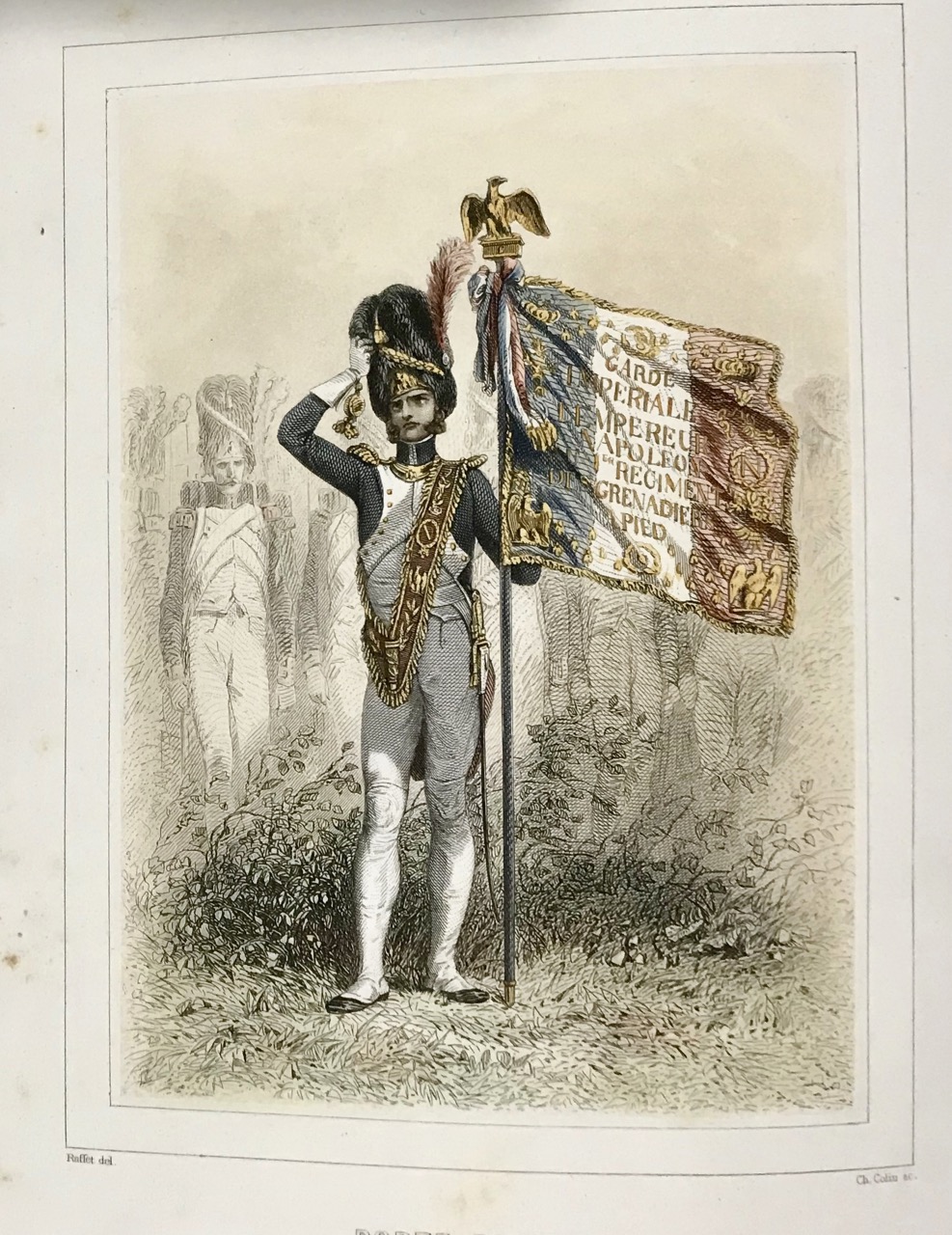 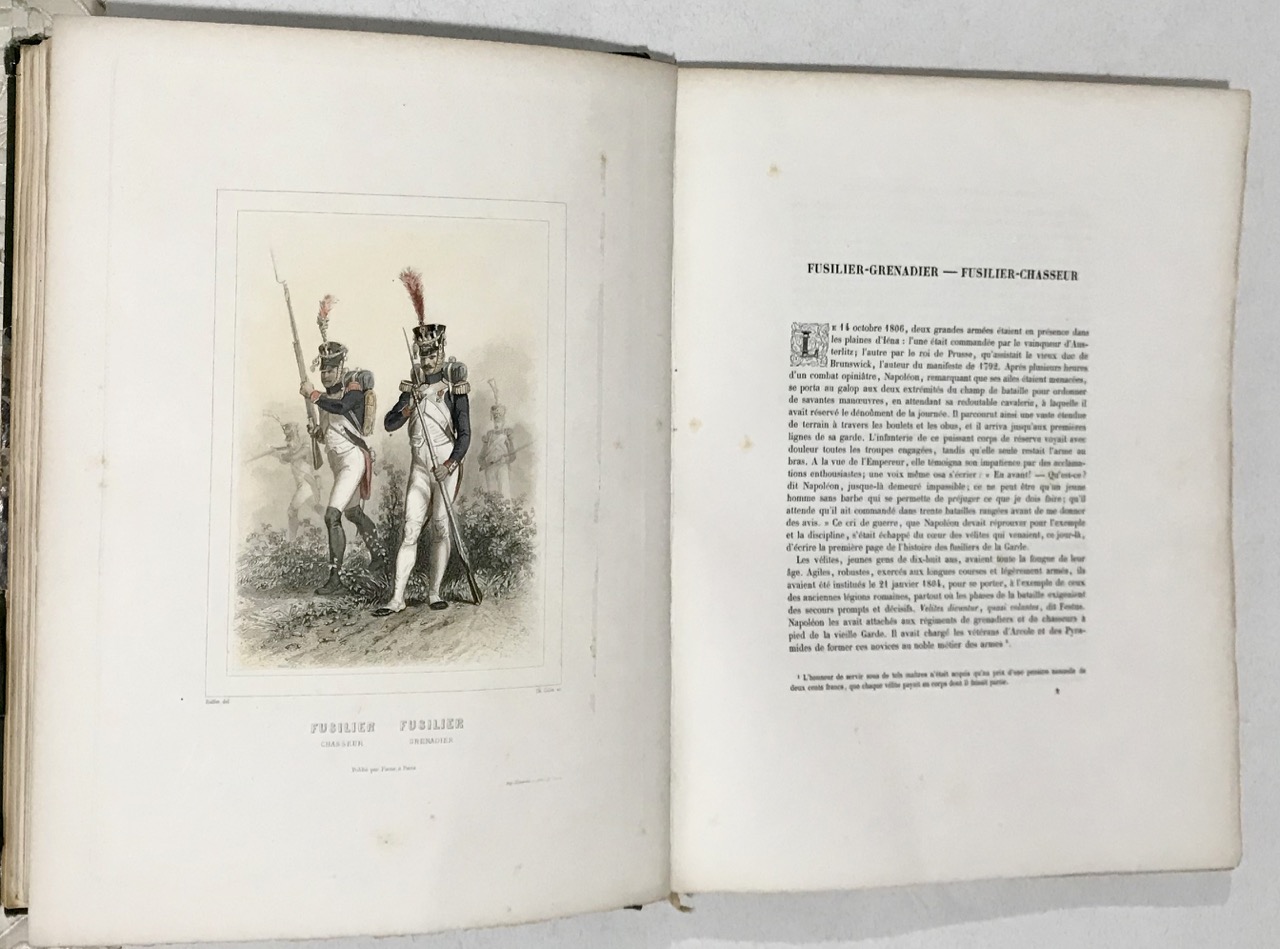 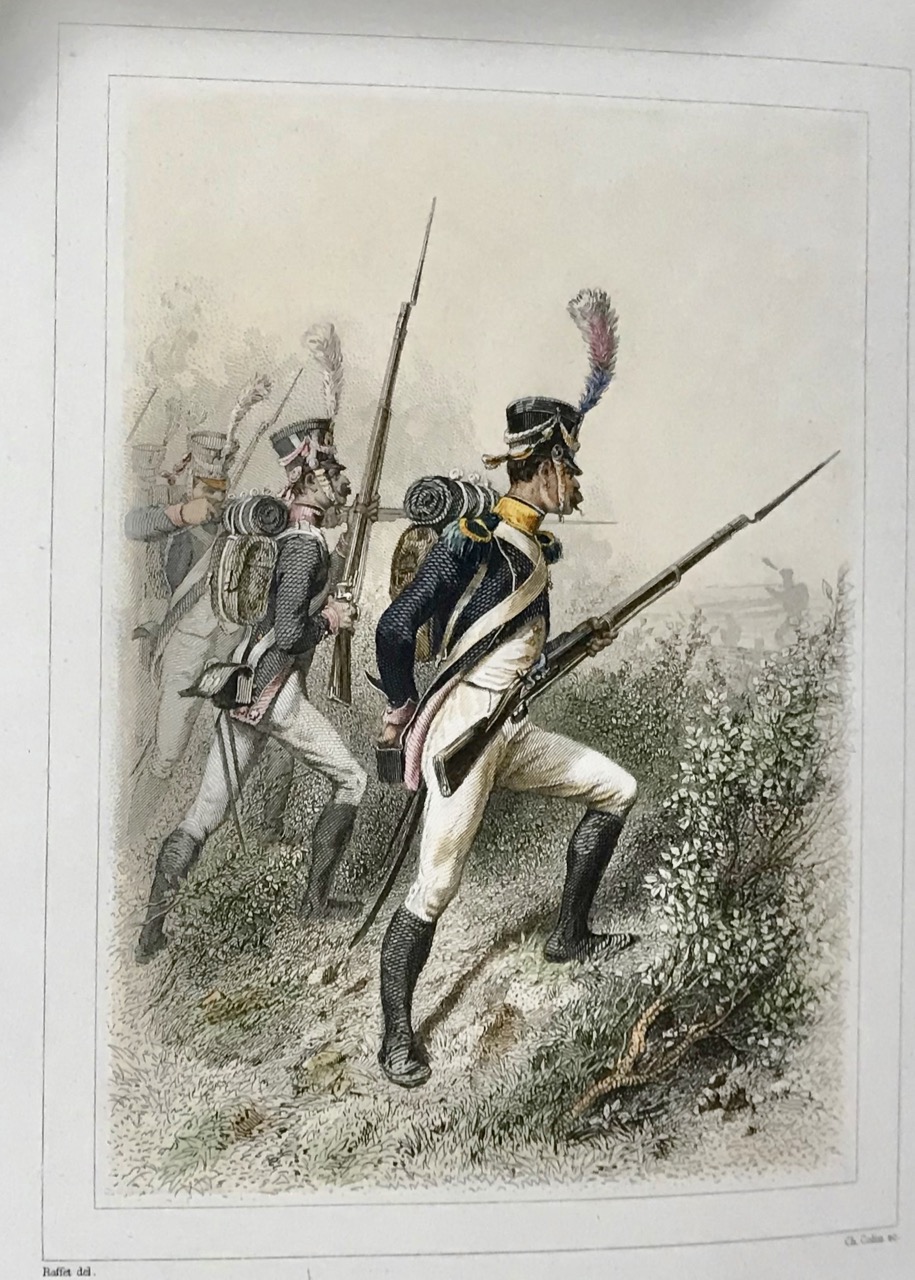 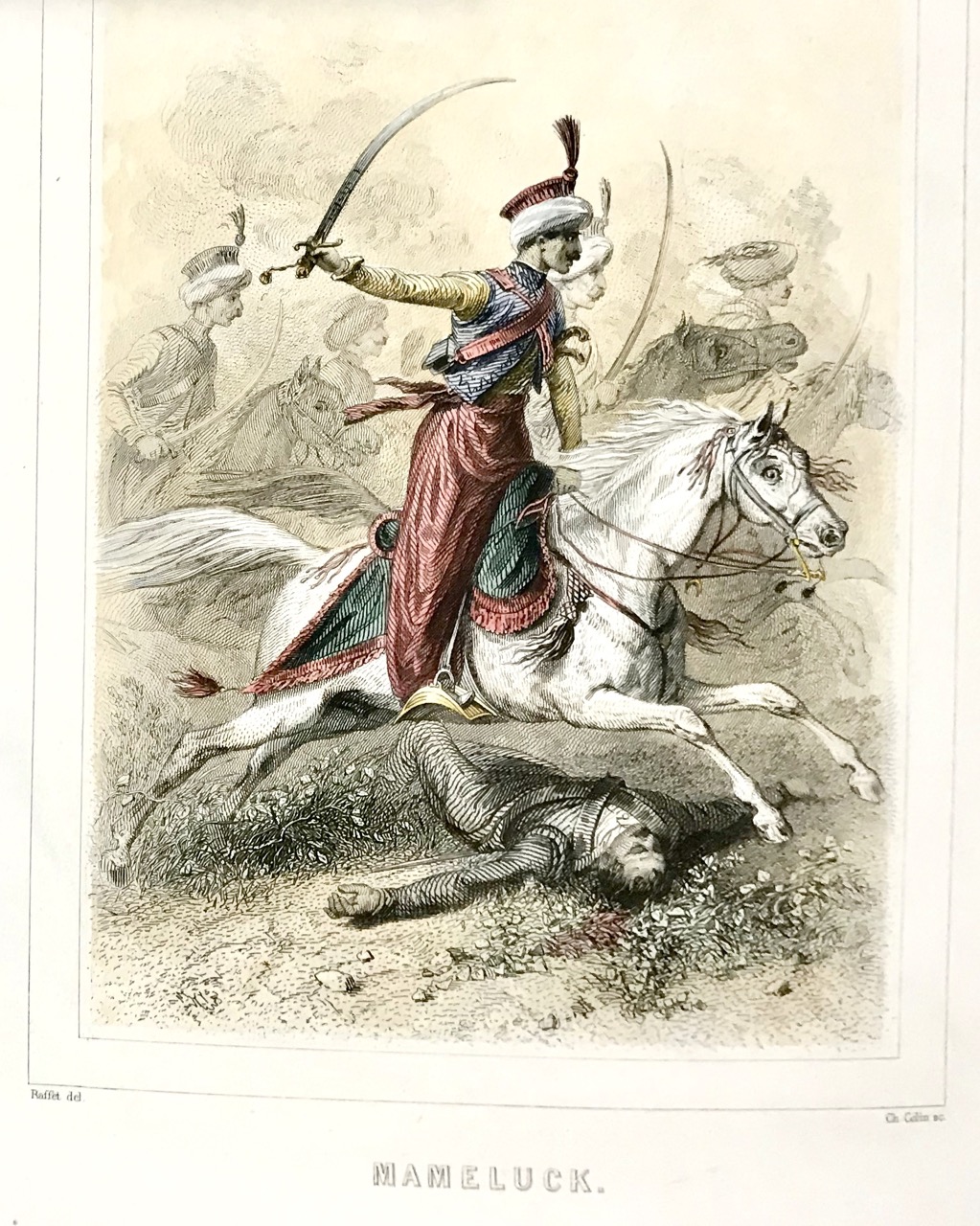 First edition, first printing. (1859 on title page; 1860 on front wrapper) Imperial 4to, ¾ cloth with original paper wrappers bound in. Color plates engraved on steel by Ch. COLIN after RAFFET. 171 pp. Frontispiece, title vignette on India paper and 20 colored plates by Raffet. Text in French by Eugene Fieffe. The color plates show the uniforms of the various regiments of the Imperial Guard; frontispiece of Napoleon in uniform on horseback. The last 80 pp. are a list of all the officers of the Imperial Guard in 1813, the composition of the Guard on Elba Island, text of the decrees relating to the Consular and Imperial Guards, the tables of pay and allowances of the Guard, as well as the description of its uniforms. Ex-libris Warner Brothers Pictures Research Dept, with the film studio’s seal and library pocket residue inside the front cover. Typical library ink markings on pine. Ink stamp of United Costumers, Hollywood on the front wrapper title page -- the book obviously used for costume design research. ##### Condition: Fair; Covers well worn, chipped at corners and spine ends. Periodic light foxing throughout, occasionally in plate margins but not affecting the images. One plate considerably darkened, but not affecting the image. Partially uncut.