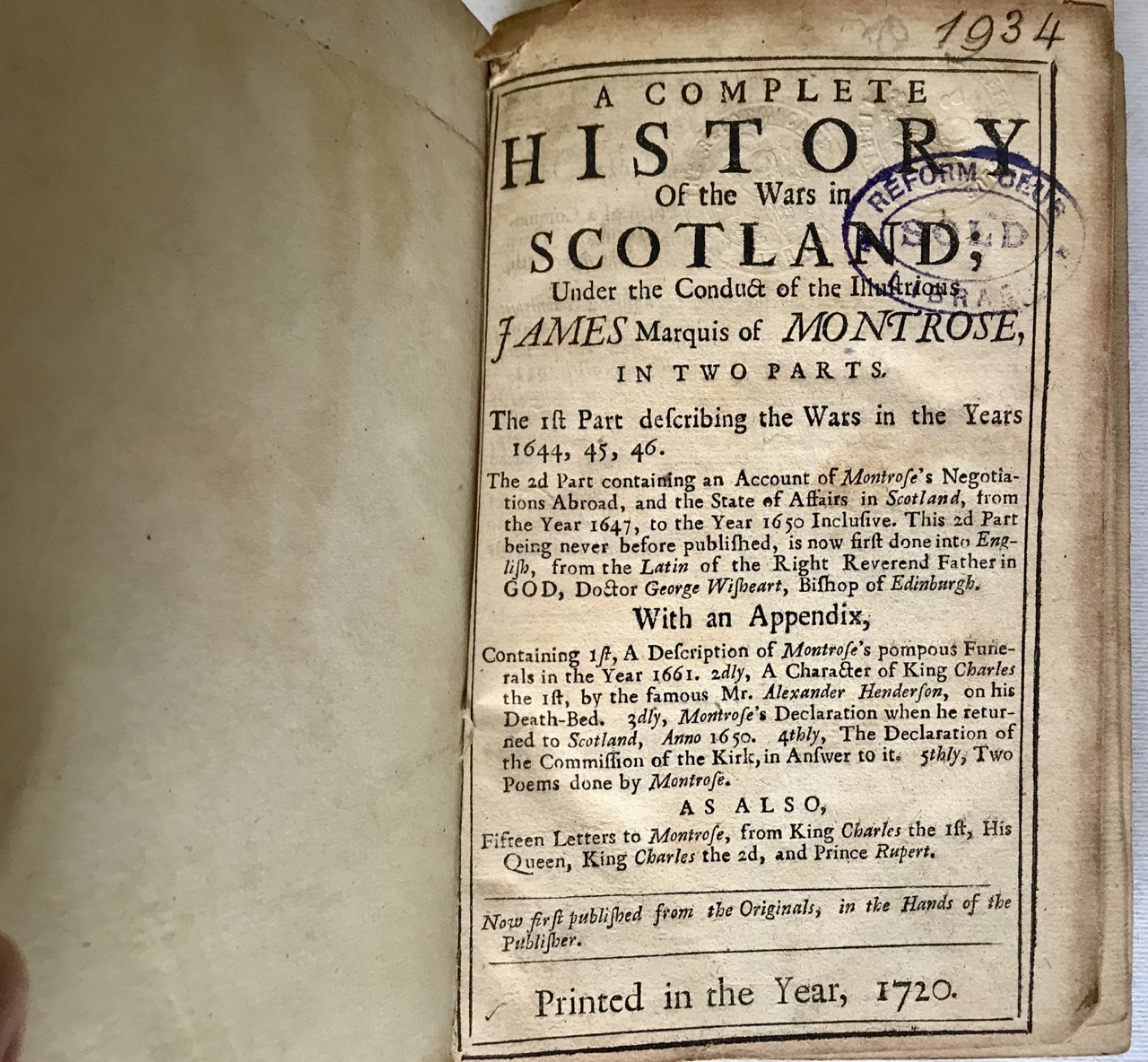 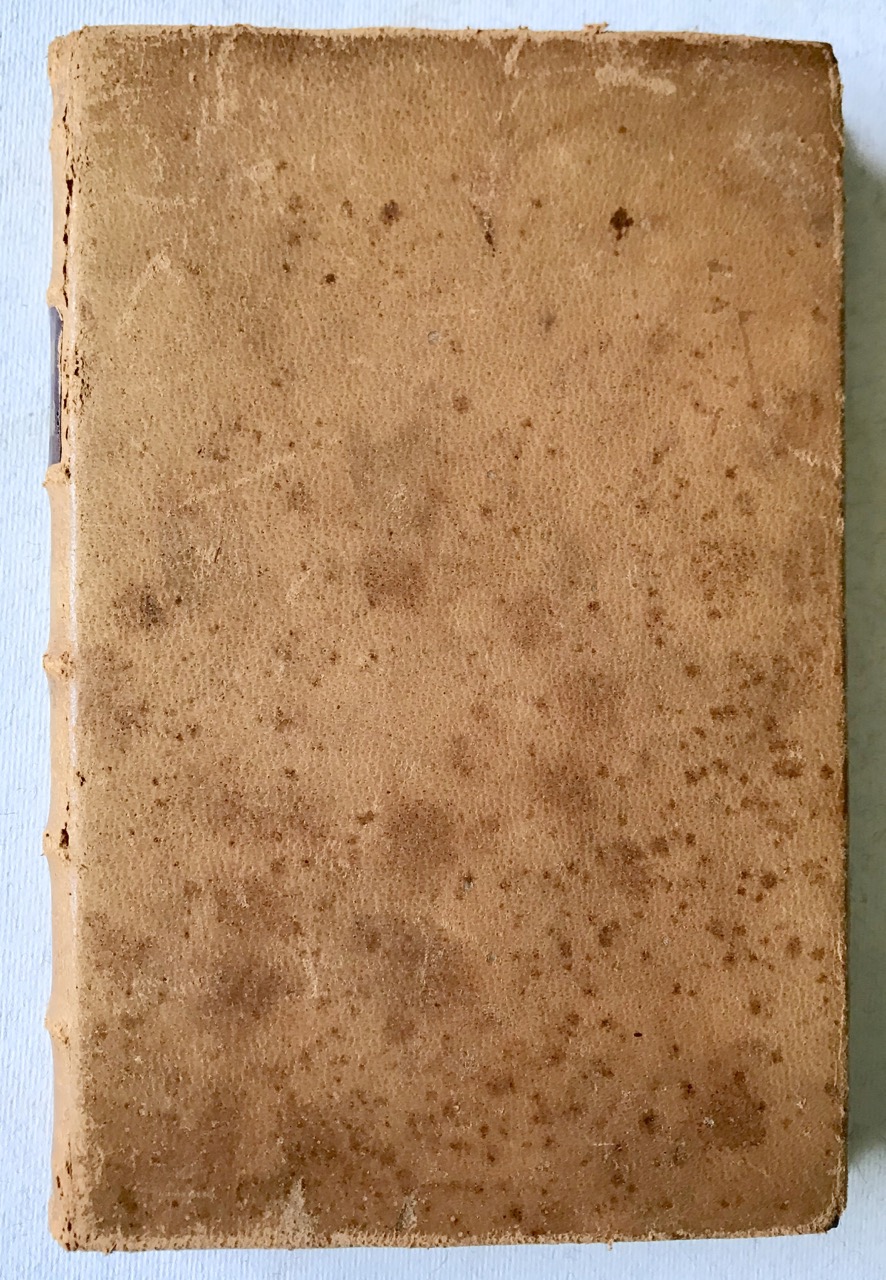 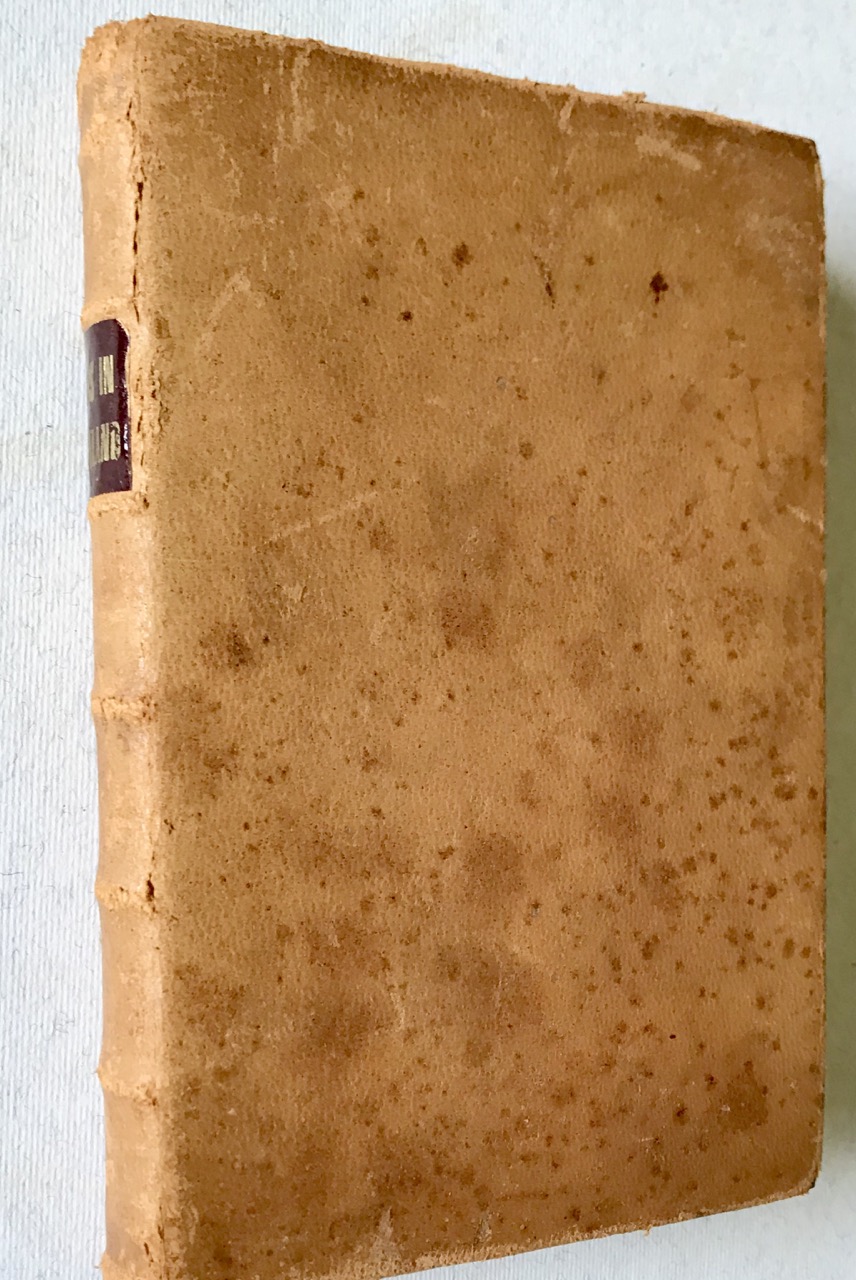 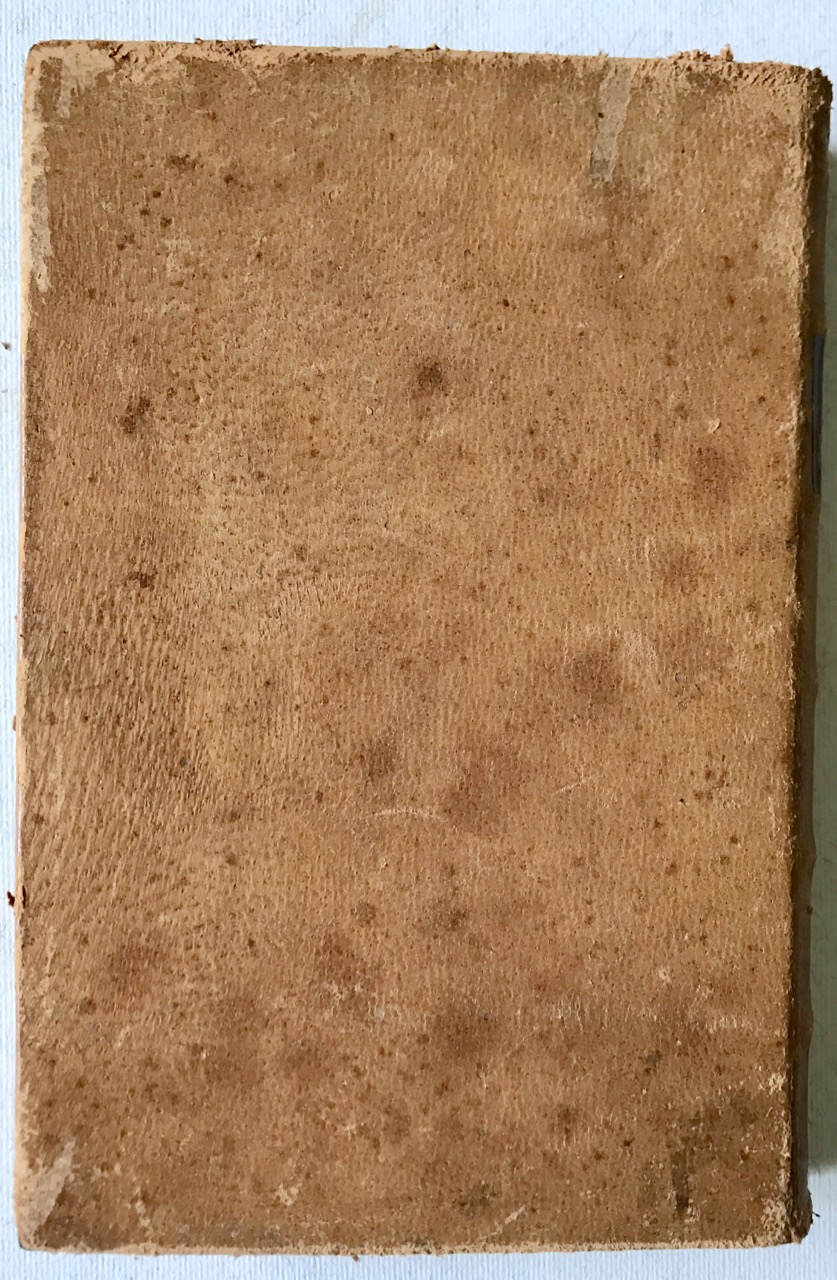 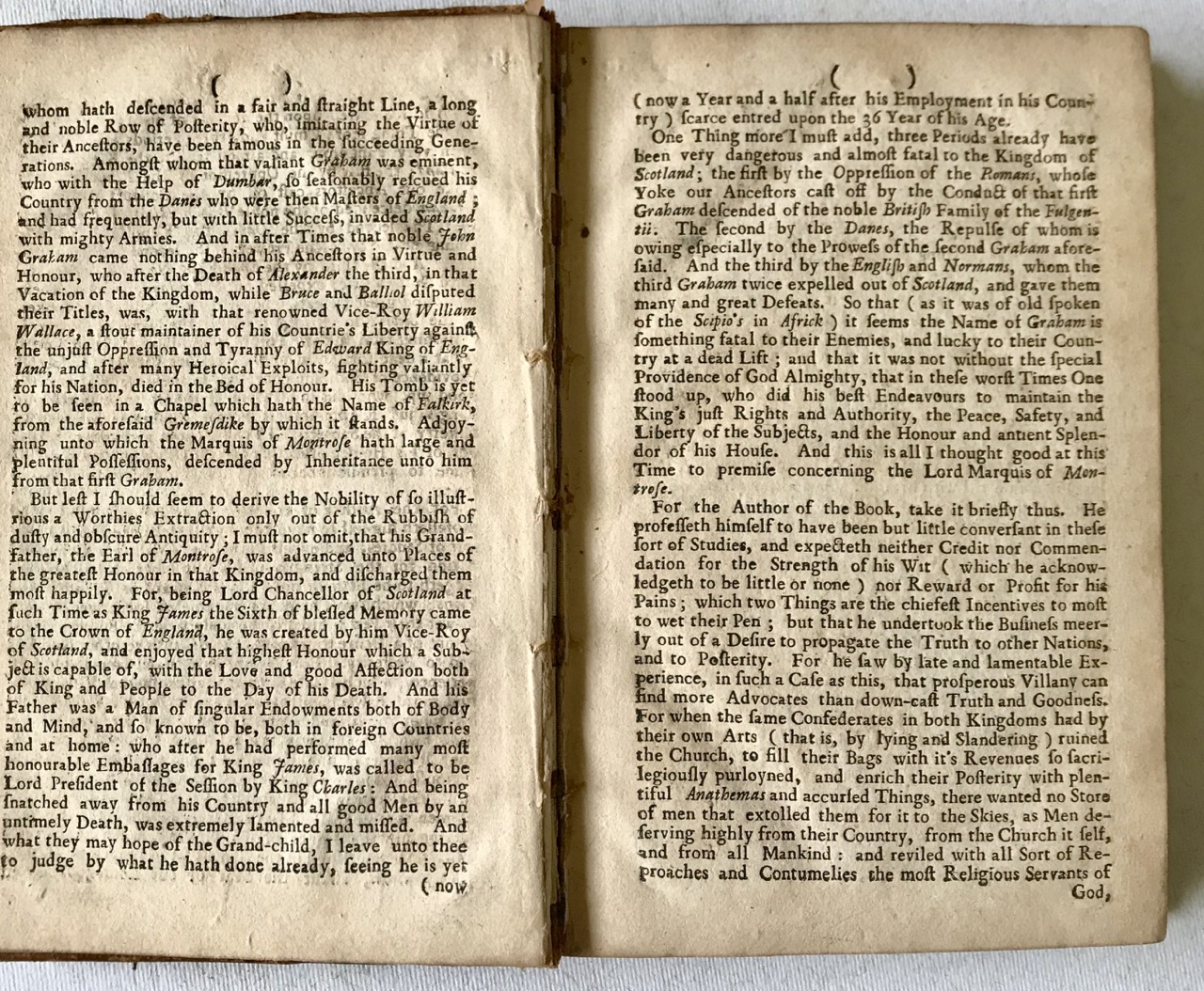 A COMPLETE HISTORY OF THE WARS IN SCOTLAND; Under the conduct of the Illustrious JAMES Marquis of MONTROSE…etc.

Full title: Under the conduct of the Illustrious JAMES Marquis of MONTROSE, in two parts. The first describing the wars in the years 1644, 45, 46. The 2nd part containing an account of Montrose's Negotiations abroad and the state of affairs in Scotland from the year 1647, to the year 1650 inclusive. The 2d part being never before published, is now done into English from the Latin of the right Reverend father in God, Doctor George Wishart, Bishop of Edinburgh, With an appendix containing 1st a Description of Montrose's pompous Funerals in the year 1661. 2dly, A character of King Charles the 1st by the famous Mr. Alexander Henderson, on his Death-bed. 3dly Montrose's Declaration when he returned to Scotland, Anno 1650. 4thly. The Declaration of the Commission of the Kirk, in Answer to it. 5thly, Two Poems done by Montrose. As Also, Fifteen letters to Montrose, from King Charles the 1st, His Queen, King Charles the 2d, and Prince Rupert. Now first published from the originals, in the hands of the publisher. ##### 12mo, pp. xviii, 200, lvi, 24. Rubbed contemporary calf. George Wishart was a Scottish religious reformer and Protestant martyr. James Graham, 1st Marquess of Montrose was a Scottish nobleman, poet and soldier. From 1644 to 1646, and again in 1650, he fought a civil war in Scotland on behalf of the King and is generally referred to in Scotland as simply "the Great Montrose". ##### Condition: Fair+. Appears to be bound in contemporary calf but with a more modern spine label affixed; also newer end papers. Moderate wear to edges and spine. Deascession ink stamp and date on title page; front hinge cracked but intact. Text block is good overall but with moderate browning throughout, heavier towards the end.

Title: A COMPLETE HISTORY OF THE WARS IN SCOTLAND; Under the conduct of the Illustrious JAMES Marquis of MONTROSE…etc.

A COMPLETE HISTORY OF THE WARS IN SCOTLAND; Under the conduct of the Illustrious JAMES Marquis of MONTROSE…etc.