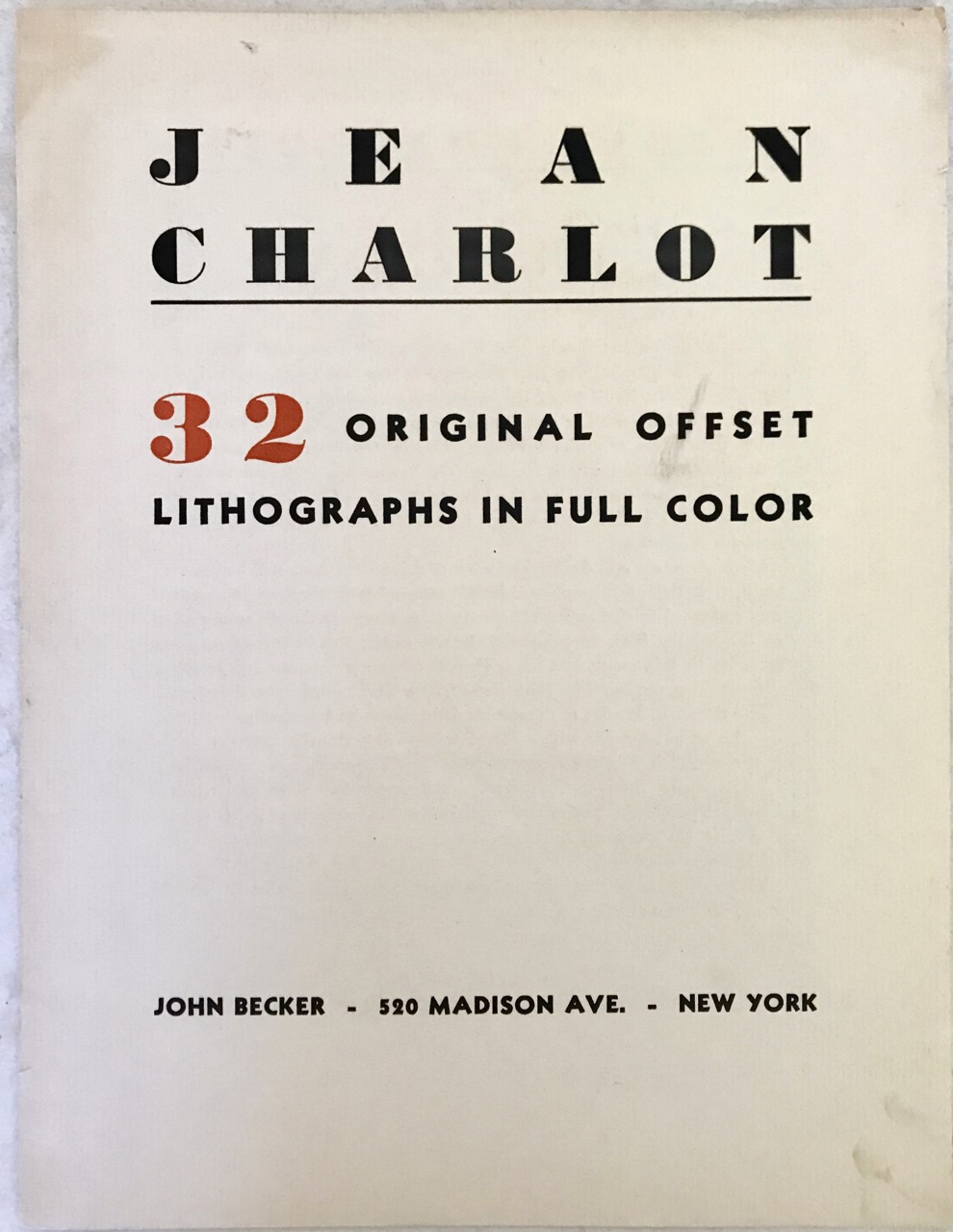 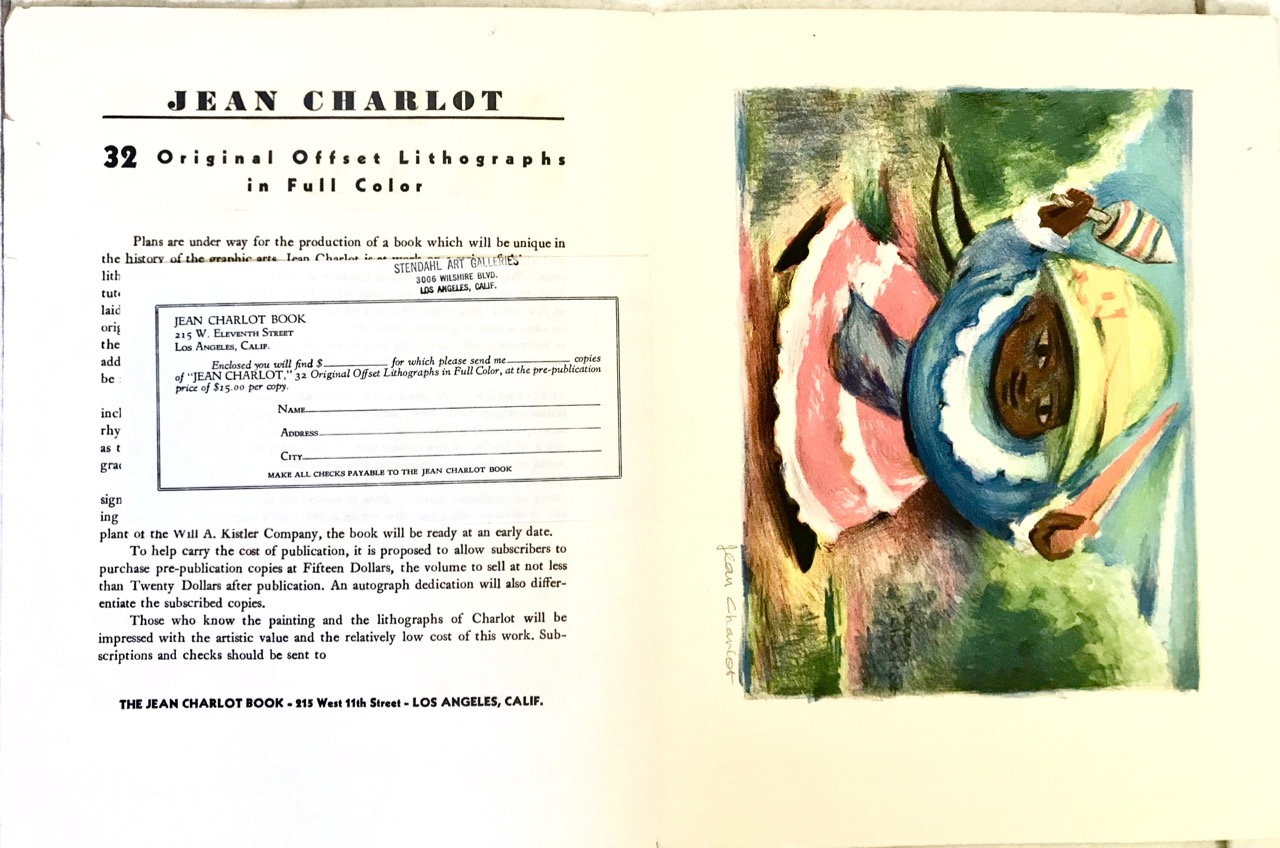 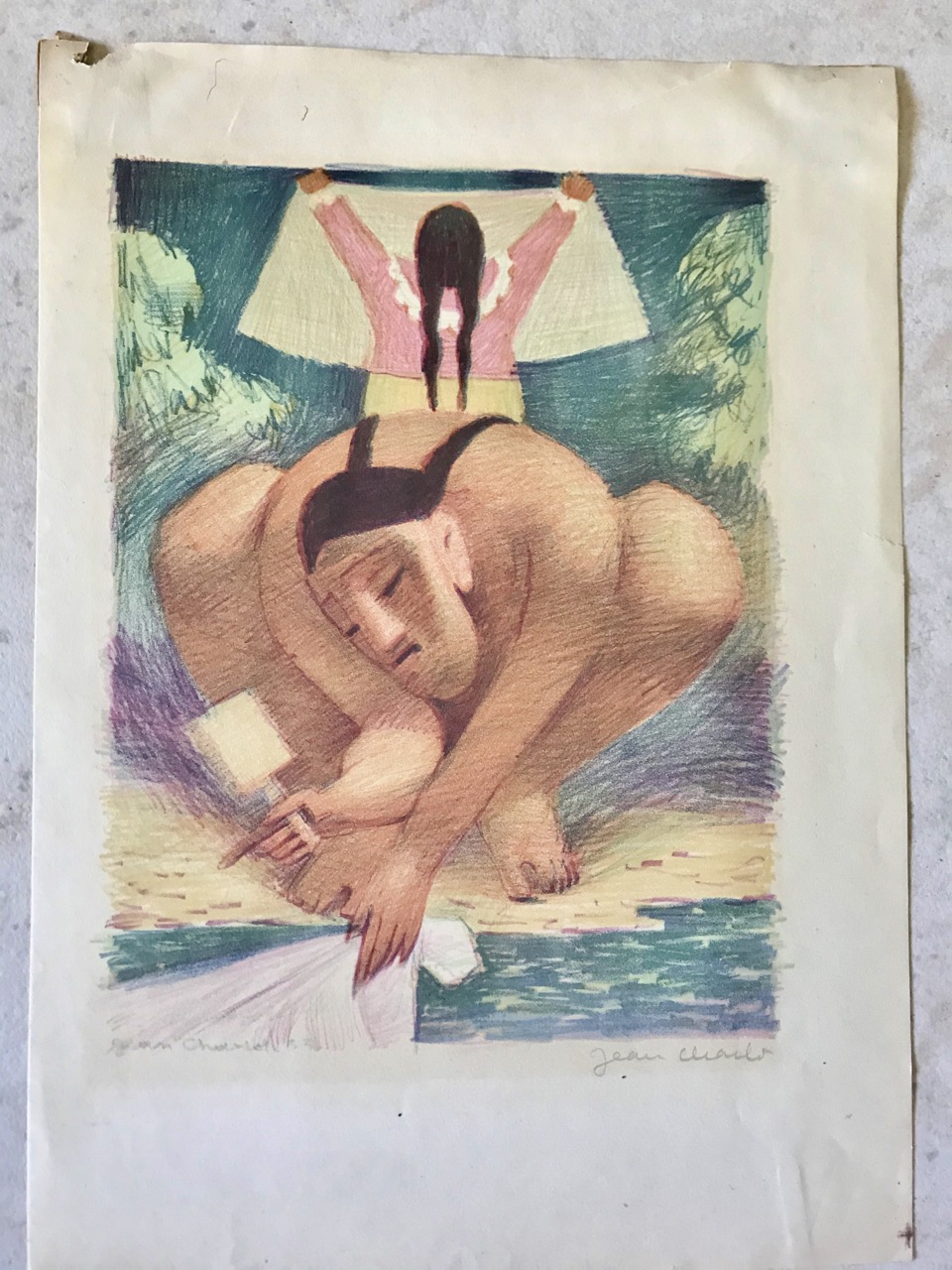 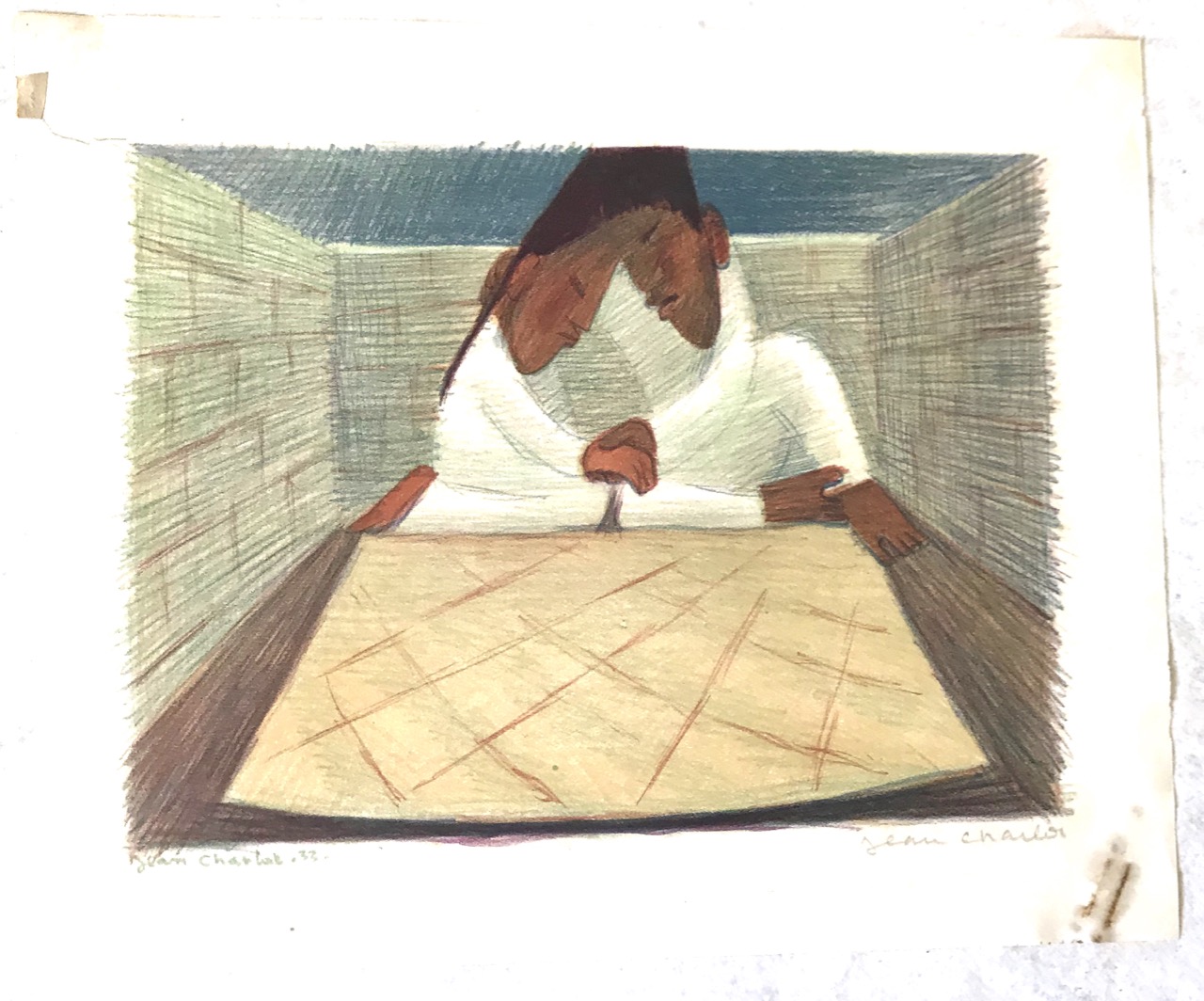 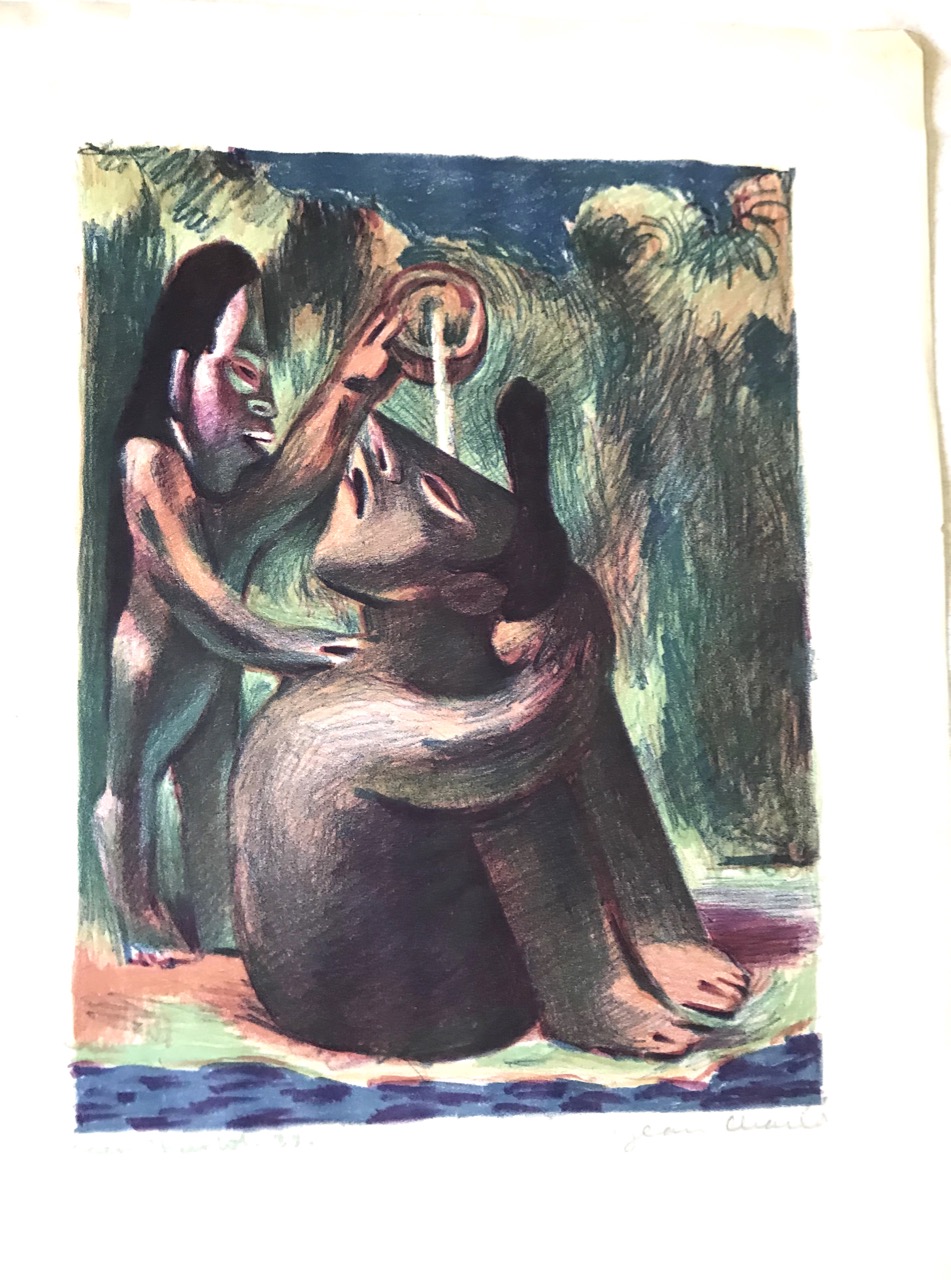 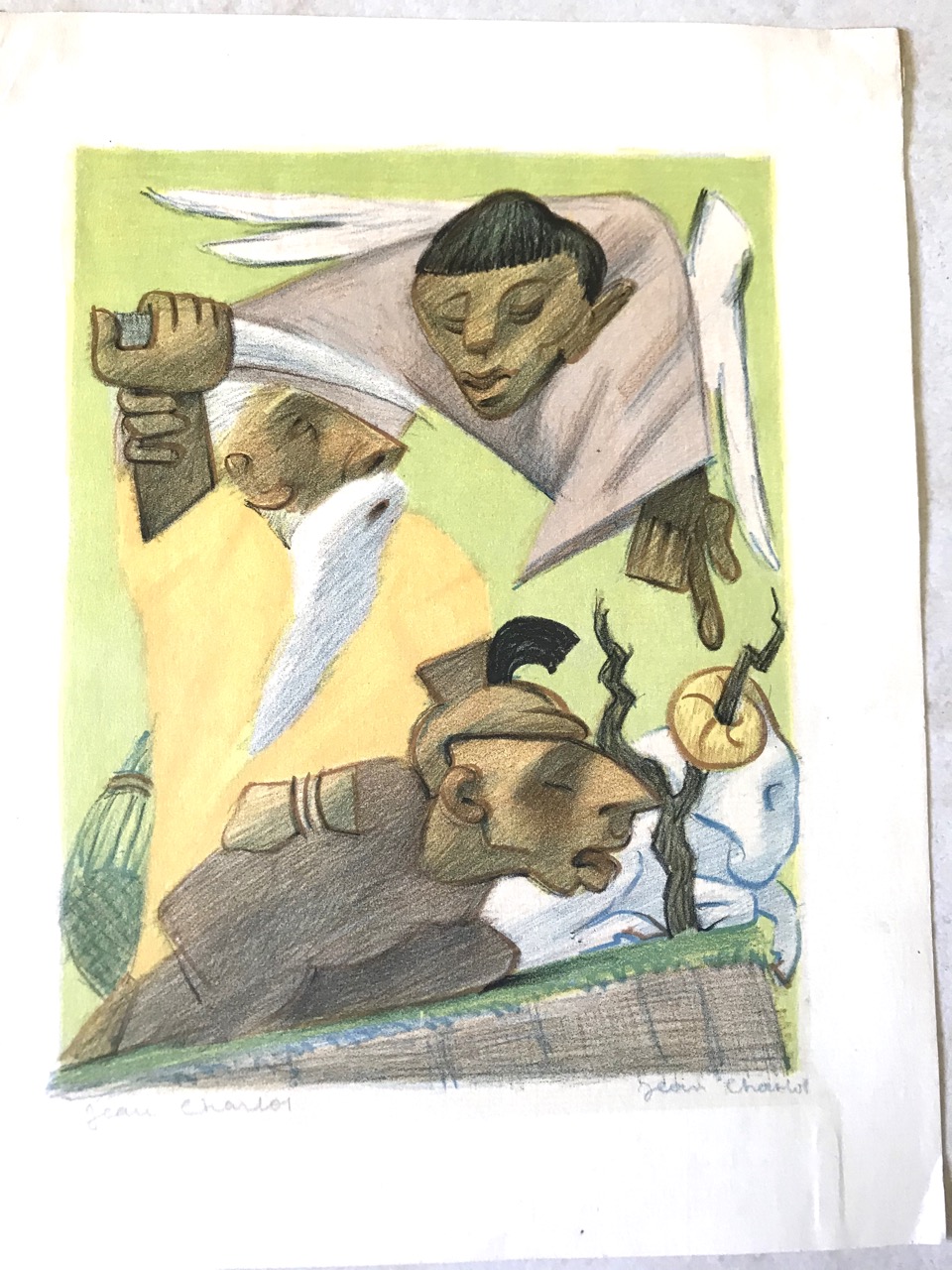 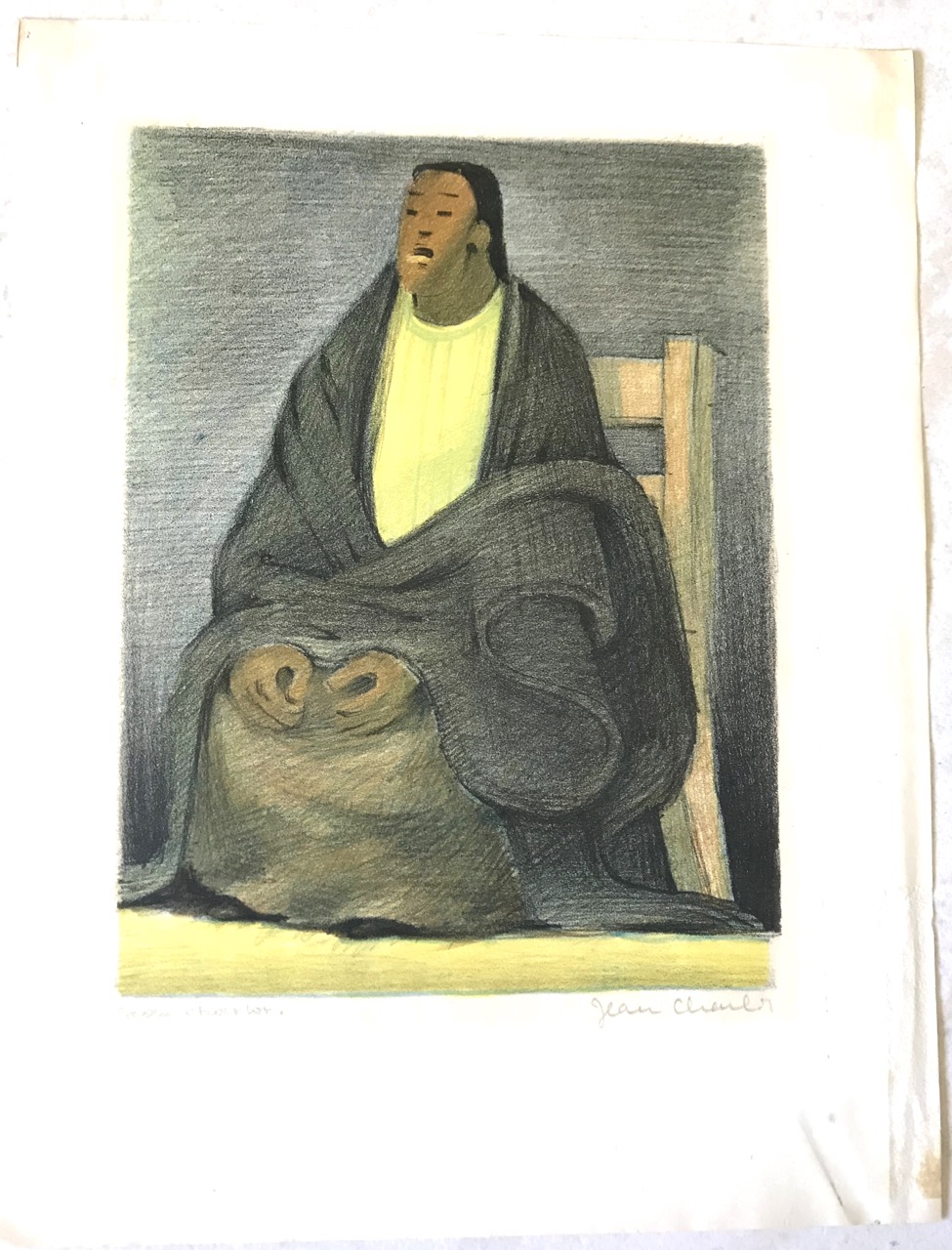 Set of 10 printer’s proofs and the original prospectus for “Picture Book: 32 Original Lithographs By Jean Charlot.”

Jean Charlot (1898-1979) was a French-born American painter and illustrator, most noted for his Mayan influenced drawings and murals of Mexican life and history. These played a pivotal role in reviving interest in Mexican art and Charlot is generally credited as having been responsible for the explosion of interest in the work of Jose Guadalupe Posada. For “Picture Book”, 32 color lithographs were drawn directly on large zinc plates and printed using new techniques that allowed for brilliant color separations. Present are ten of the printer’s proofs used to test the color separations. Several have slightly different color registrations than appear in the published book. All are pencil-signed by Charlot as well as signed in the plate. Two have the drawing number and title printed in the plate; the others are only the printed image. Individual copies of these lithographs, either removed from the book or from a possible print overrun, occasionally appear on the market, but these are the only proof copies we have seen and are likely unique since they are registration proofs, not the typical published proofs sometimes reserved for the artist. Sizes vary because of trimming but are generally 8-1/2”x10-1/2”. All had been mounted at some time with brown paper tape and have residue on the backs, not affecting frontis. Several have light edge-wear, one with a few nicks, one with some paper-clip transfer, but all of the margins are wide and none of the flaws affect the images. Also present is a copy of the 4-page prospectus for the book, with an eleventh drawing “La Malinche” -- also pencil signed by Charlot. The prospectus is good with toning at the fold and a few small nicks. Ex libris Stendahl Art Galleries, Los Angeles, which was one of the book’s distributors, with its stamp on the ordering blank inside the prospectus. Until its closure several years ago, the Stendahl Gallery was one of America's oldest continuously operating private art galleries and a major provider of avant-garde works to major institutions throughout the world.

Set of 10 printer’s proofs and the original prospectus for “Picture Book: 32 Original Lithographs By Jean Charlot.”