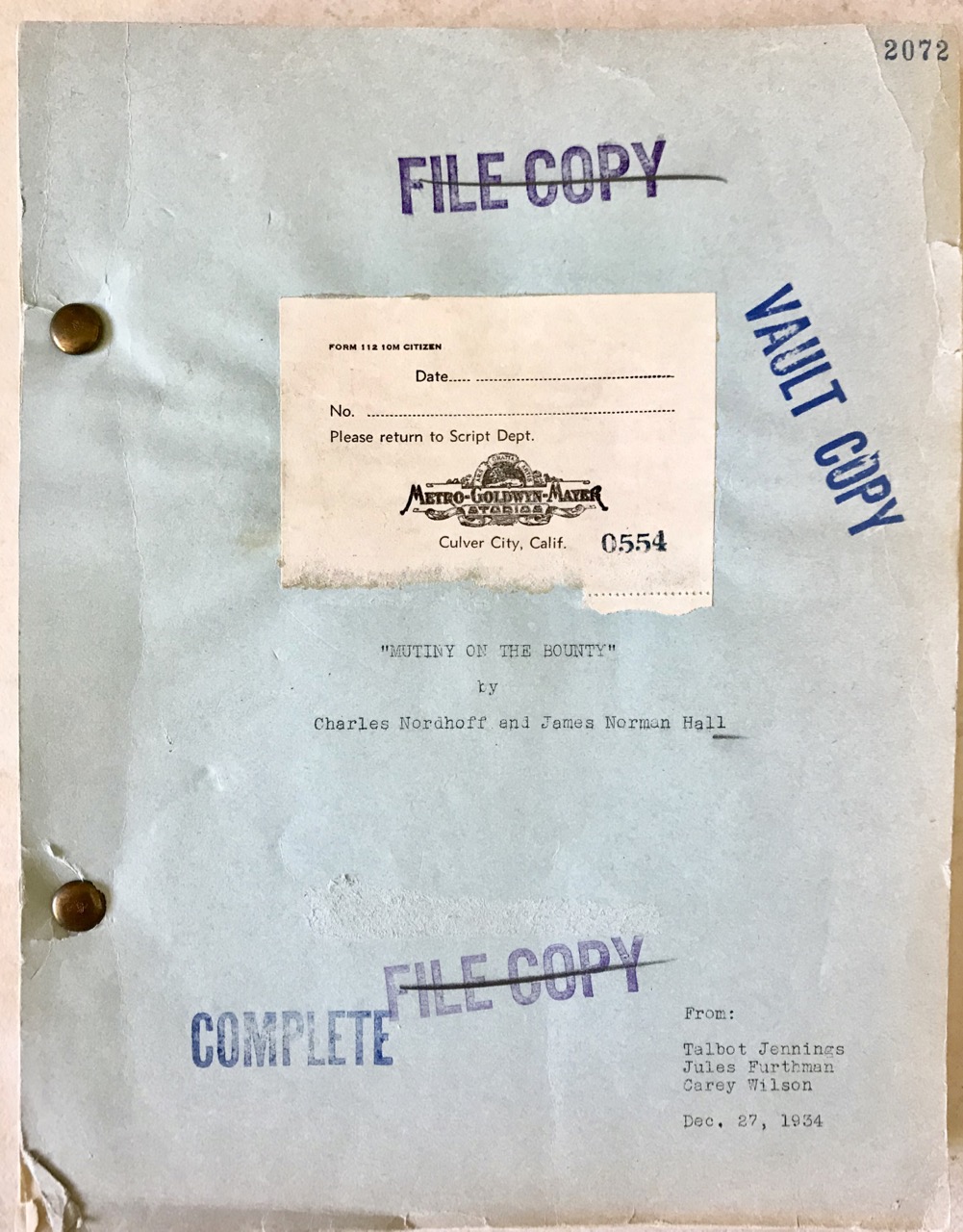 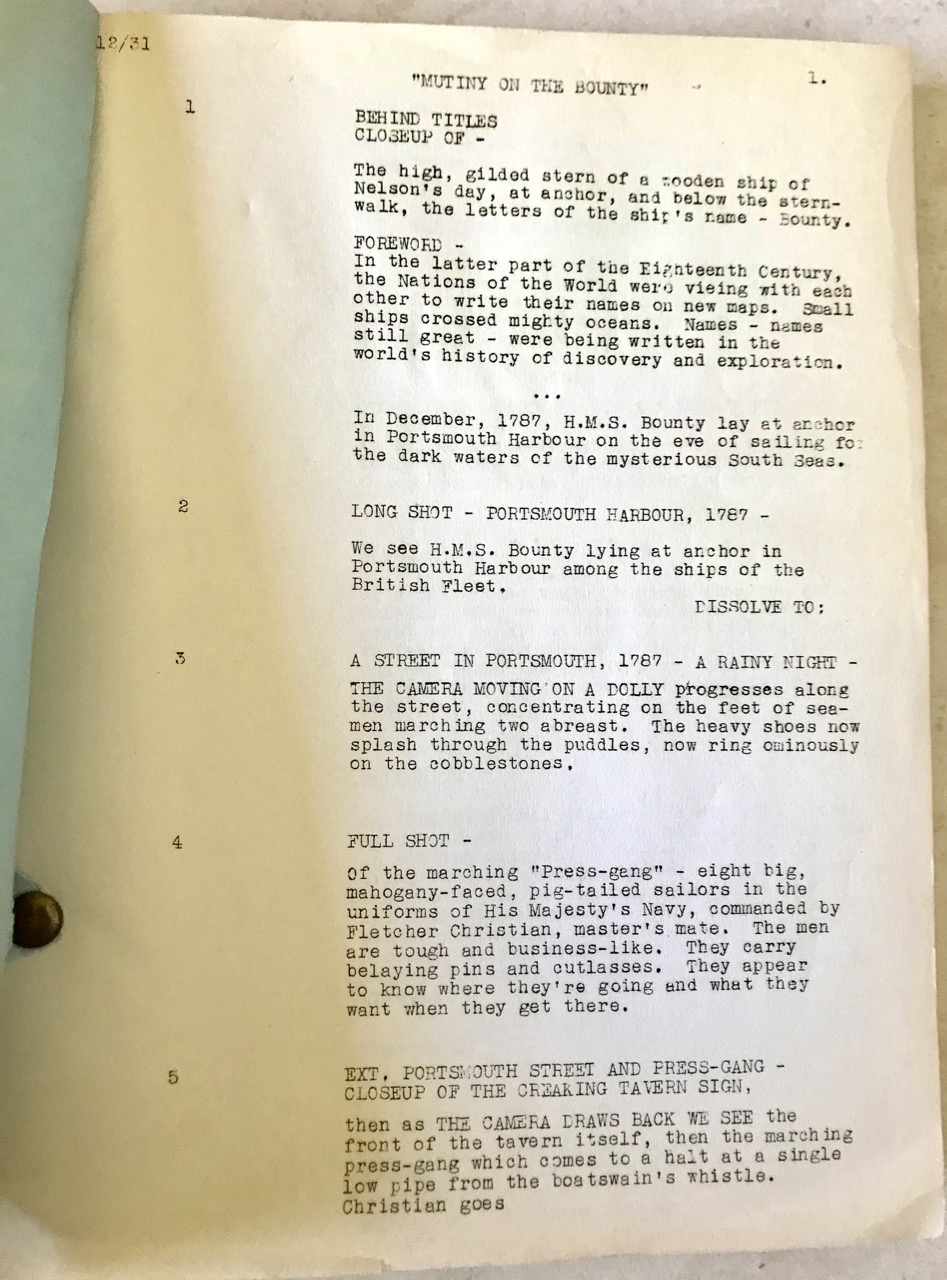 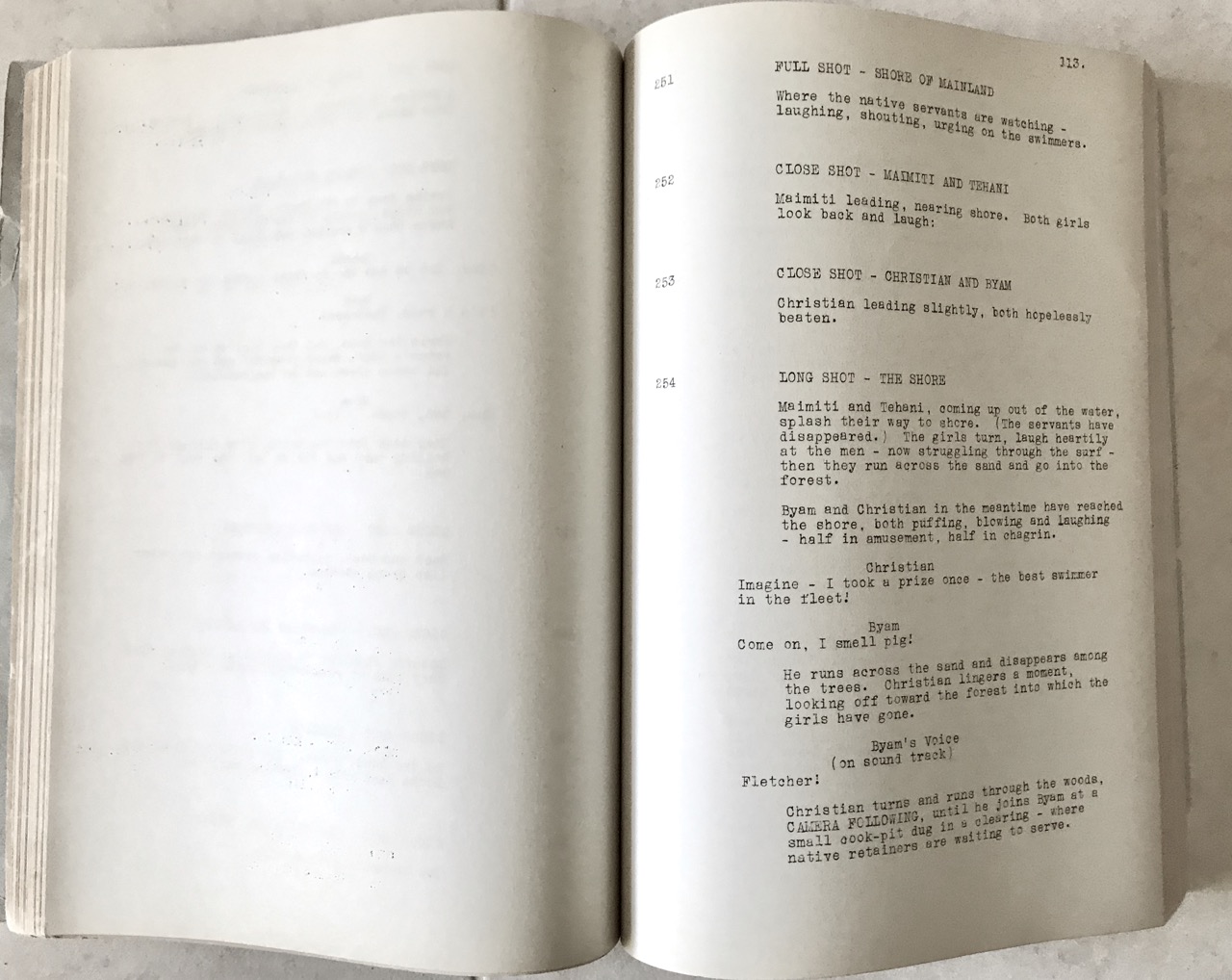 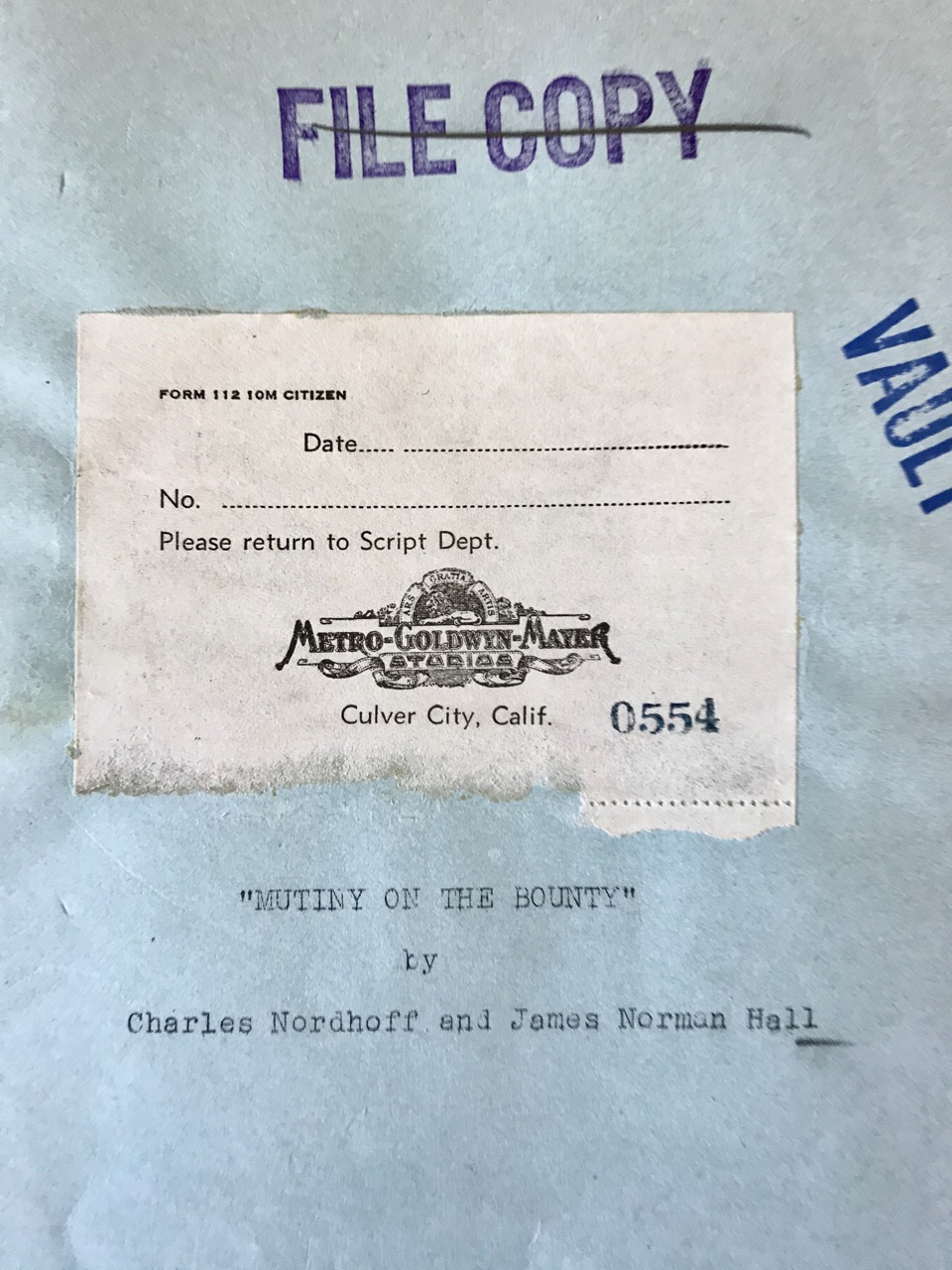 Original screenplay for the Oscar-winning 1935 film “Mutiny on the Bounty”.

Culver City: Metro Goldwyn Mayer Studios, 1934. 4to, pale blue studio covers, 2-hole punched with brad fasteners. 225 pp. Based upon the 1932 best-selling novel, this is the complete shooting script, dated Dec 27,1934. Studio label on front cover with production no. 0554; “2072” stamped in upper right corner. All pages are white with black mimeographed text; no colored page insertions or written interlineations. The film was produced by Irving Thalberg and directed by Frank Lloyd. Starring Charles Laughton and Clark Gable, it was one of MGM's biggest hits of the 1930’s and was a critical success. Despite some historical inaccuracies, later film critics consider this adaptation to be the best cinematic work inspired by the mutiny and the film is #86 on the American Film Institute’s list of 100 best American films. It was nominated for eight Academy Awards, including best screenplay, and won the award for Best Picture. “The Informer,” starring Victor McLaglen, swept most other major awards that year. The Writers Guild, on the other hand, recognized Jennings, Furthman and Wilson for writing the best screenplay of the year. Scarce; we are unaware of any other copies of this screenplay appearing on the market. ###### Condition: Good+. Covers worn and faded, as is typical for scripts of the period, with several nicks and small tears at the edges. Studio label on front cover lacking a small piece at bottom. Minor tears at the brads. Interior pages are clean and complete. Stamped “COMPLETE” / “VAULT COPY”. The words FILE COPY appear twice, lined out.

Title: Original screenplay for the Oscar-winning 1935 film “Mutiny on the Bounty”.

Original screenplay for the Oscar-winning 1935 film “Mutiny on the Bounty”.