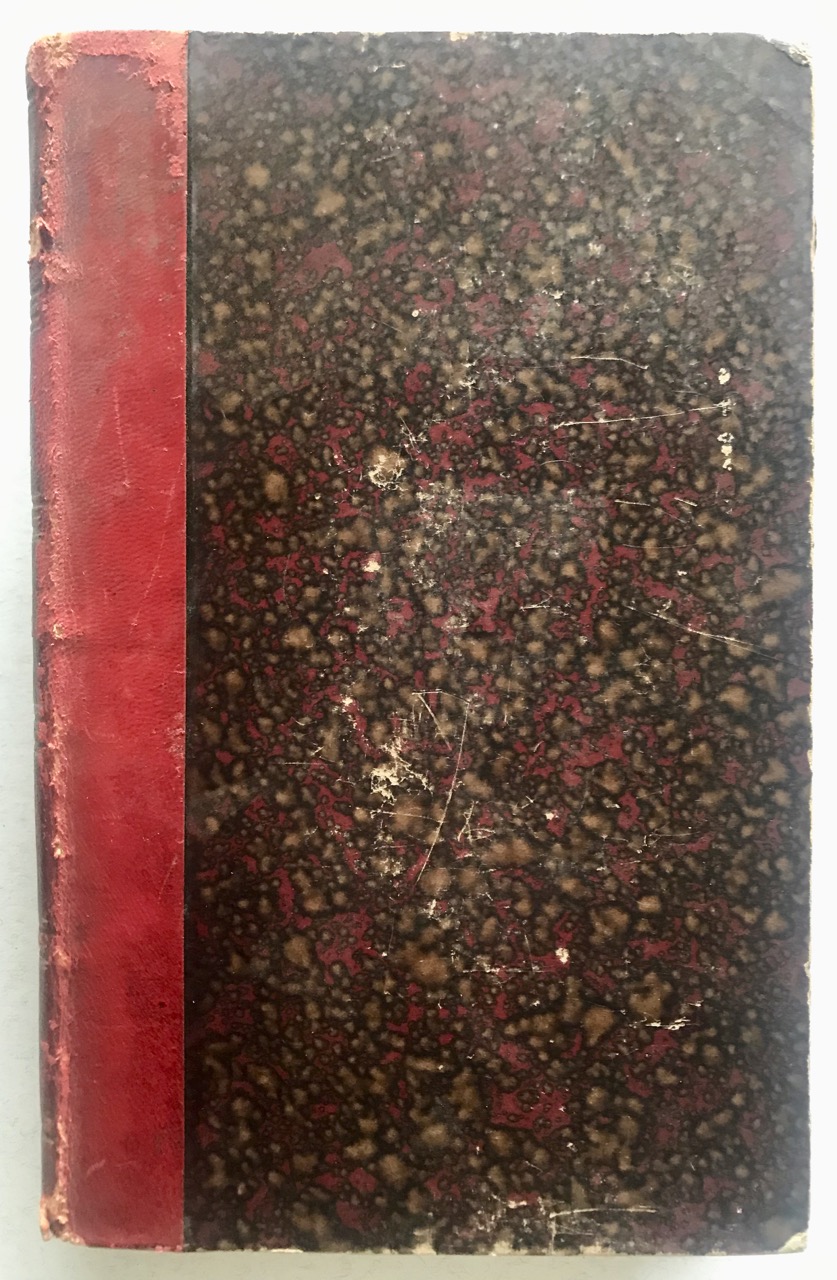 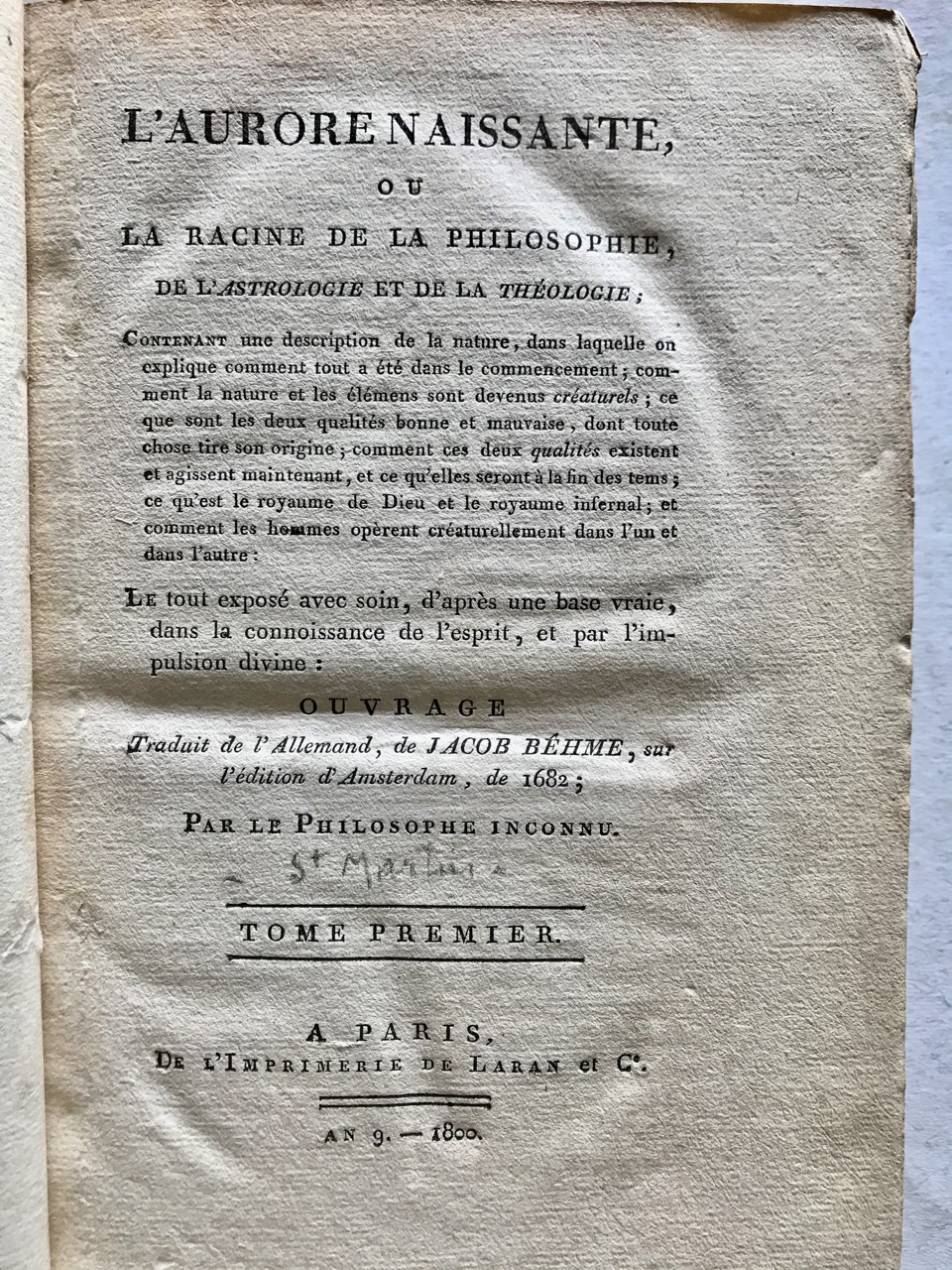 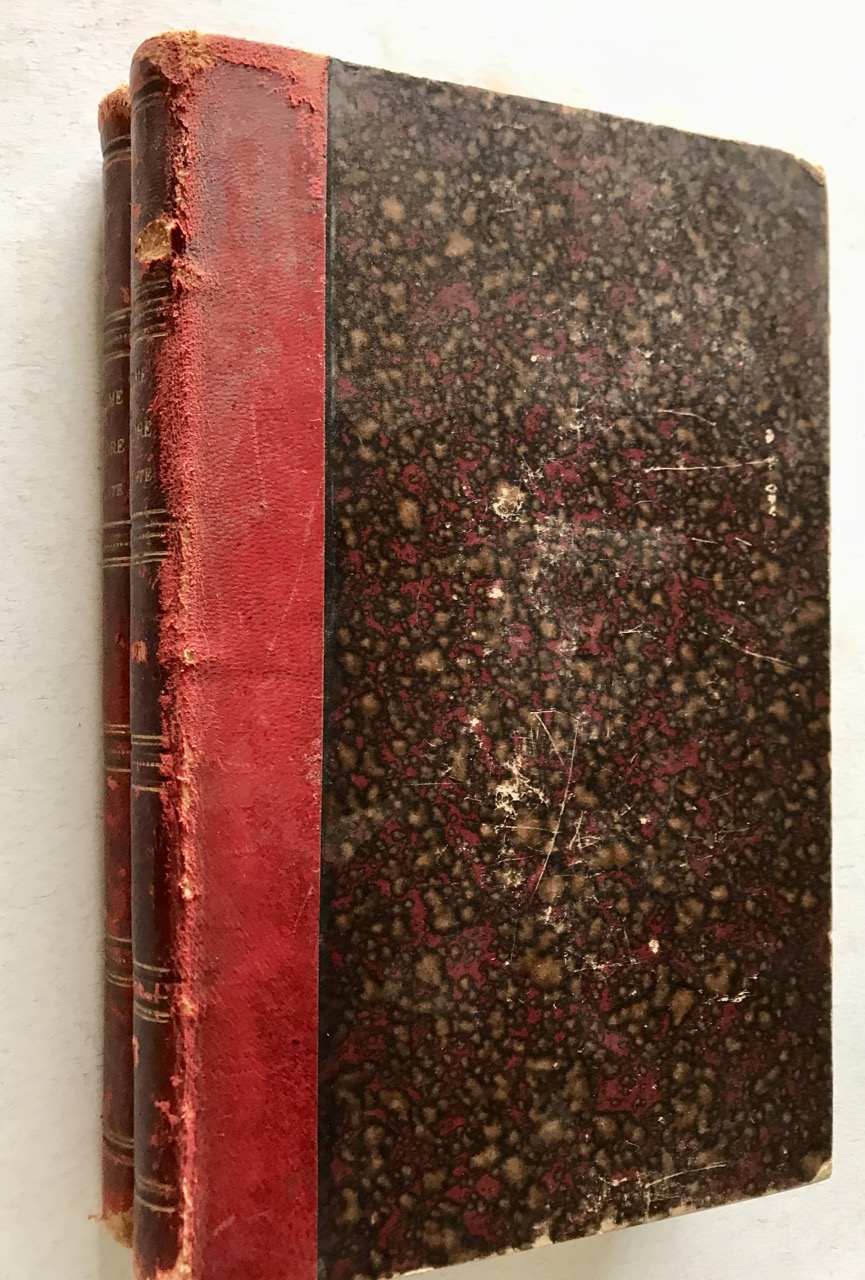 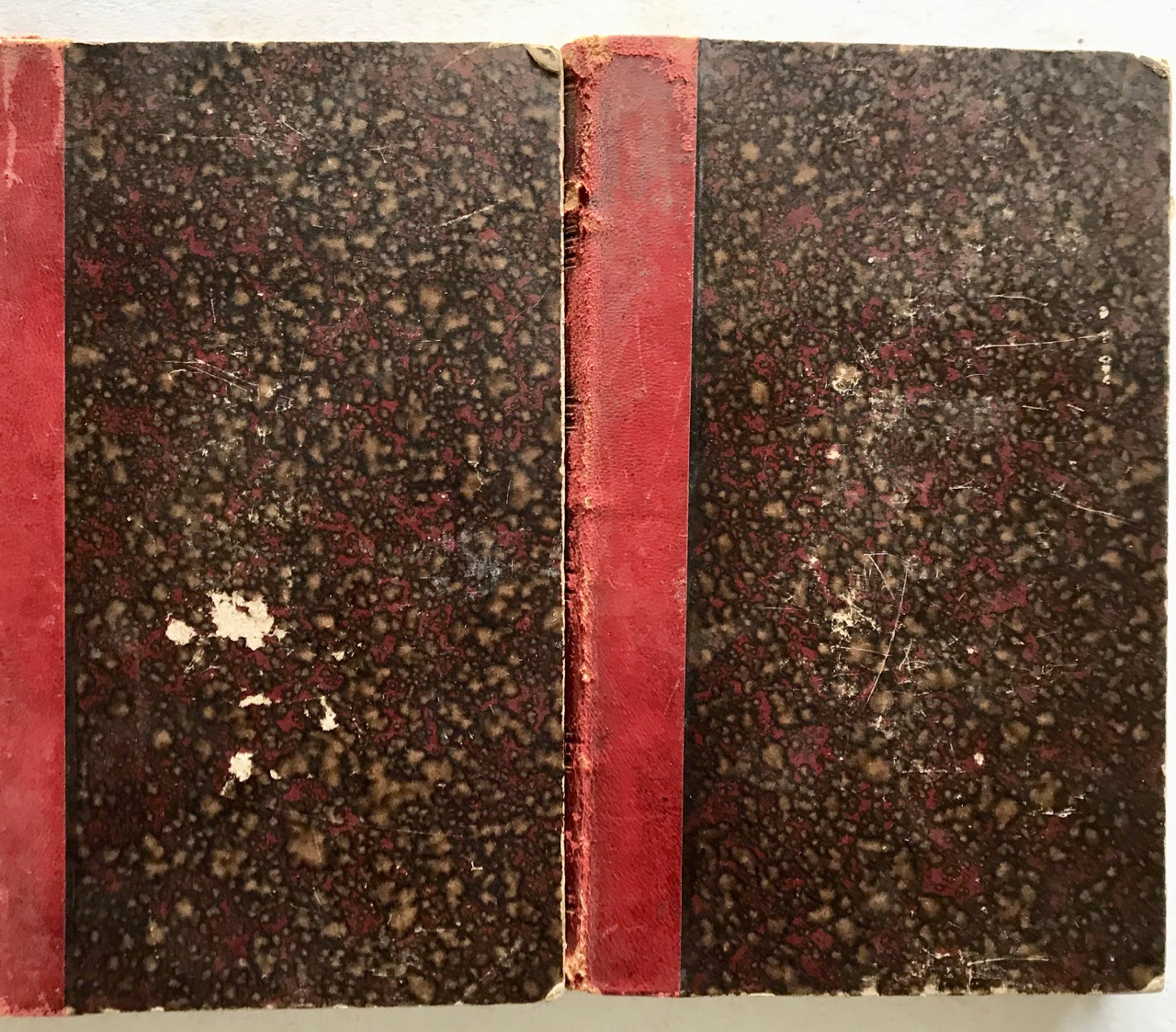 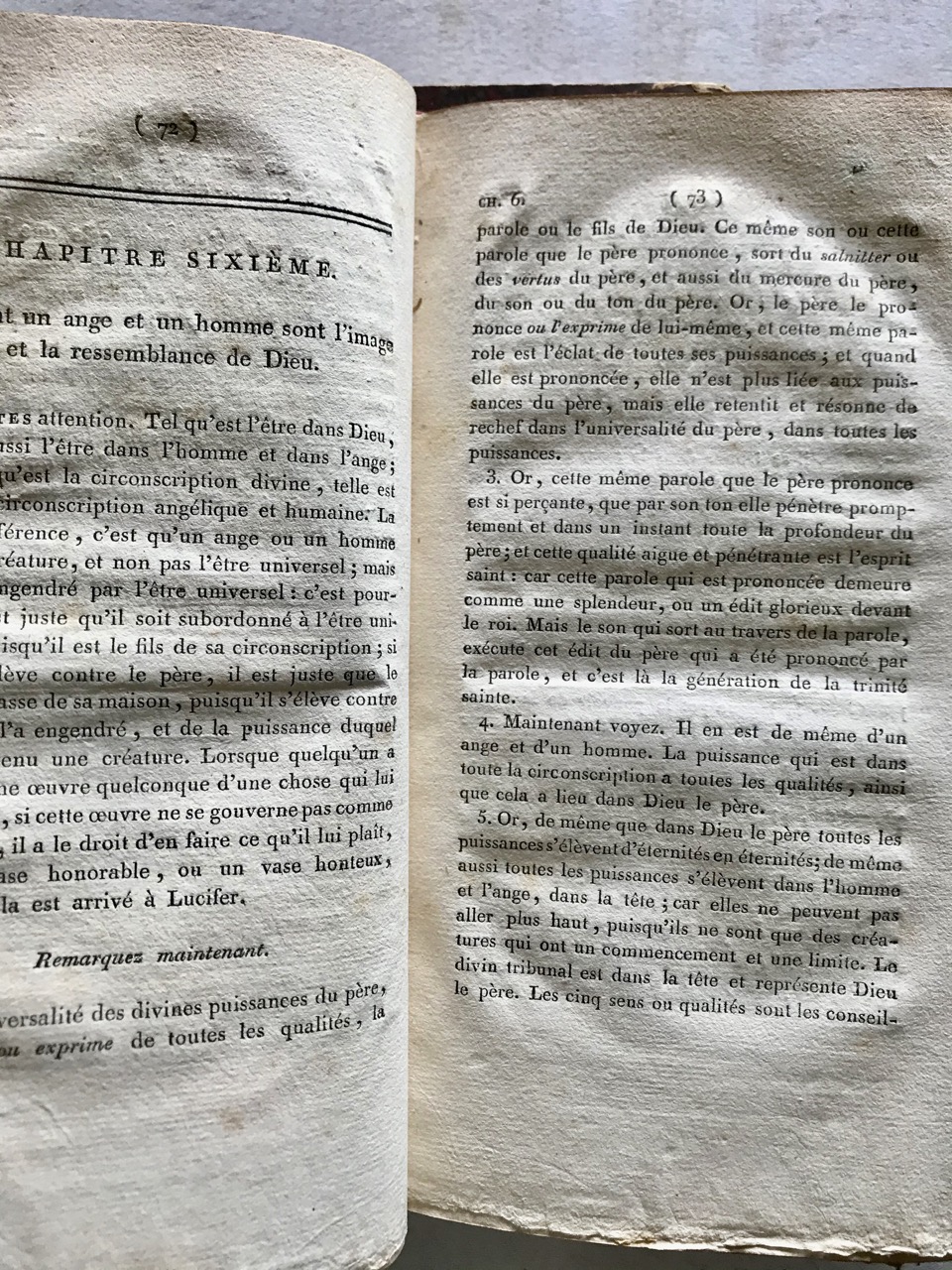 2 volumes, 8vo. [iv] 166, [iv] 342 pp. red-calf & marbled boards, raised bands, gilt titles. Translated to French by “le Philosphe Inconnu” [Louis Claude de Saint-Martin] from the German edition published in Amsterdam in 1682. #####Jakob Bohme [1575 –1624) was a German philosopher, Christian mystic, and Lutheran Protestant theologian. He had a number of mystical experiences and visions that revealed the spiritual structure of the world, as well as the relationship between God and man, and good and evil. Bohme wrote the book for himself and it was never completed. A manuscript copy fell into the hands of Gregorius Richter, the chief pastor of Görlitz, who considered it heretical and threatened Bohme with exile if he continued working on it. Bohme did not write anything else for several years but at the insistence of friends who had read Aurora, he started writing again in 1618 and published several works before his death in 1624. Following the publication of his books in England, Holland and Germany in the 1640s and 1650s, Bohme became important in intellectual circles in Protestant Europe. An 18th century revival brought interest among German Romantics, who considered Bohme a forerunner to their movement. Poets such as John Milton, William Blake and, W. B. Yeats also claimed inspiration from Bohme's writings. Although the work is still in print, early translations such as this are scarce. None of this particular edition in OCLC. ##### Condition: Good; covers rubbed and worn, prior owners book label inside front pastedowns; a little internal foxing, otherwise clean and tight.