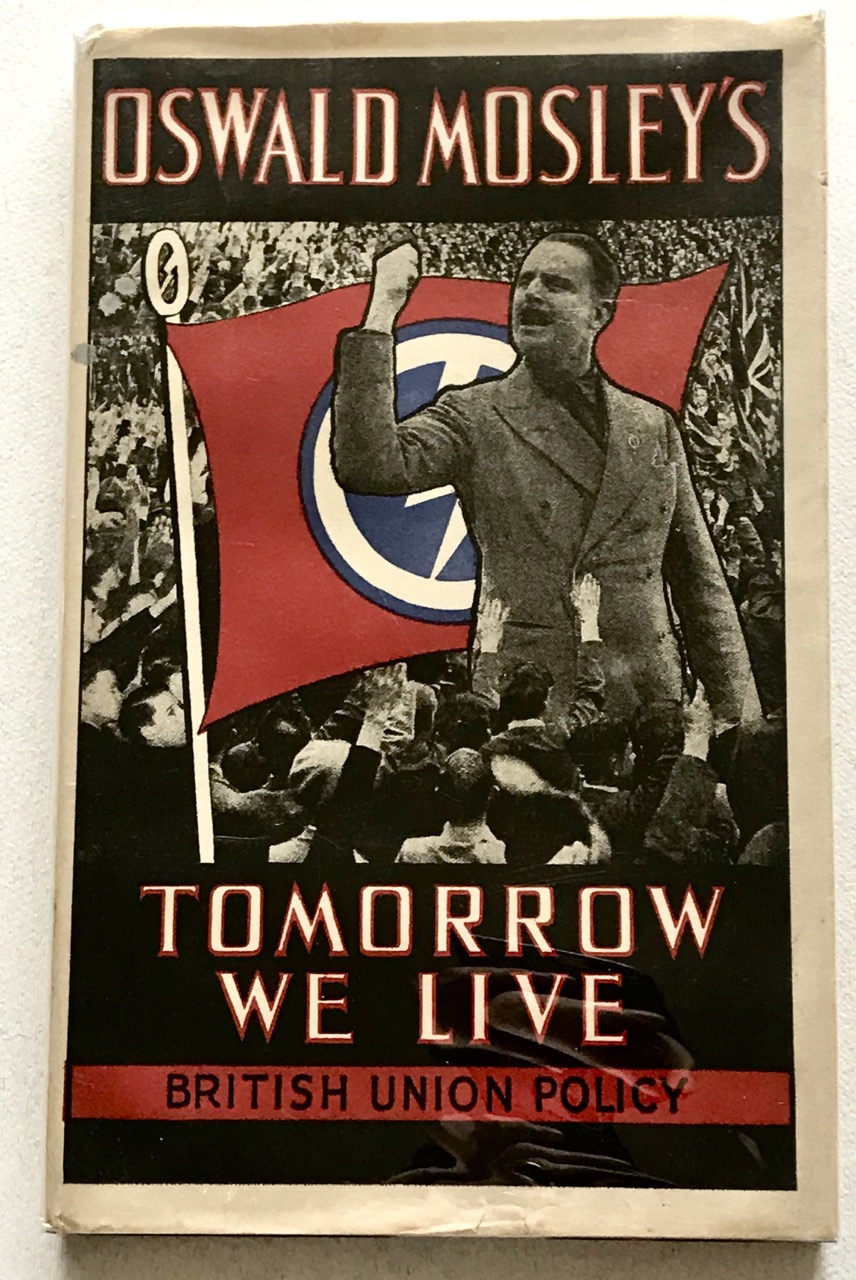 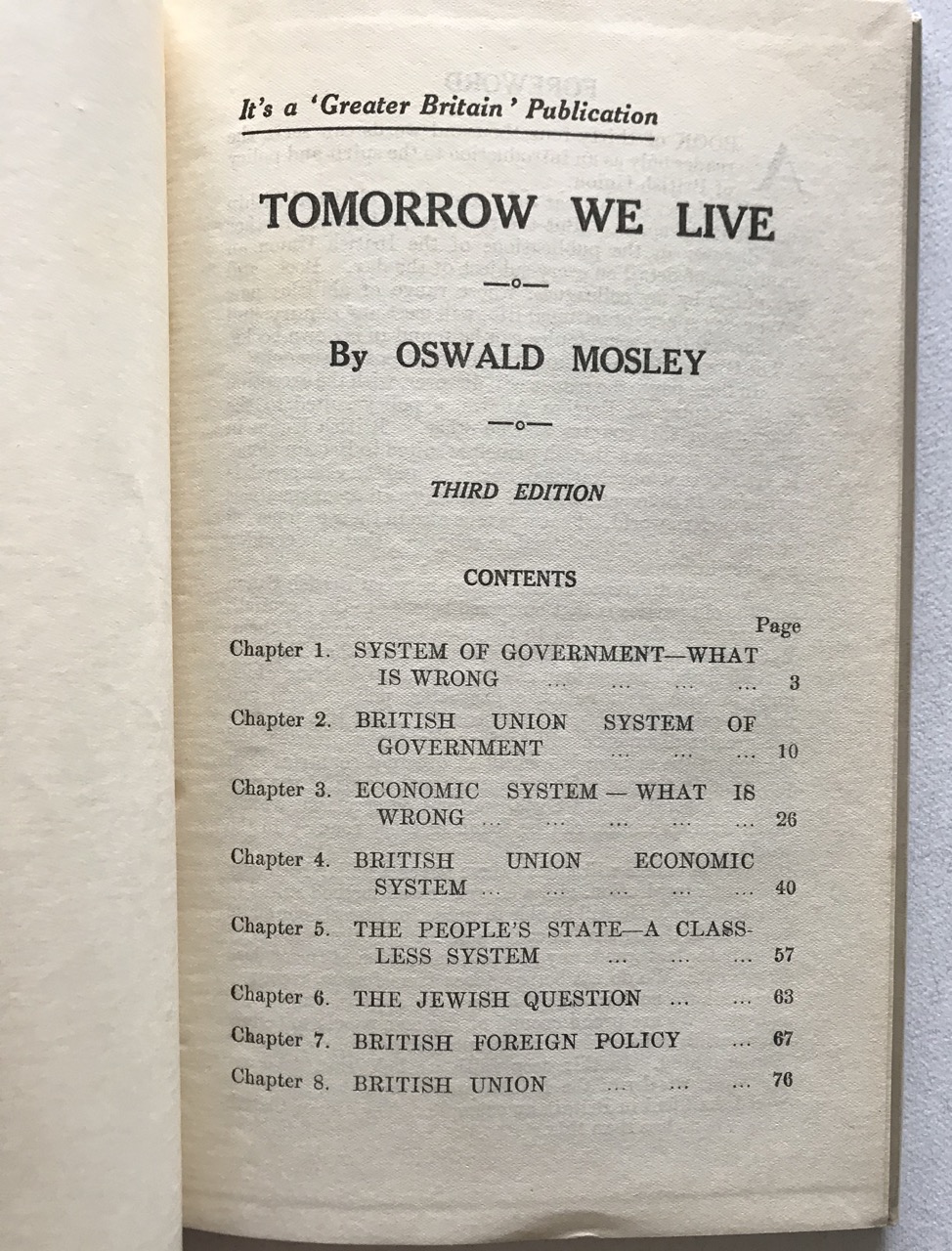 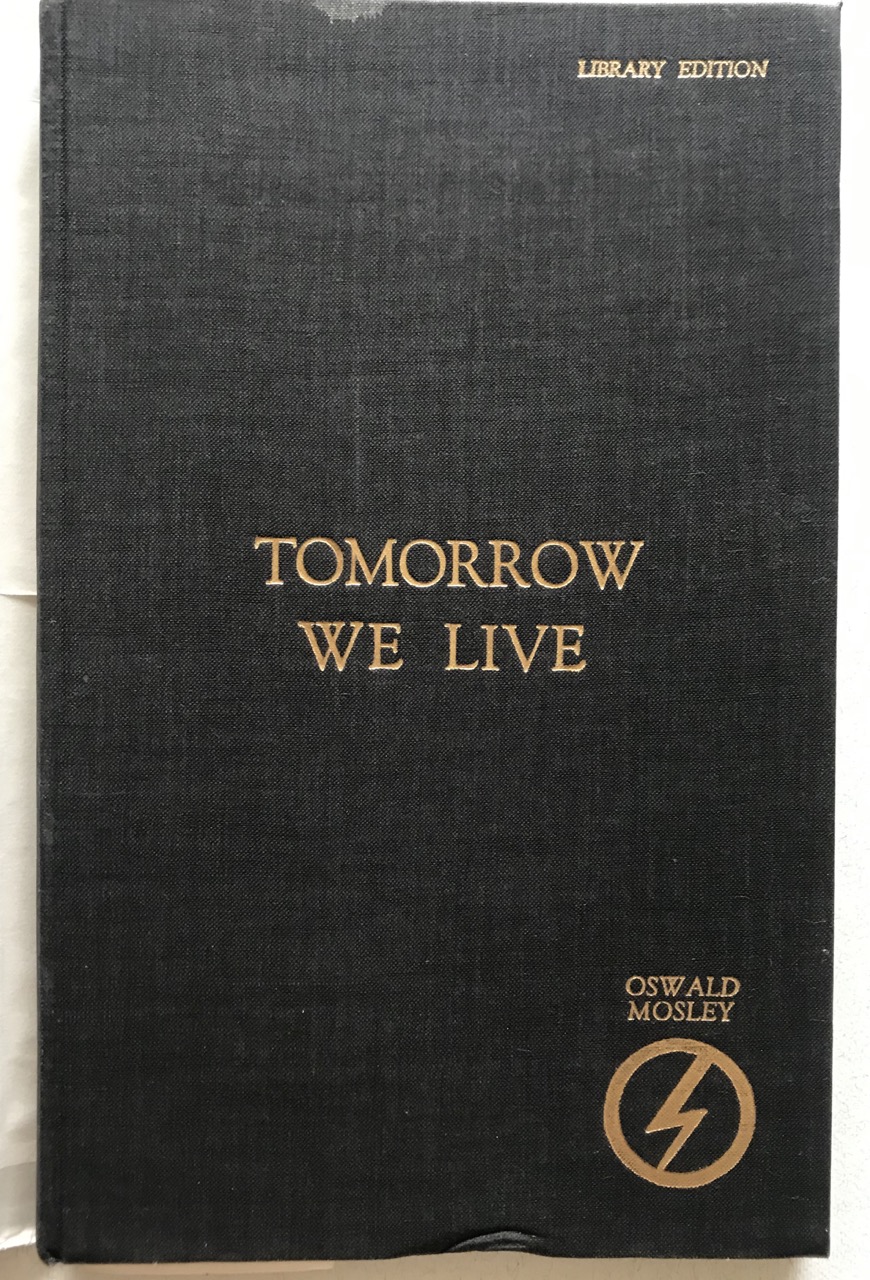 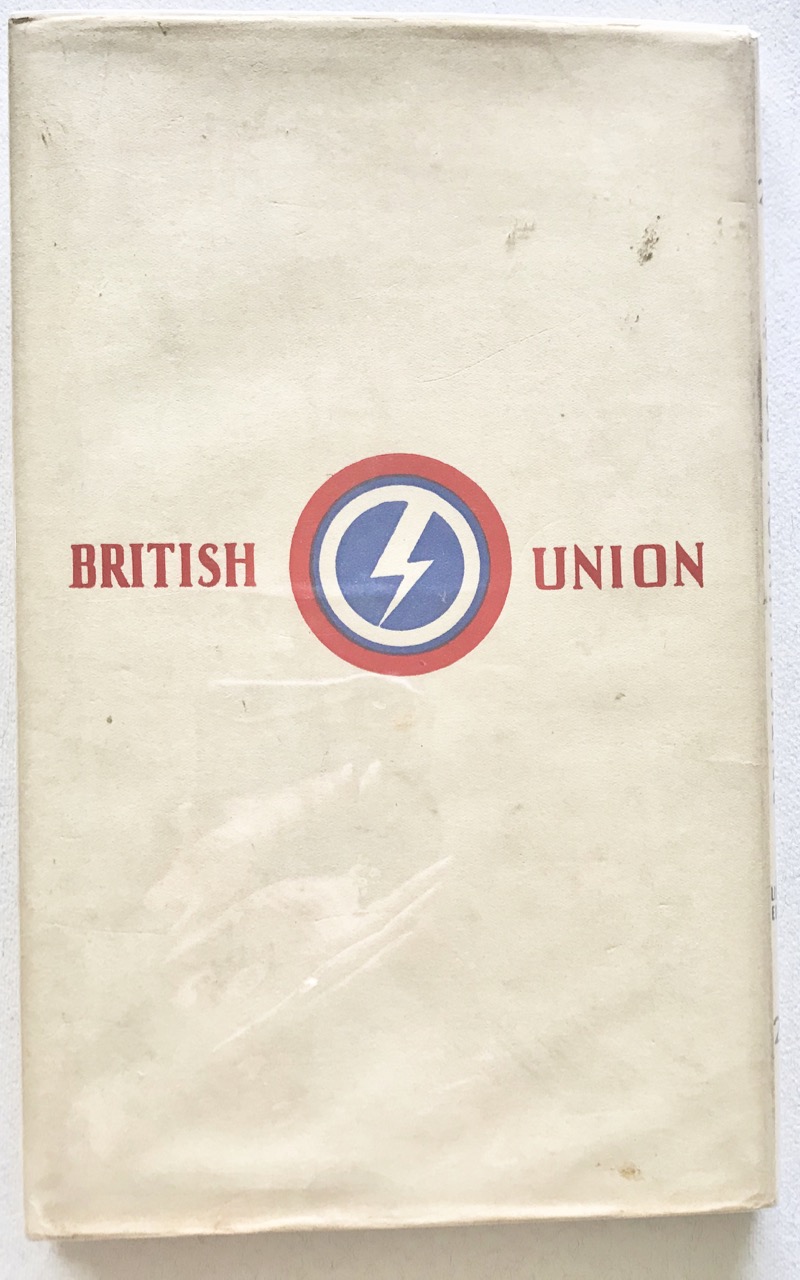 Abbey Supplies Ltd., London ('Greater Britain' Publications), 1938. 8vo, black cloth. 80 pp. gilt titles. Oswald Mosley was a British politician who rose to fame in the 1920s as a Member of Parliament and later as leader of the British Union of Fascists (BUF). He was considered a potential Labour Prime Minister but resigned due to discord with the Government's unemployment policies. Mosley was imprisoned in May 1940, and the BUF was banned. He was released in 1943 and, politically disgraced by his association with fascism, moved abroad in 1951; he spent the majority of the remainder of his life in Paris. VG-; Front cover lightly bowed, top and bottom edges lightly foxed, ½” bump on bottom edge. Otherwise a clean, tight copy in VG dustjacket; small stain at top edge, chip at top of spine. Scarce in d/w 95