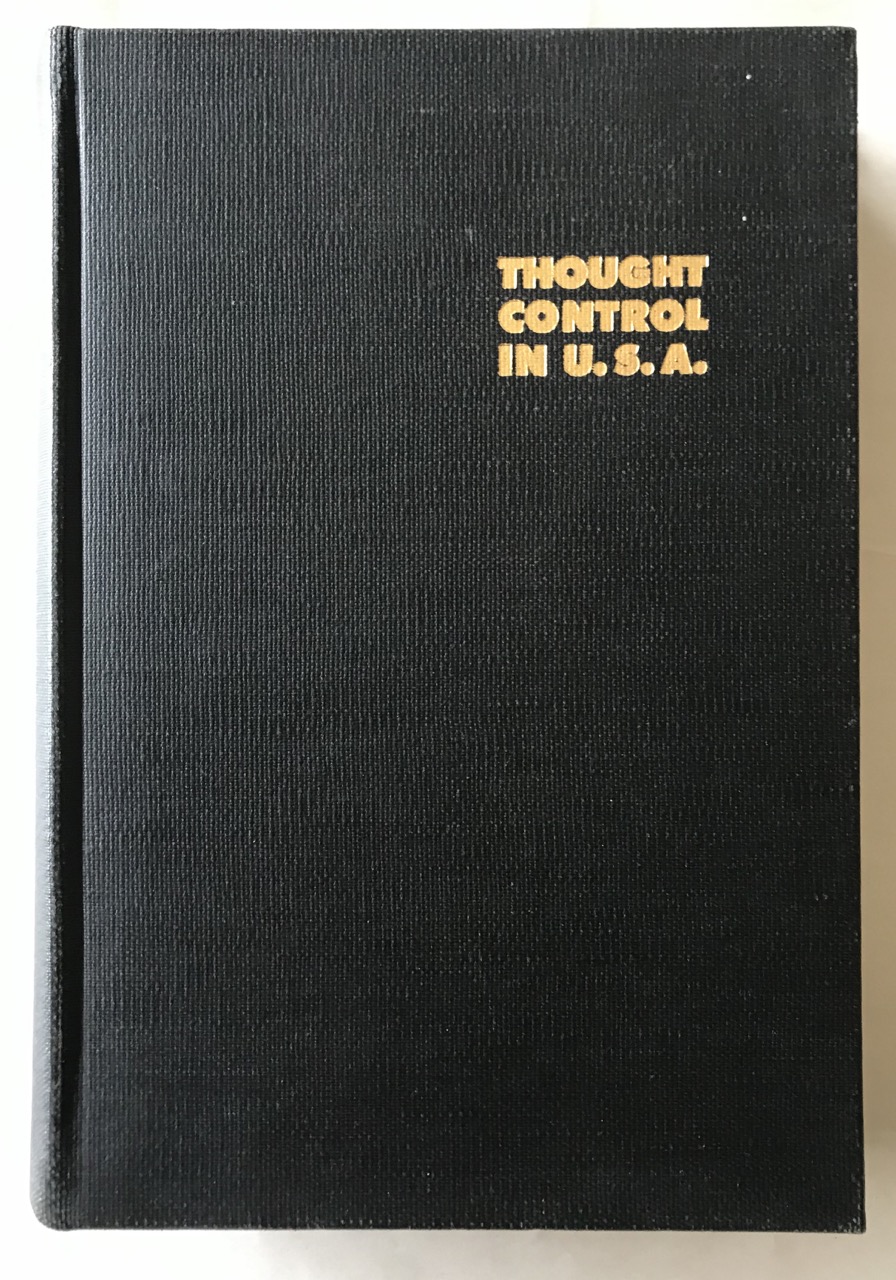 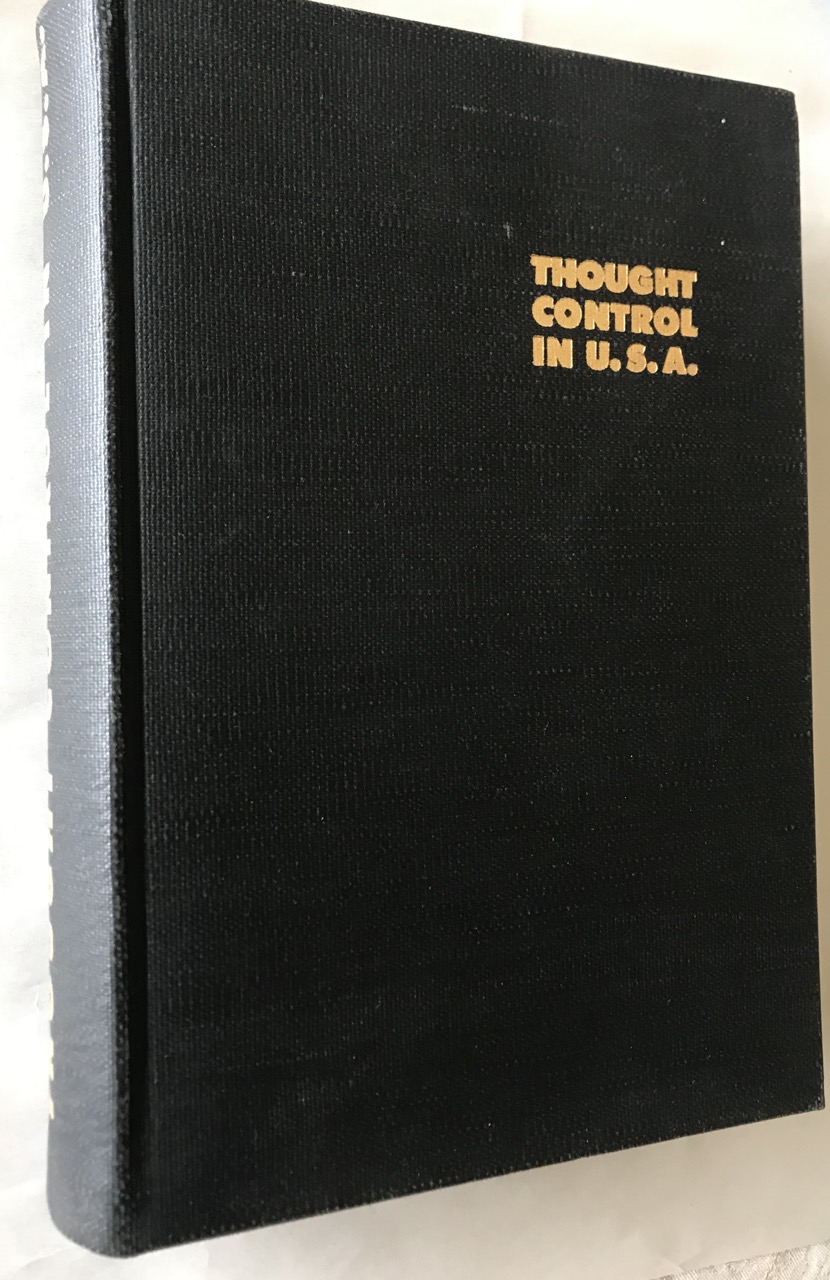 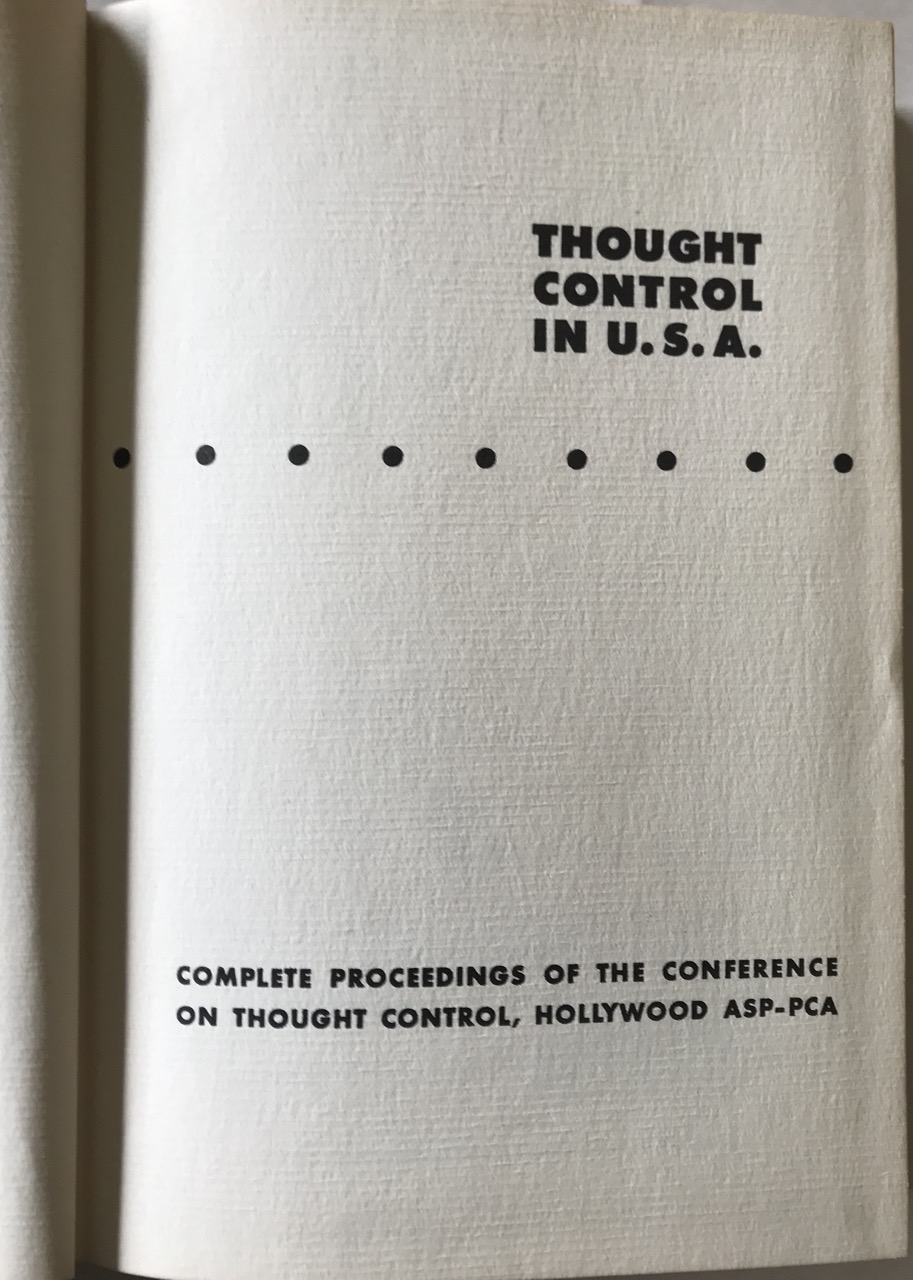 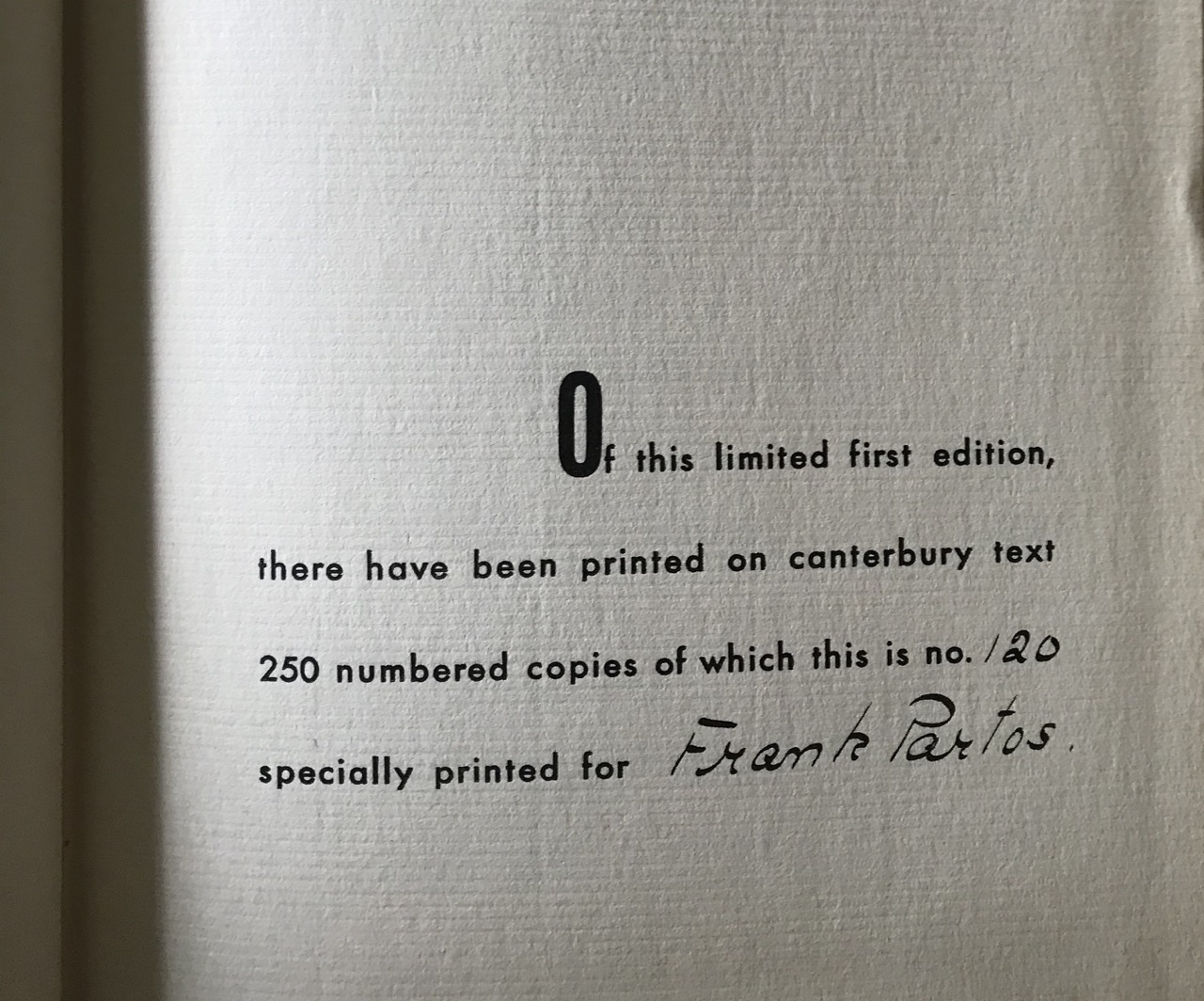 Thought control in USA; Complete proceedings of the Conference on Thought Control, Hollywood ASP-PCA in the US

1st ed., limited to 250 numbered copies. 8vo, black cloth/gilt titles. 432pp. In 1947, as anti-Hollywood sentiment ran high, ASP-PCA—Progressive Citizens of America—sponsored a massive public meeting protesting HUAC and the increasing use of loyalty oaths. They provided important public and financial support to the Hollywood Ten, a subset of the nineteen originally subpoenaed who were held in contempt and subsequently blacklisted by the Hollywood film industry. ASP-PCA also worked on intellectual freedom issues beyond the confines of Hollywood. In 1947, it organized “Thought Control in the U.S.A.,” a small professional conference that protested the encroachment of control and censure into academia and everyday life -- this book is the record of those proceedings. Colophon at front states “No. 120 [holographic numerals] specially printed for Frank Partos". Frank Partos was an American screenwriter and a founding member of the Screen Actors Guild. He shared an Academy Award nomination for The Snake Pit (1948). He also co-wrote the 1951 film noir The House on Telegraph Hill. These proceedings were also published in softcover in 6 separate parts under the variant title THOUGHT CONTROL IN U.S.A. The Collected Proceedings of the Conference on the Subject of Thought Control in the U.S.A. July 9-13, 1947. CONTENTS: No. 1: The Conference: the opening session; the legal aspects; No. 2: The Press, Radio; No. 3: Literature, Music, The Arts, Architecture; No. 4: Medicine; Science, and Education; No. 5: The Film, the Actor; No. 6: Toward Freedom of Thought, the closing session, index to the proceedings of the conference. Condition: Fine; a bright, clean copy. Light toning to end papers.

Title: Thought control in USA; Complete proceedings of the Conference on Thought Control, Hollywood ASP-PCA in the US

Thought control in USA; Complete proceedings of the Conference on Thought Control, Hollywood ASP-PCA in the US