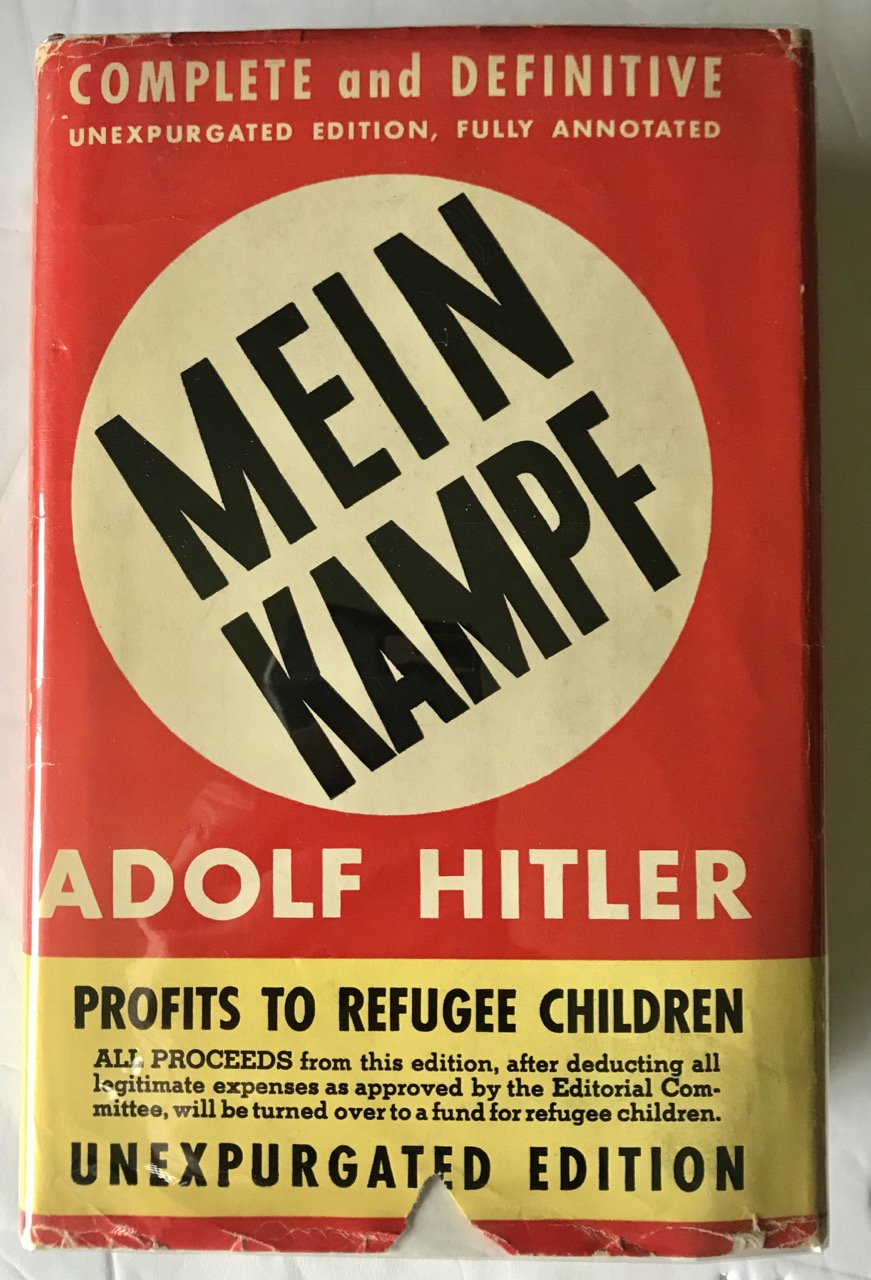 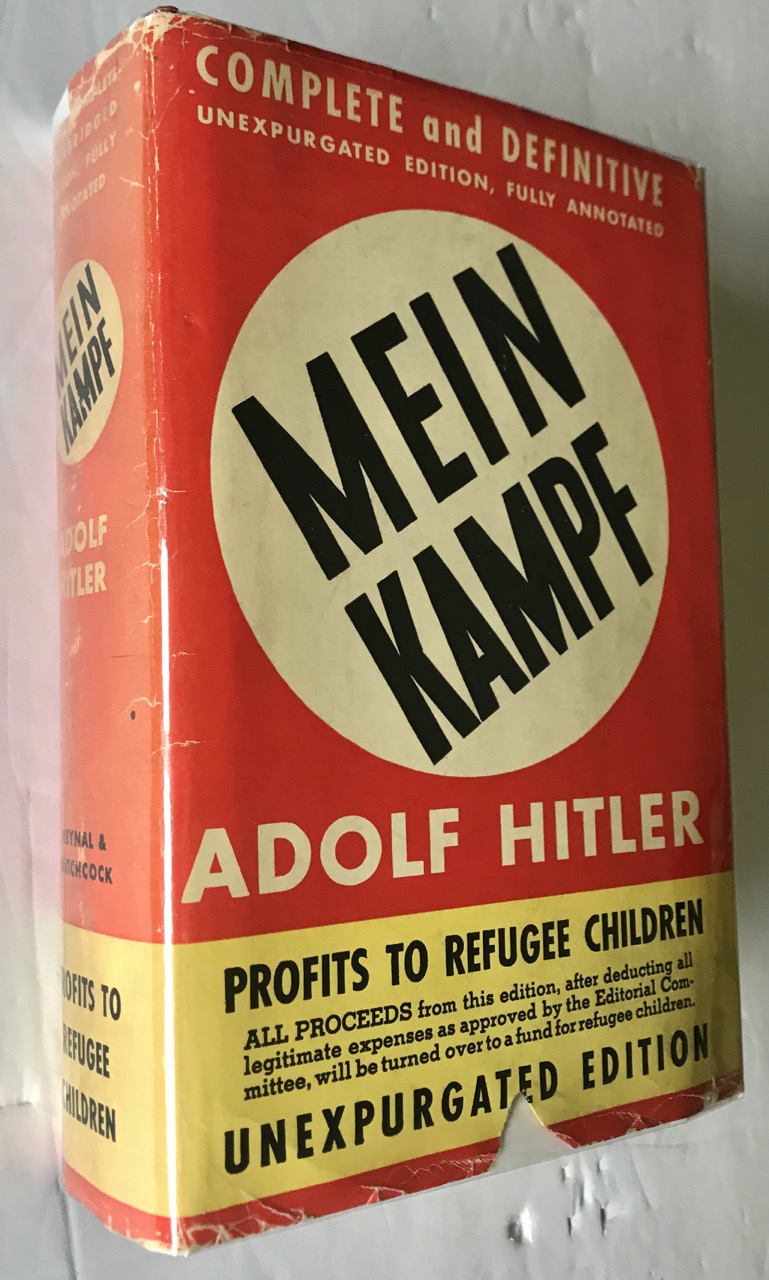 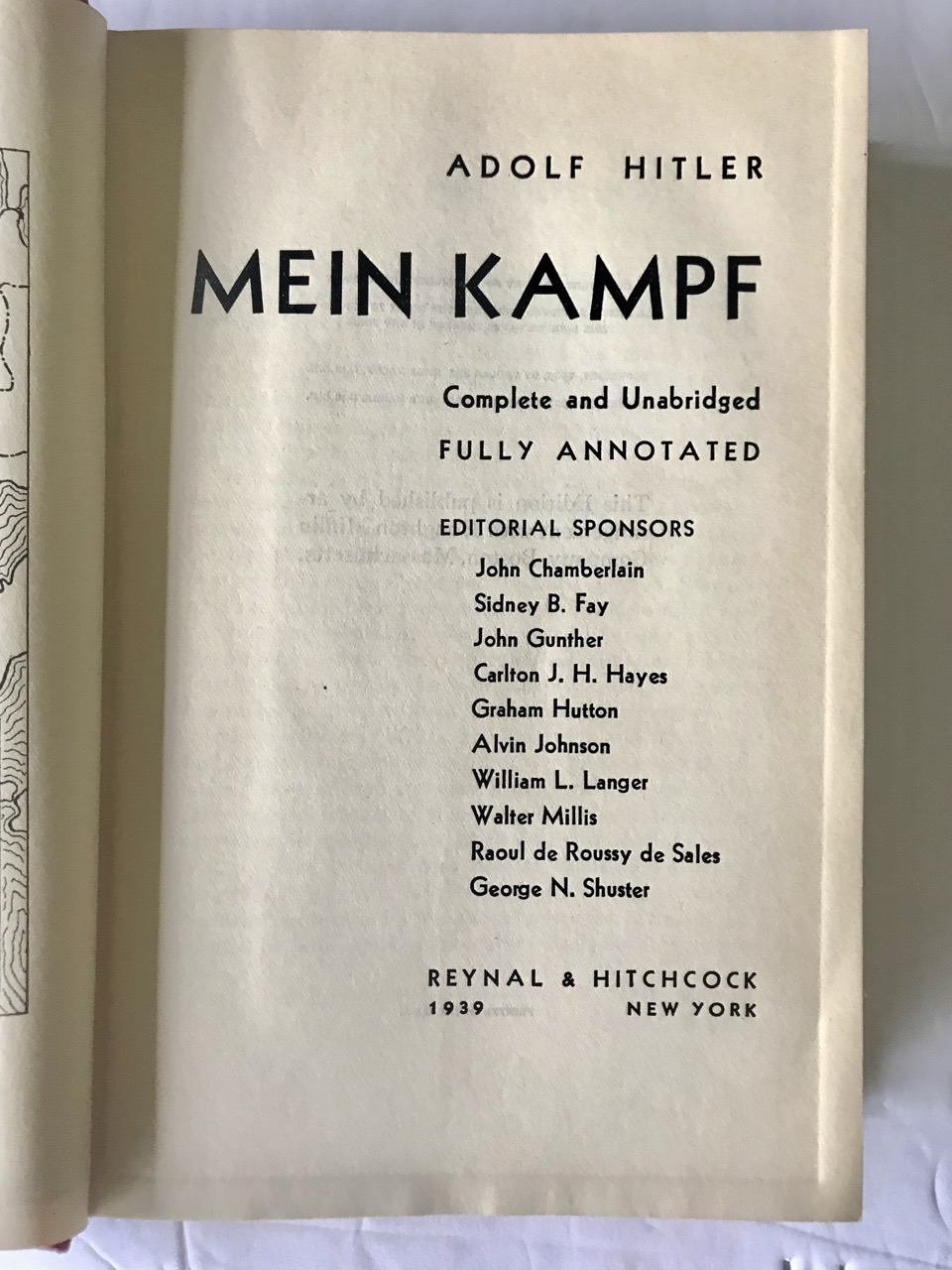 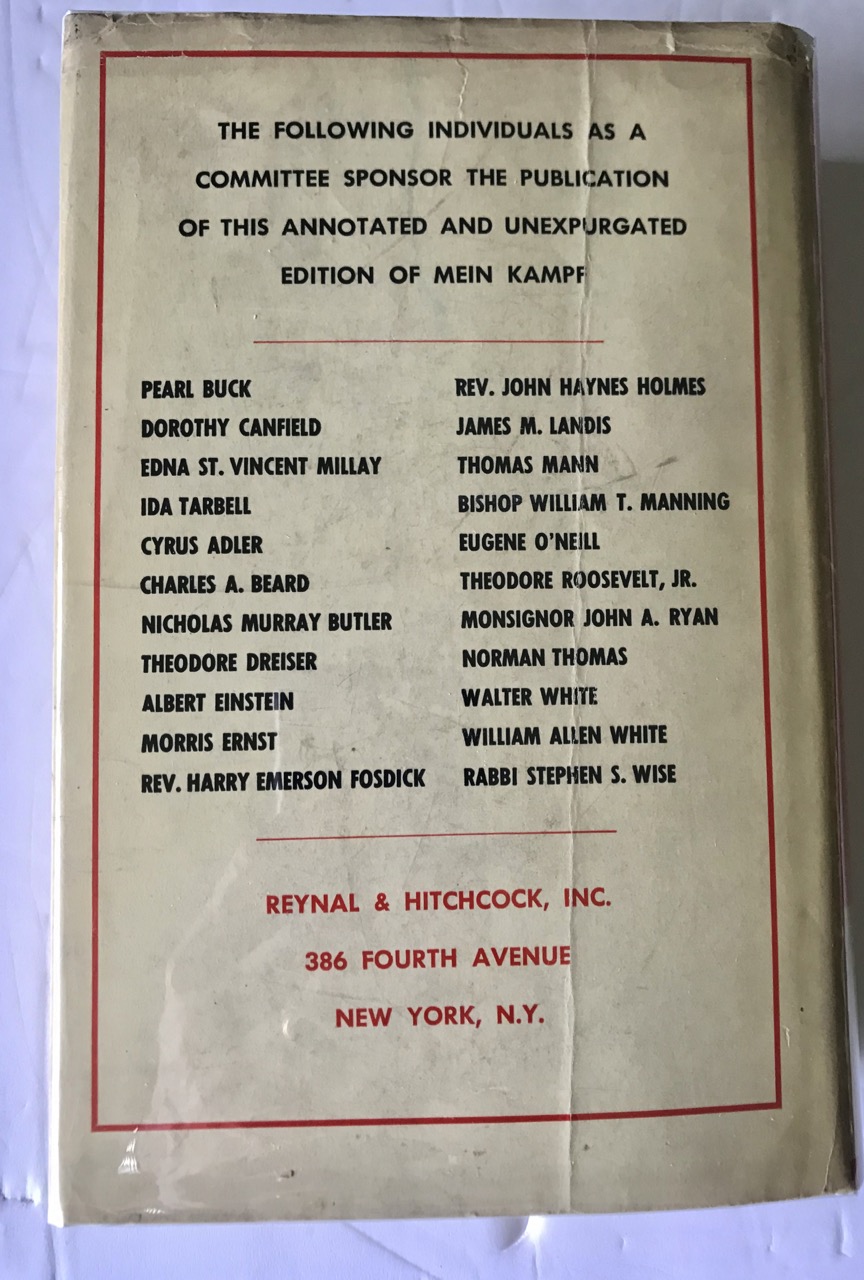 First complete publication in English. 8vo, red cloth, 1003 pp. A special edition with proceeds to a fund for refugee children. Mein Kampf had a complicated publishing history with several editions in English between 1933 and 1937. After the Munich crisis in September 1938, Reynal & Hitchcock decided it imperative to have an unexpurgated edition available to the public. They found that a team of scholars at the New School of Social Research were preparing such a translation and they approached both this committee and American publisher Houghton Mifflin about publishing the translation under a license. To counter claims that sales of its translation would go to the Third Reich, Reynal contacted the various boycott committees and pledged all profits above their legitimate expenses would go to a charity for refugees. The text was heavily annotated for an American audience with biographical and historical details derived largely from German sources. This copy is from the book-of-the-month club distribution, with review pamphlet by Dorothy Thompson bound in by the publisher. In the scarce first state jacket with a yellow band denoting that profits would go to refugee children. Laid in is a blue donation envelope and card for the China Child Welfare agency. Condition: Very good in fair d/w. A clean tight copy with some toning to end-papers; several light finger-print smudges to front board. Dust jacket faded at spine, numerous nicks to corners and edges, two small open tears.