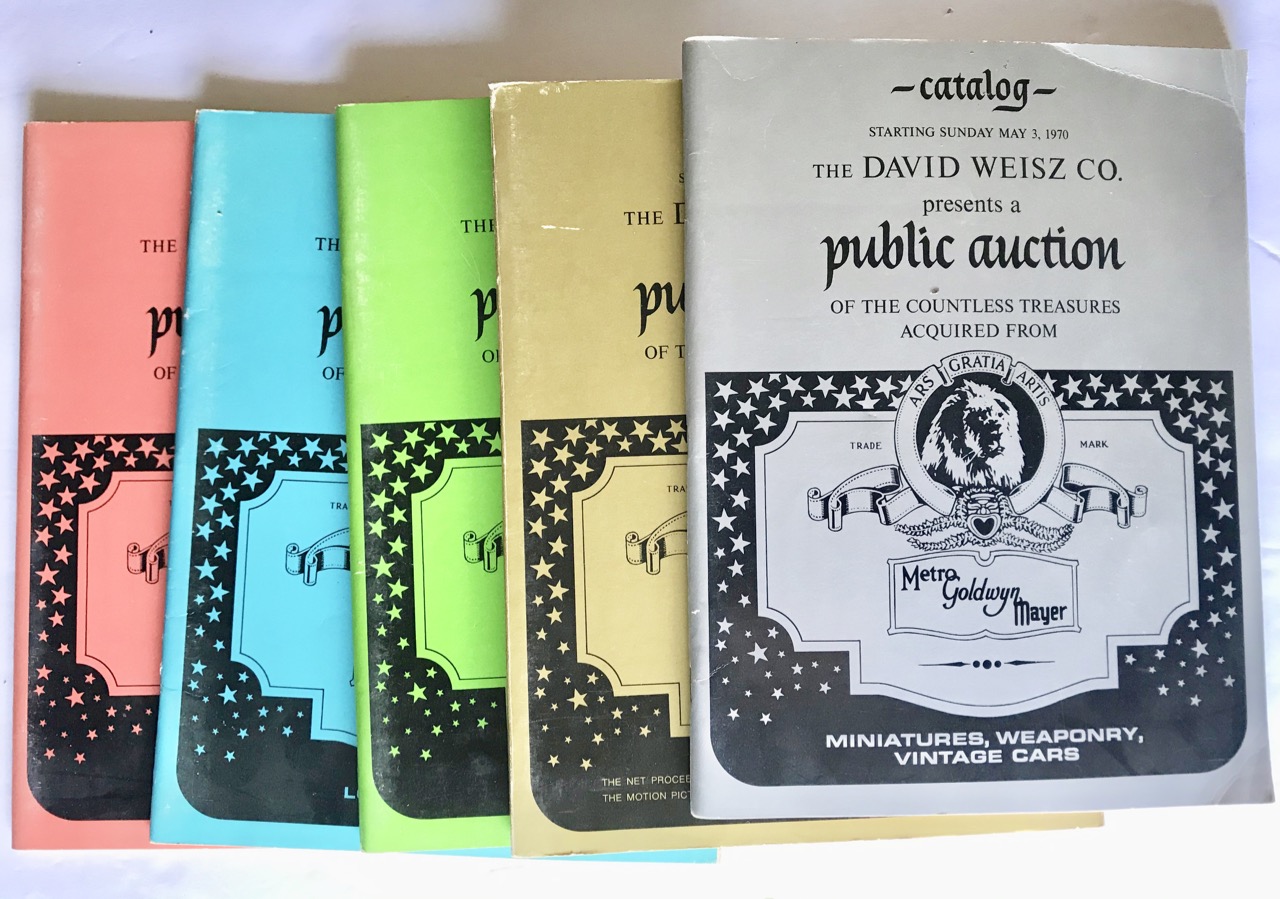 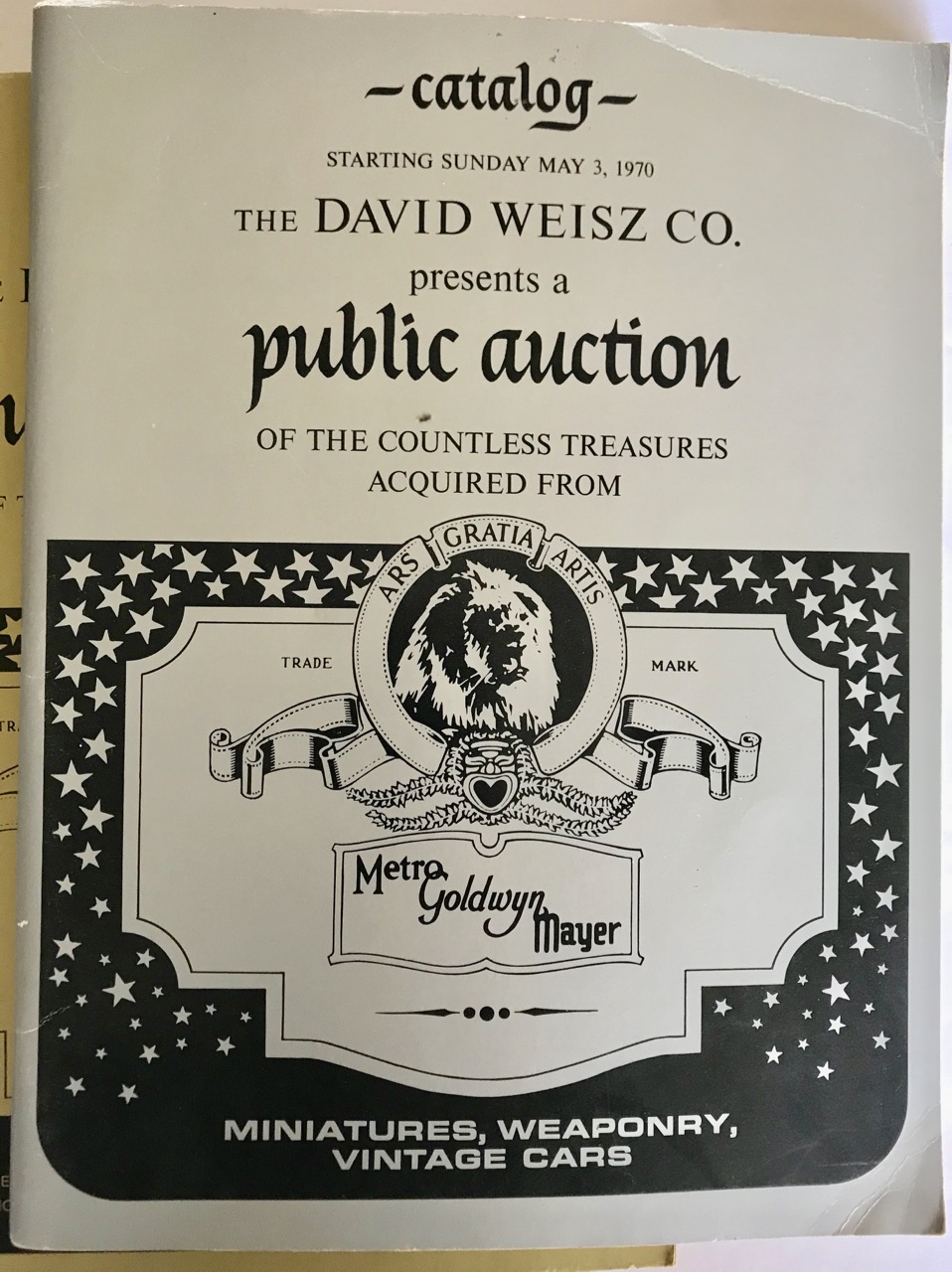 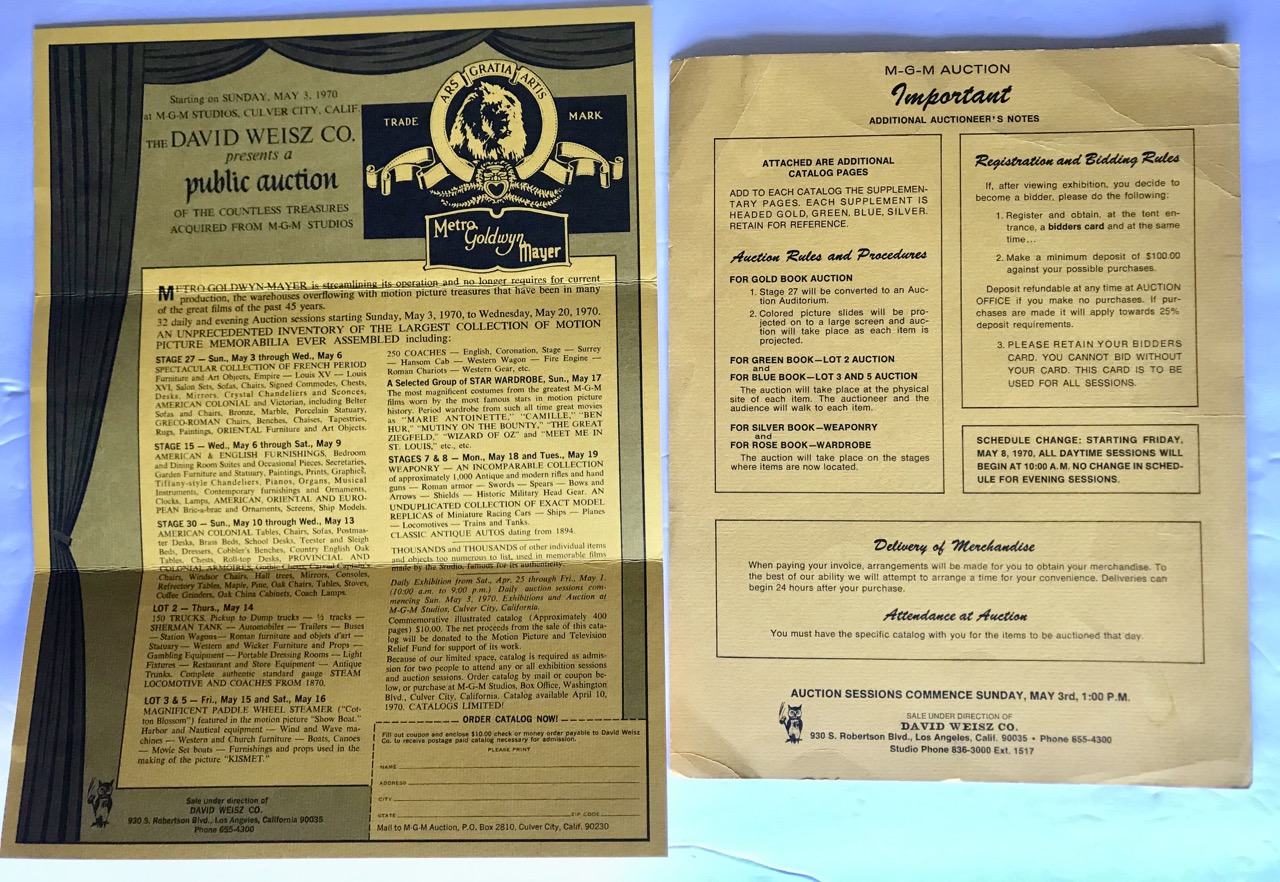 “A treasure of motion picture memorabilia.” A complete set of five David Weisz Co./MGM auction catalogs. Quarto, stapled wrappers, 8-1/2”x11”, 50-225 pp. each. The MGM auction was the most famous and legendary sale in the history of Hollywood memorabilia, and took place over thirty-two sessions beginning Sunday, May 3, 1970. The five catalogs include “Miniatures, Weaponry, Vintage Cars”; “Star Wardrobe”, as well as three volumes of general furniture and set pieces. This auction was a watershed moment for film scholars and collectors. MGM sold the contents of seven sound stages, essentiality creating a new market for an area of collecting that previously only existed among a few film enthusiasts. Very good; Lightly rubbed overall, some scratching to the gold-covered volume. Note that these volumes contain lot descriptions only, no photos. Included are the mail-card announcement of the sale and separate sheet of auctioneer’s notes.