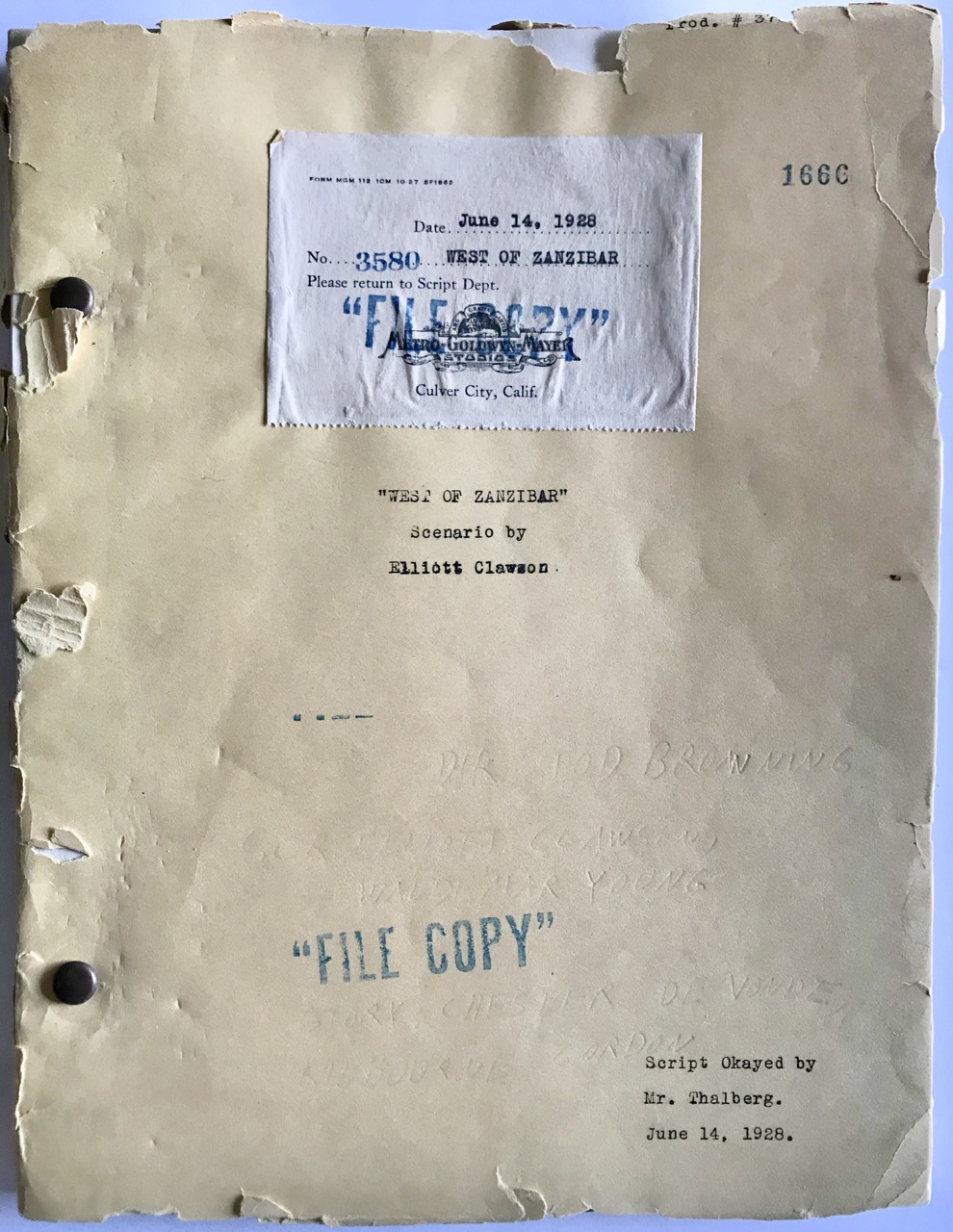 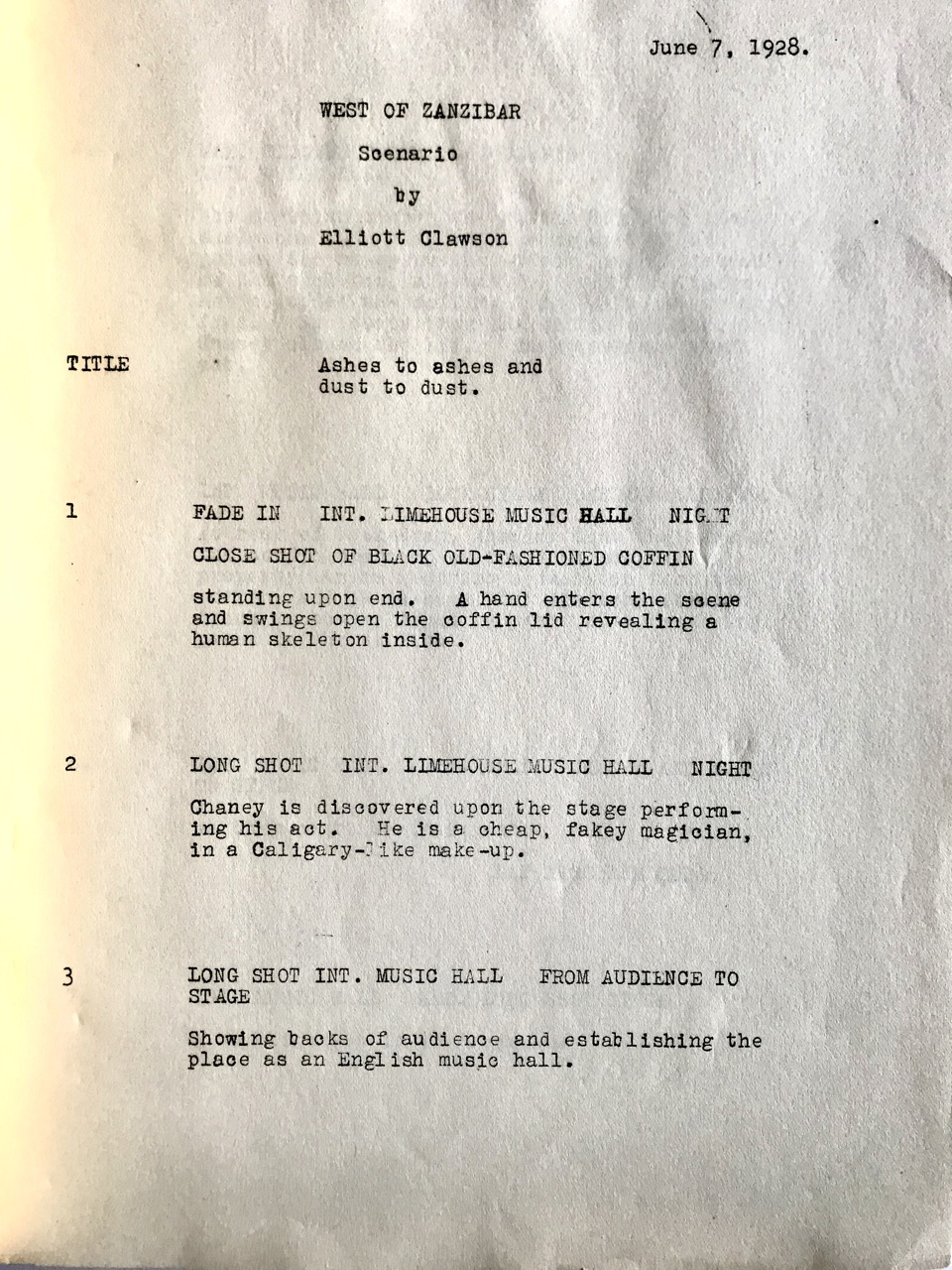 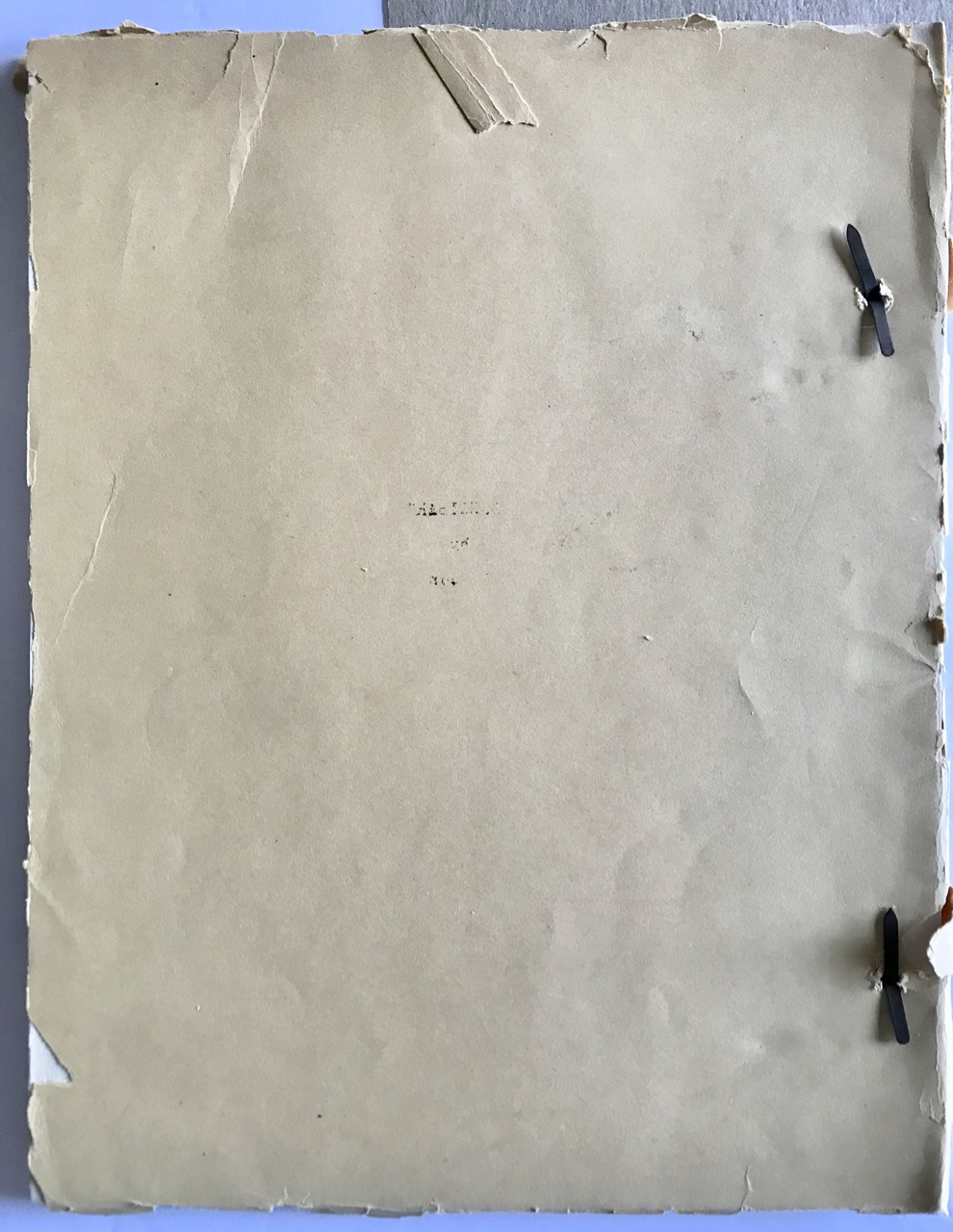 Scenario by Elliott Clawson [Cover dated June 14, 1928 ; on page 1 dated June 7] Pale yellow covers, paper label with MGM logo; stamped “file copy”; two-hole punched, brass brads. No. 1666 stamped upper right corner; no. 3580 on the label. Lower right corner: “Script Okayed” by [producer] Mr. [Irving] Thalberg. June 14. 1928. 85 pages mimeographed in black ink. Title page integrated with first lines of text. West of Zanzibar is a 1928 silent film directed by Tod Browning. The screenplay concerns the vengefulness of a cuckolded magician (Chaney) paralyzed in a brawl with his rival (Lionel Barrymore). The film is based on a 1926 Broadway play called Kongo starring Walter Huston. This appears to be a first draft “scenario” with dialogue, no revision pages, and Chaney’s character [Phroso] yet to be named; he is referred to throughout as “Chaney.” Also a somewhat different ending than was filmed, with the notation on page 85: “There will be twenty additional scenes in which, in his effort to save the girl, Chaney sacrifices his life and is burned upon the funeral pyre…..” The film was released in Nov 1928. Condition: Covers fair; numerous small chips along edges; 1/3 of spine paper missing. Remnants of erased pencil markings on front where someone had written the name of the production team. Interior pages fine; clean with no markings.