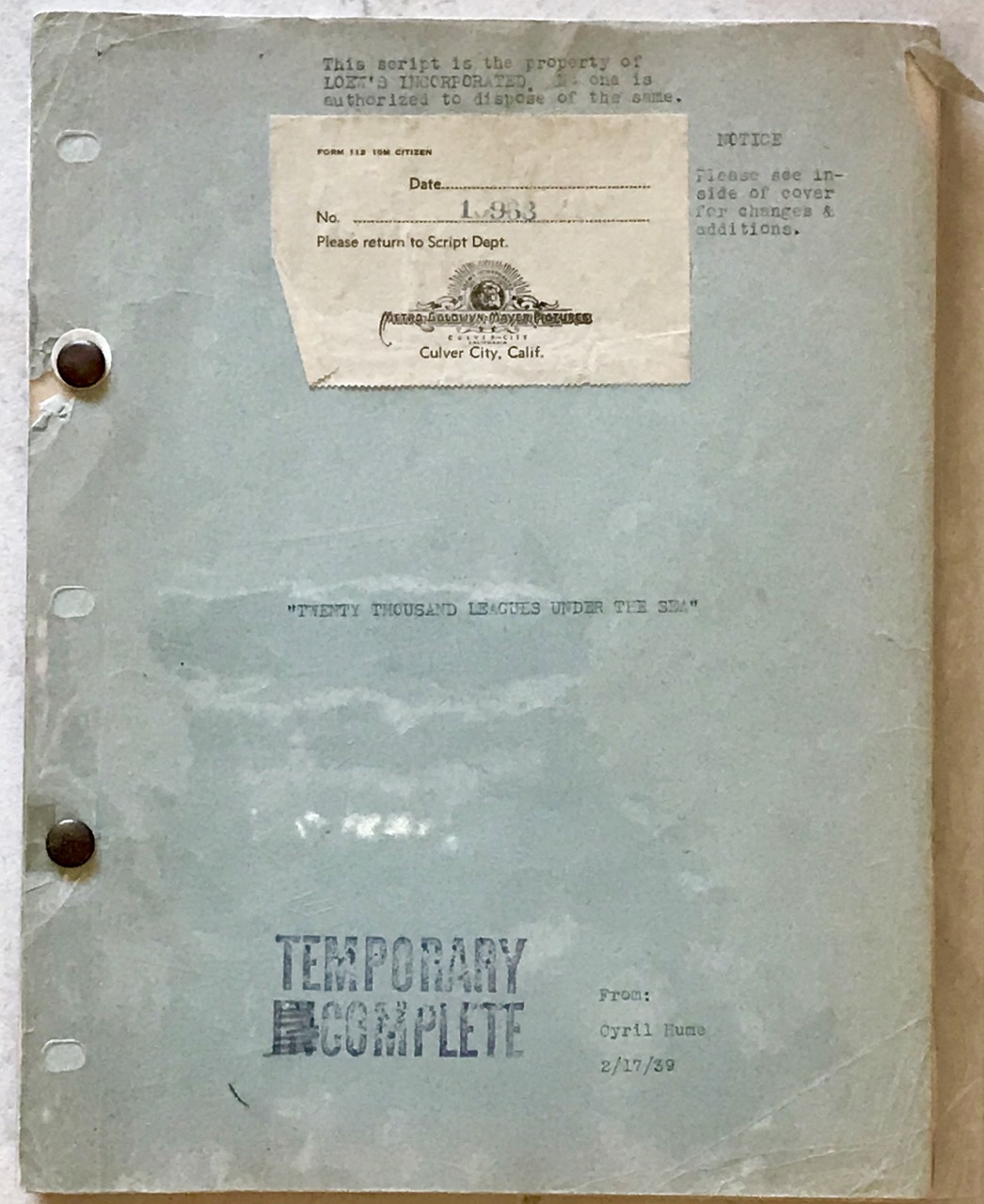 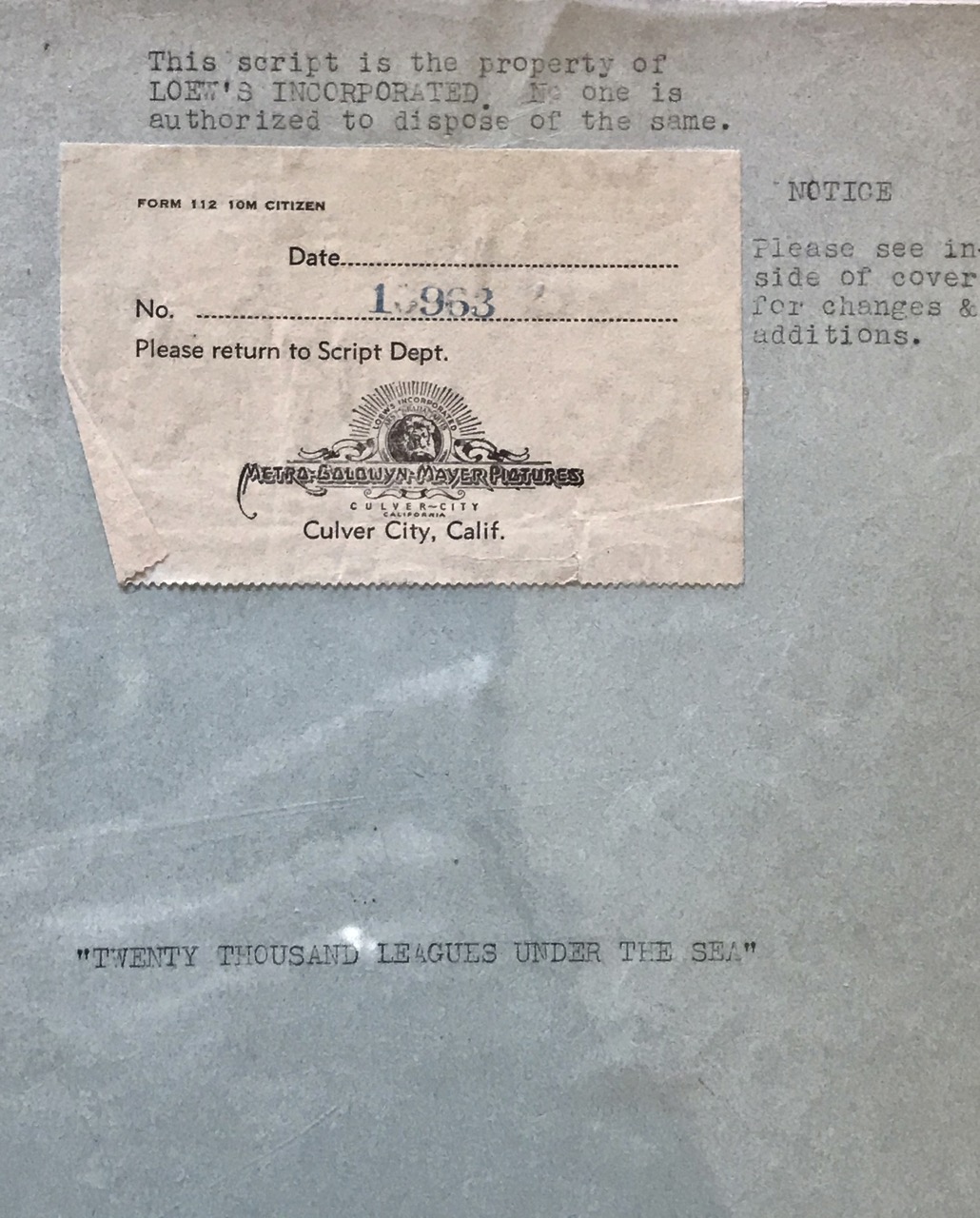 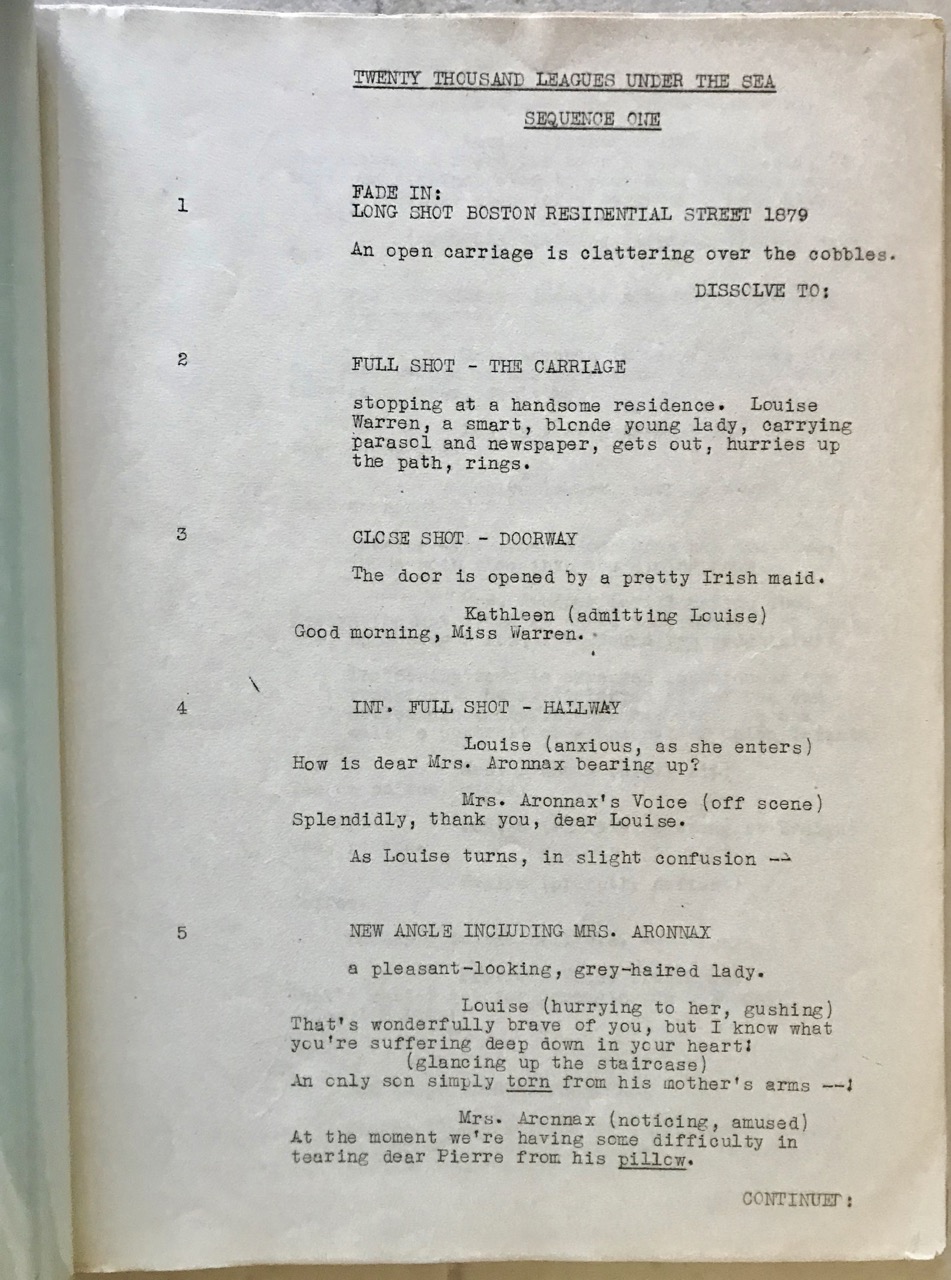 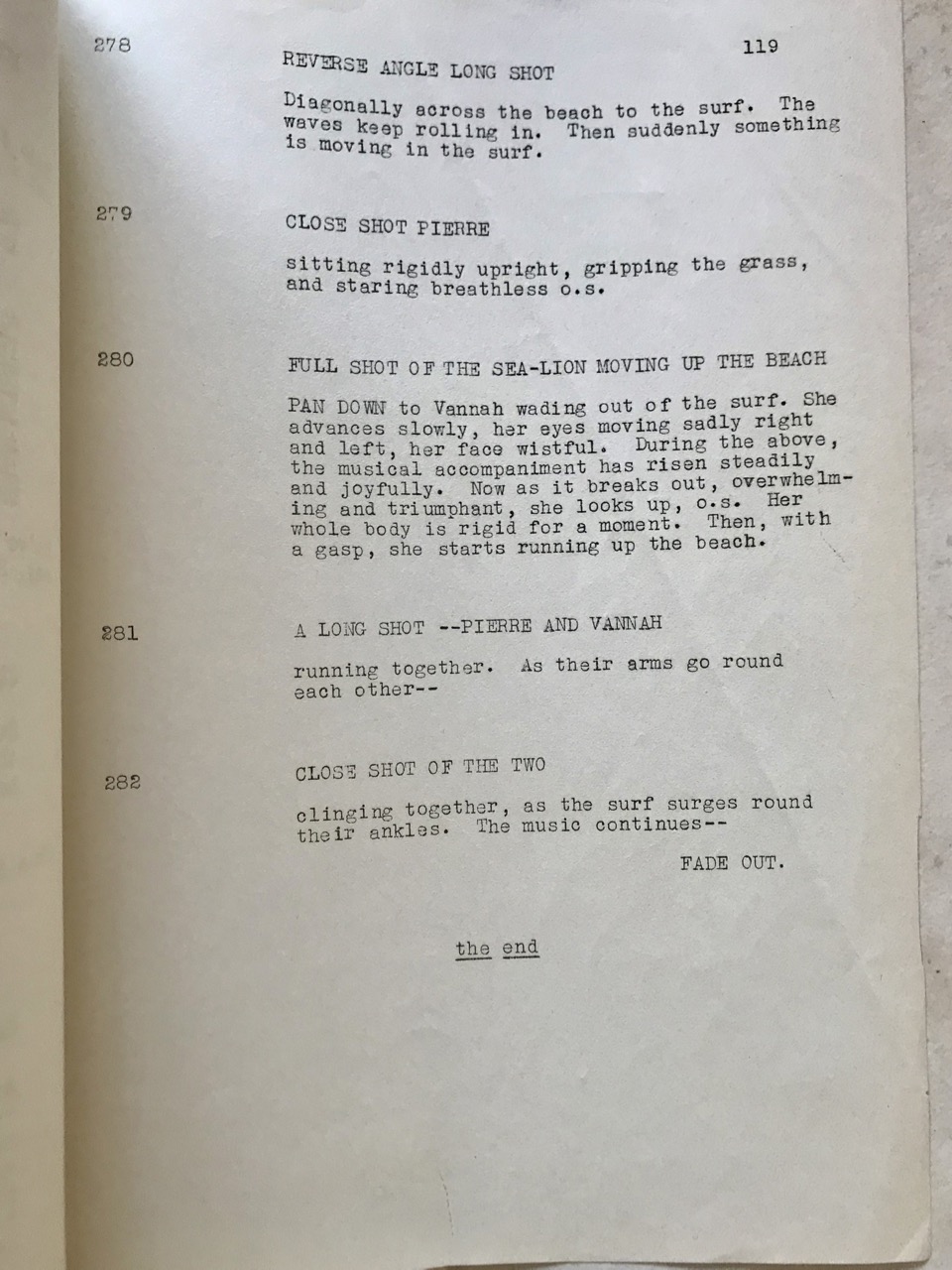 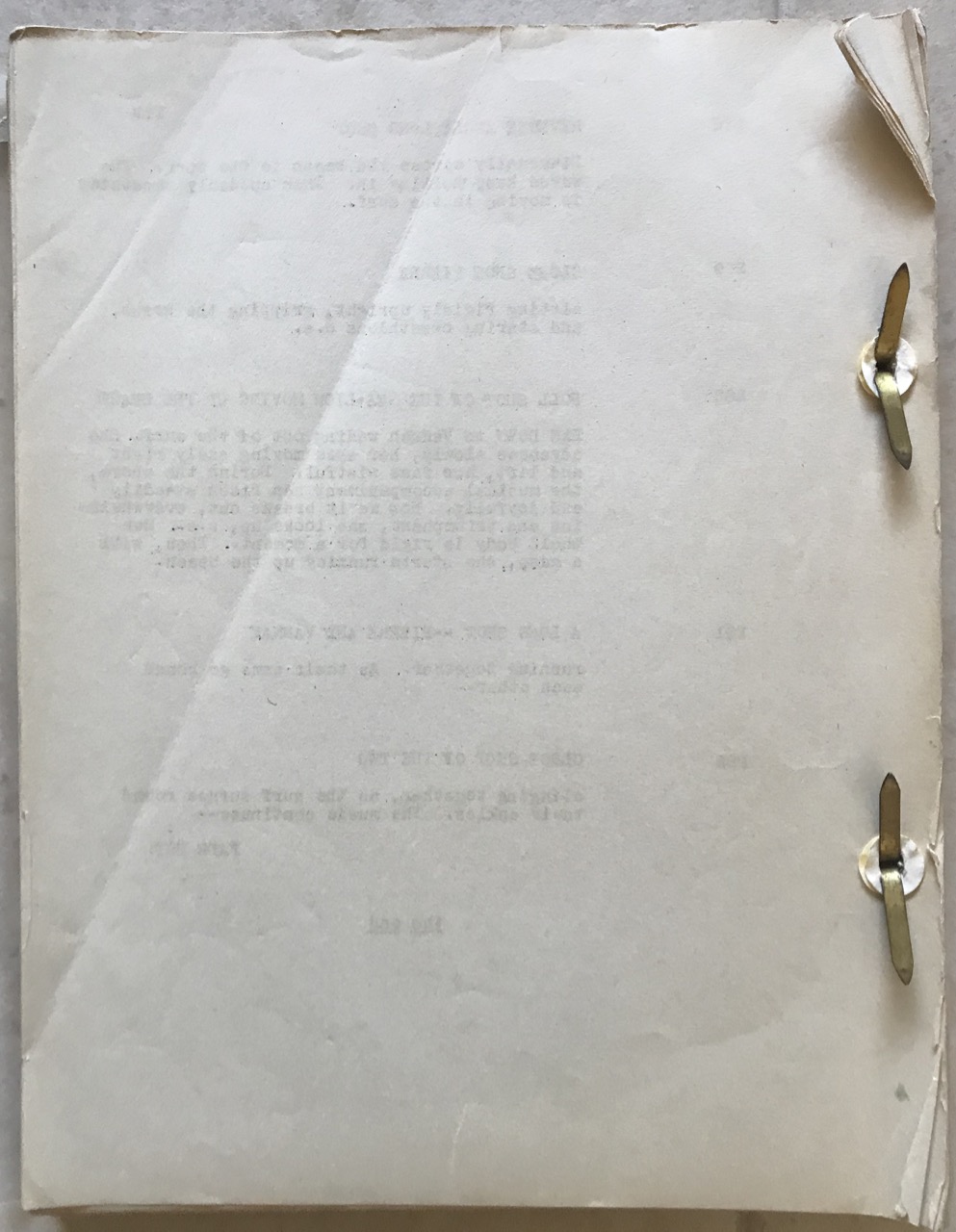 A “lost” screenplay by Cyril Hume, the screenwriter best known for his screenplays for Tarzan the Apeman and Forbidden Planet. MGM Pictures, Feb 17, 1939. Pale blue covers with MGM studio label. Stamped Temporary Incomplete / lined out to “Complete” [Apparently there was an earlier draft by Philip Macdonald 12-15-38.] Front cover faded, with moderate edge-wear and several small tears; upper right corner clipped; back cover missing. 119 mimeographed pages on white paper; no title page. Fastened with two brass brads. Interior pages near fine with some curling to page ends at rear. Fifteen years before the Walt Disney production. Unproduced, and apparently unrecorded -- We are aware of no other copies and we find no references to it in available bibliographic data or filmographies for Hume, Verne or Twenty-Thousand Leagues. Hume was a significant screenwriter, with 29 films between 1924 and 1966, including Tarzan the Ape Man (1932), Flying Down to Rio (1933), The Great Gatsby (1949), Tokyo Joe (1949) and Forbidden Planet (1956). He also wrote for television, receiving Emmy nominations for the United States Steel Hour and The Rifleman.