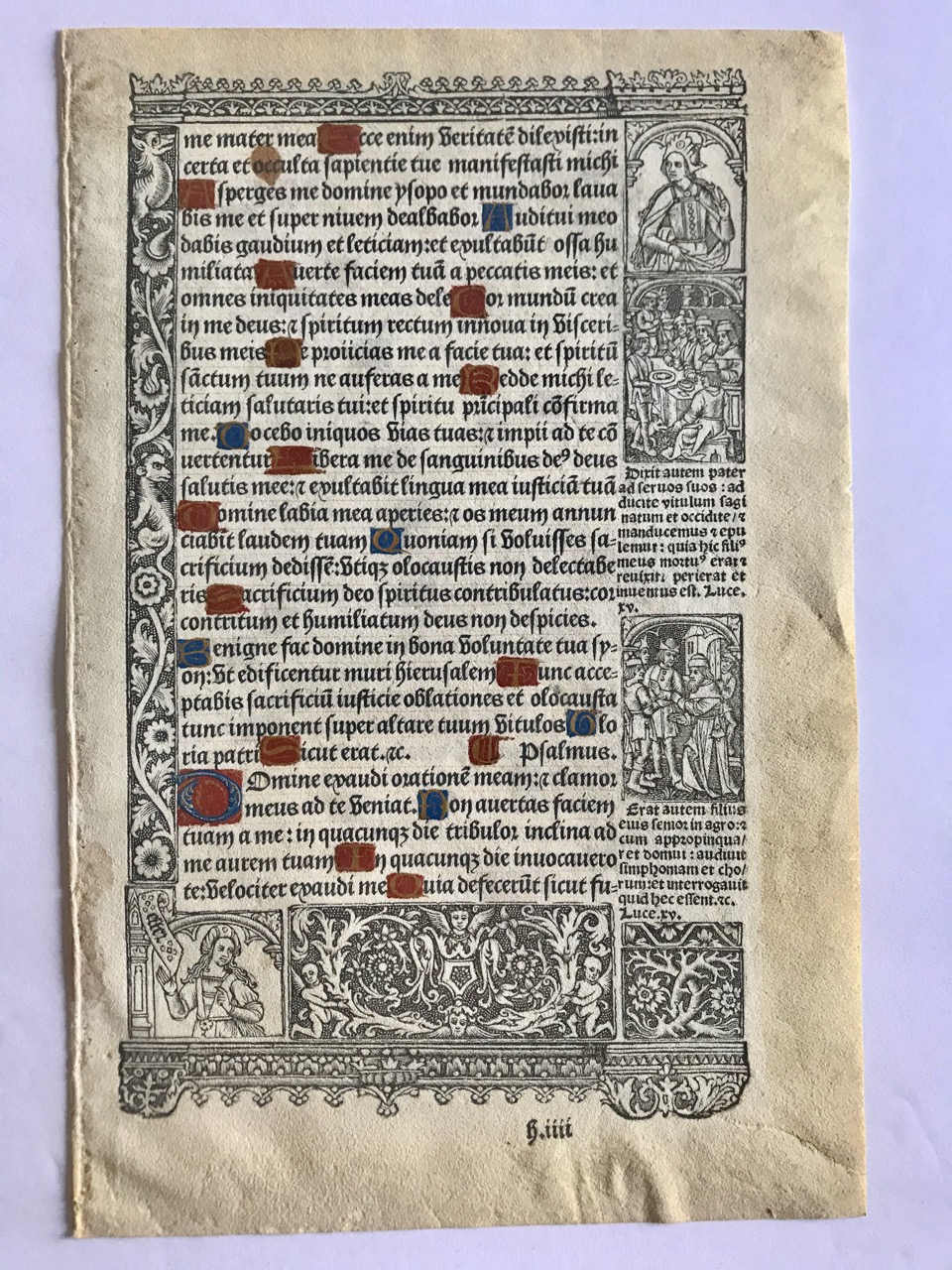 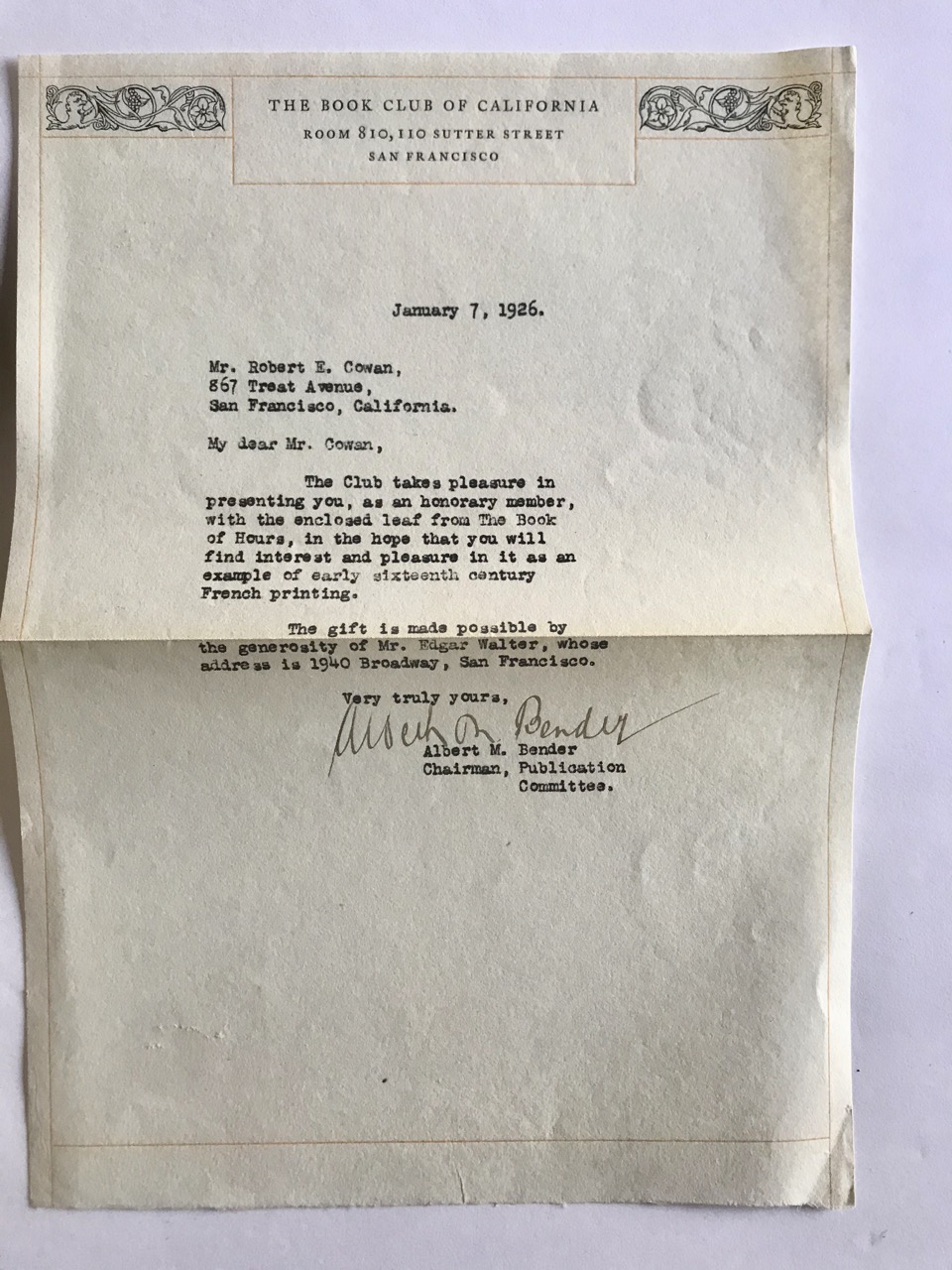 By: Book Club of California

5-1/2”x8-1/2 printed both sides with brilliant hand illumination, refined decorative borders and historiated or inhabited surrounds. 29 lines of text each side . In 1926 Edgar Walter presented the Club with about forty leaves of an early 16th century printed Book of Hours. These were sent to life and honorary members, institutions, and those of the membership who were particularly interested in early printing. The distribution was at the discretion of Albert M. Bender. The leaf was unaccompanied by any legend but with a letter of transmittal on Club stationary and signed by Bender -- present here. Ex Libris Robert E. Cowan -- former San Francisco bookseller and best known for the publication of bibliographies and other works on early California history including: A bibliography of the history of California, 1510-1930, Bibliography of the Chinese question in the United States (with Boutwell Dunlap), and The Spanish press of California, 1833-1845. Cowan collected a wide-array of materials on early California history that would later form the nucleus of the UCLA Department of Special Collections's holdings in Californiana. Because only about forty copies were distributed, this leaf is quite scarce, especially with the letter of transmittal and provenance. Text in Latin; Small damp-stain to one margin, not affecting text, otherwise near fine with no tears. Accompanying letter fine.