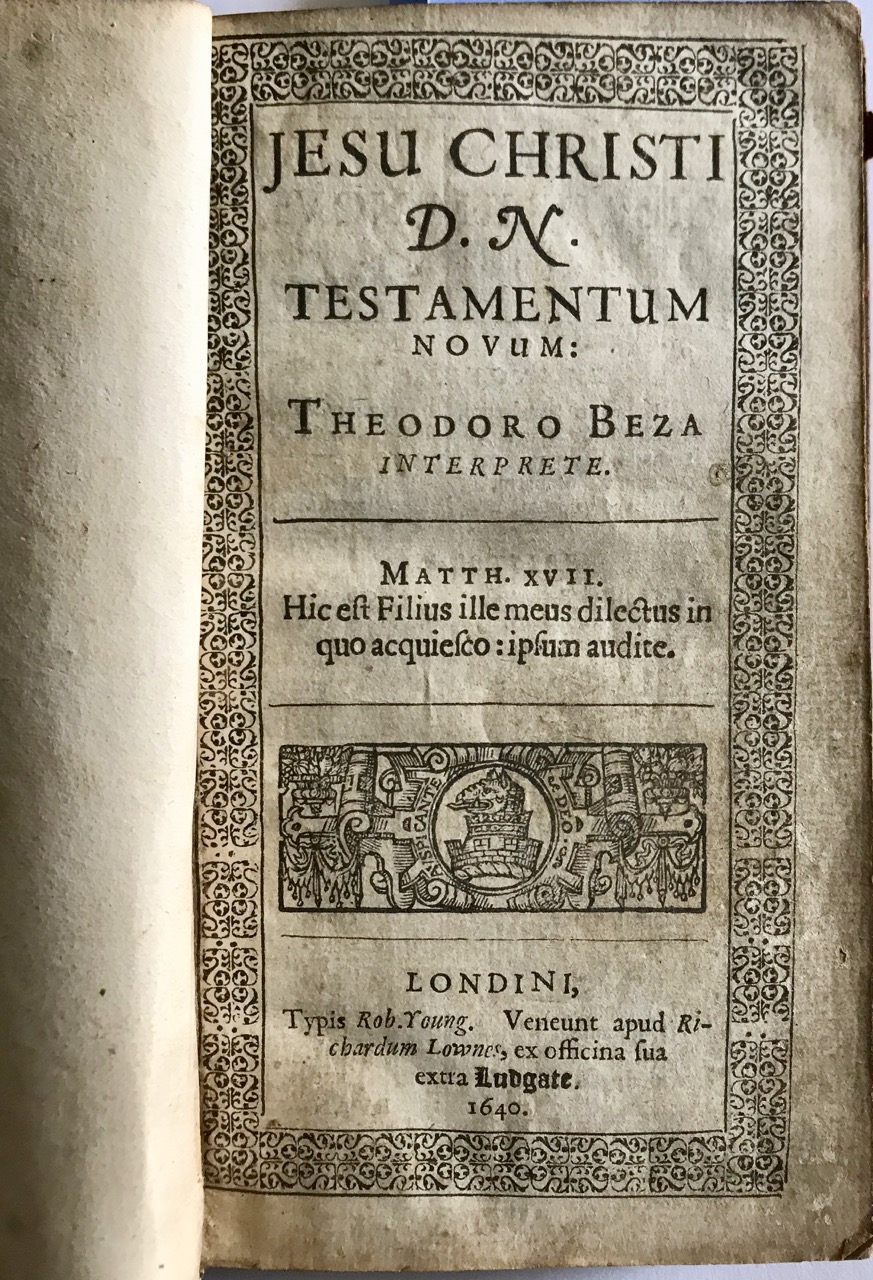 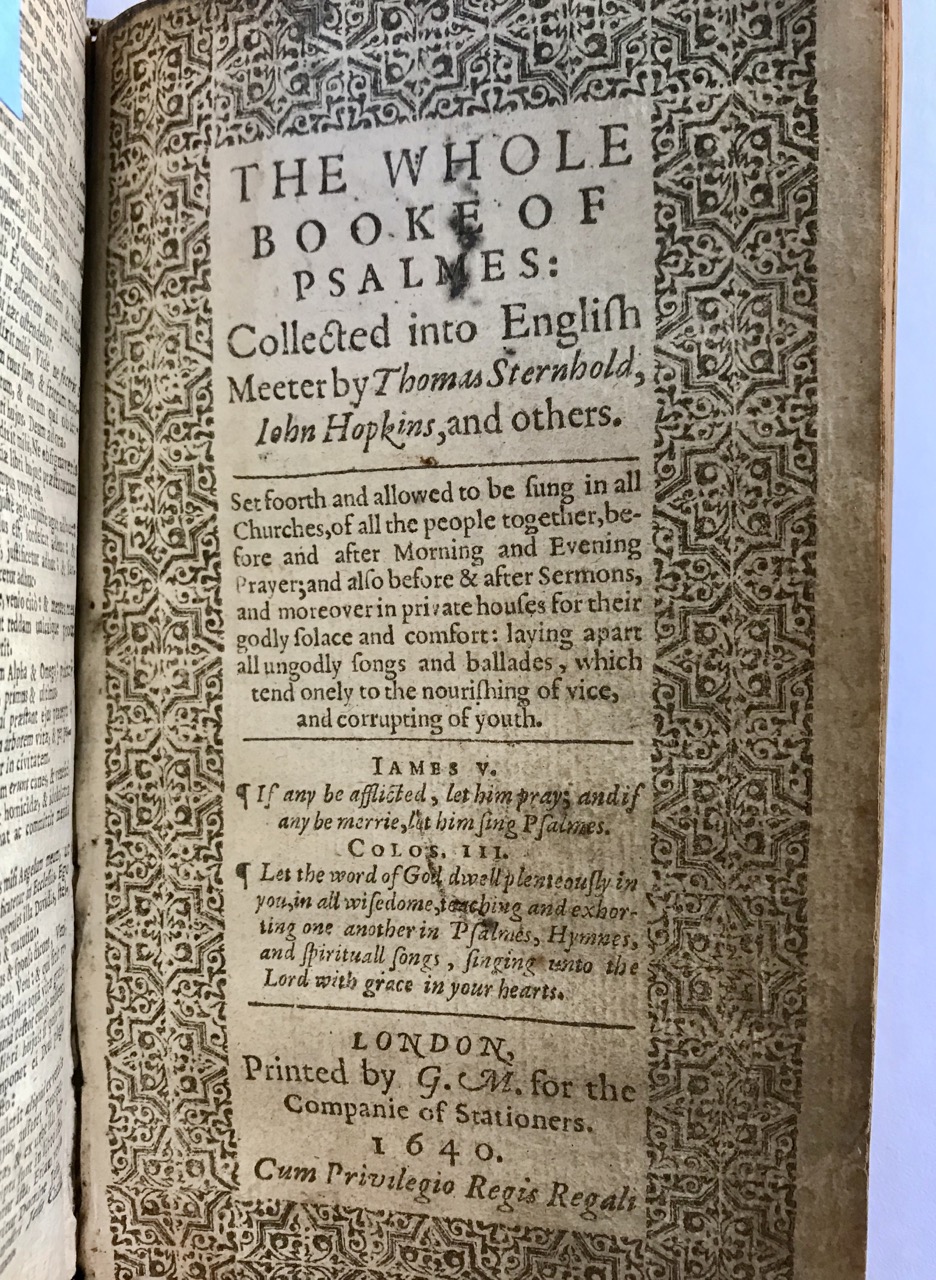 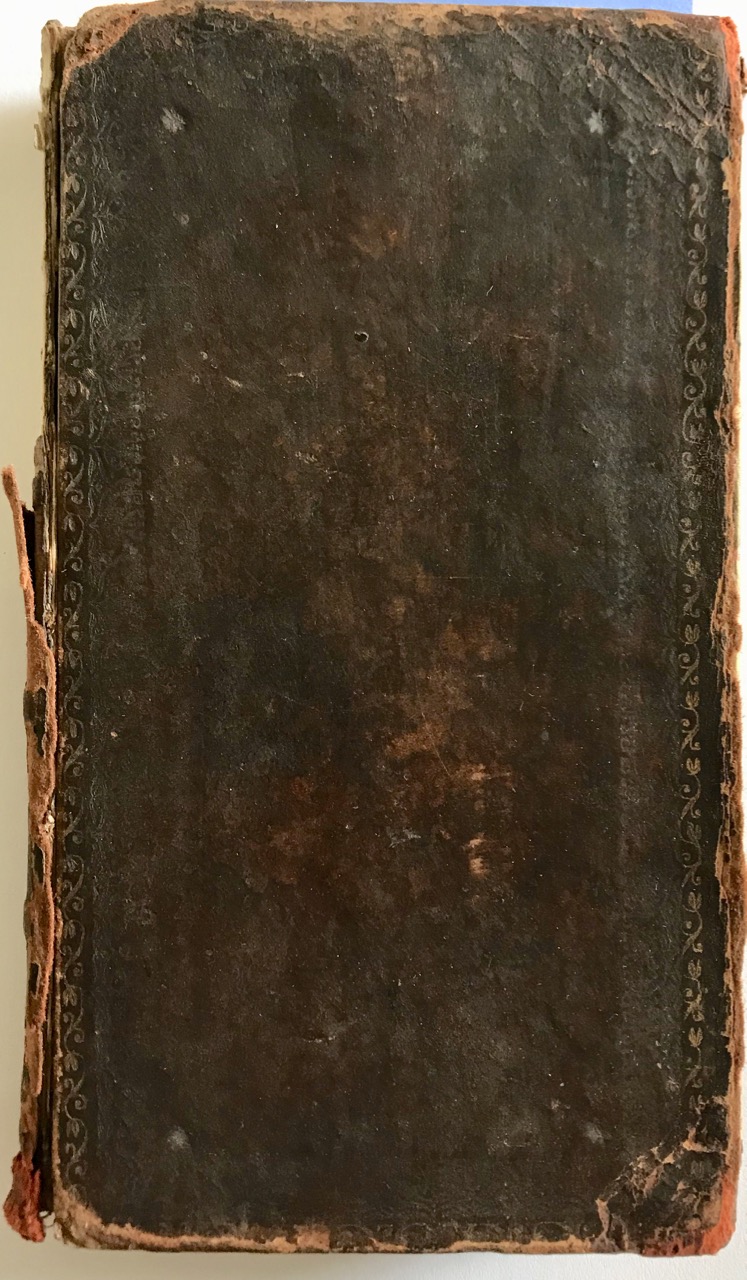 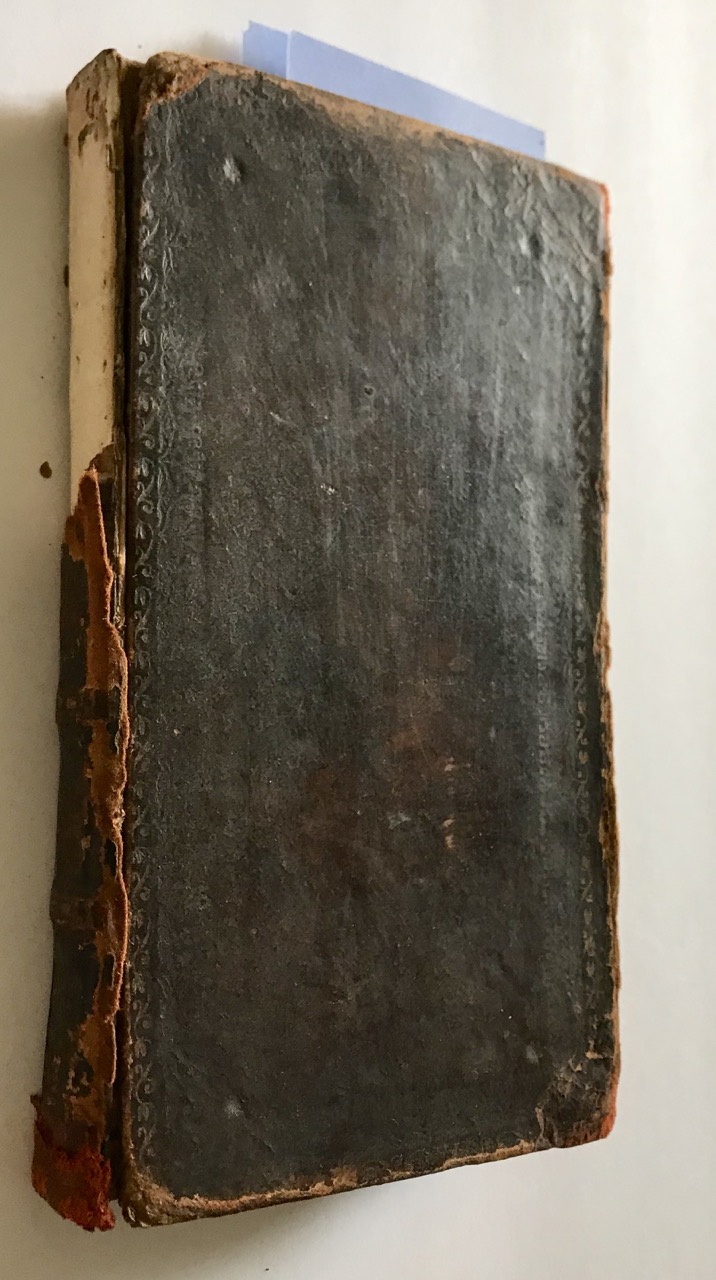 Two significant 17th century religious works in one pocket-sized volume. First, a Latin translation of the New Testament. Theodore Beza was a French Reformed Protestant theologian and scholar, who played a principal role in the Reformation, succeeding John Calvin as spiritual leader of the Republic of Geneva. As well as a number of important contributions to historical and theological writings, he also made an important contribution to Biblical scholarship publishing both a Greek and Latin version of the New Testament. This work, a later edition of his Latin New Testament is is noted for the emphasis on predestination which was a prevalent school of thought in Reformation theology. An important Latin translation by a noted Reformation theologian and academic. Second is “The Whole Book of Psalmes: Collected into English Meeter by Thomas Sternhold, John Hopkins and Others.” London: Printed by G.M. for the Companie of Stationers. 1640. 99 pp. followed by excerpts from the Book of Common Prayers, 7 pp. index. Sternhold and Hopkins’s Book of Psalmes was essentially the authorized psalter of the Church of England, with some 200 different editions printed between the mid-sixteenth to the mid-seventeenth century. The Sternhold and Hopkins text was frequently appended to editions of the Geneva Bible and the Book of Common Prayer and was the first book published in America [The Bay Book of Psalms; published the same year in Cambridge MA.] . CONDITION: Fair-poor. Internally tight and relatively clean; very little foxing, occasional soiling; margins closely trimmed.Front cover detached; lacking upper half of spine; extremites heavily rubbed and chipped.

Publisher: London/Ludgate: Rob Young / G.M. for the Companie of Stationers. : 1640