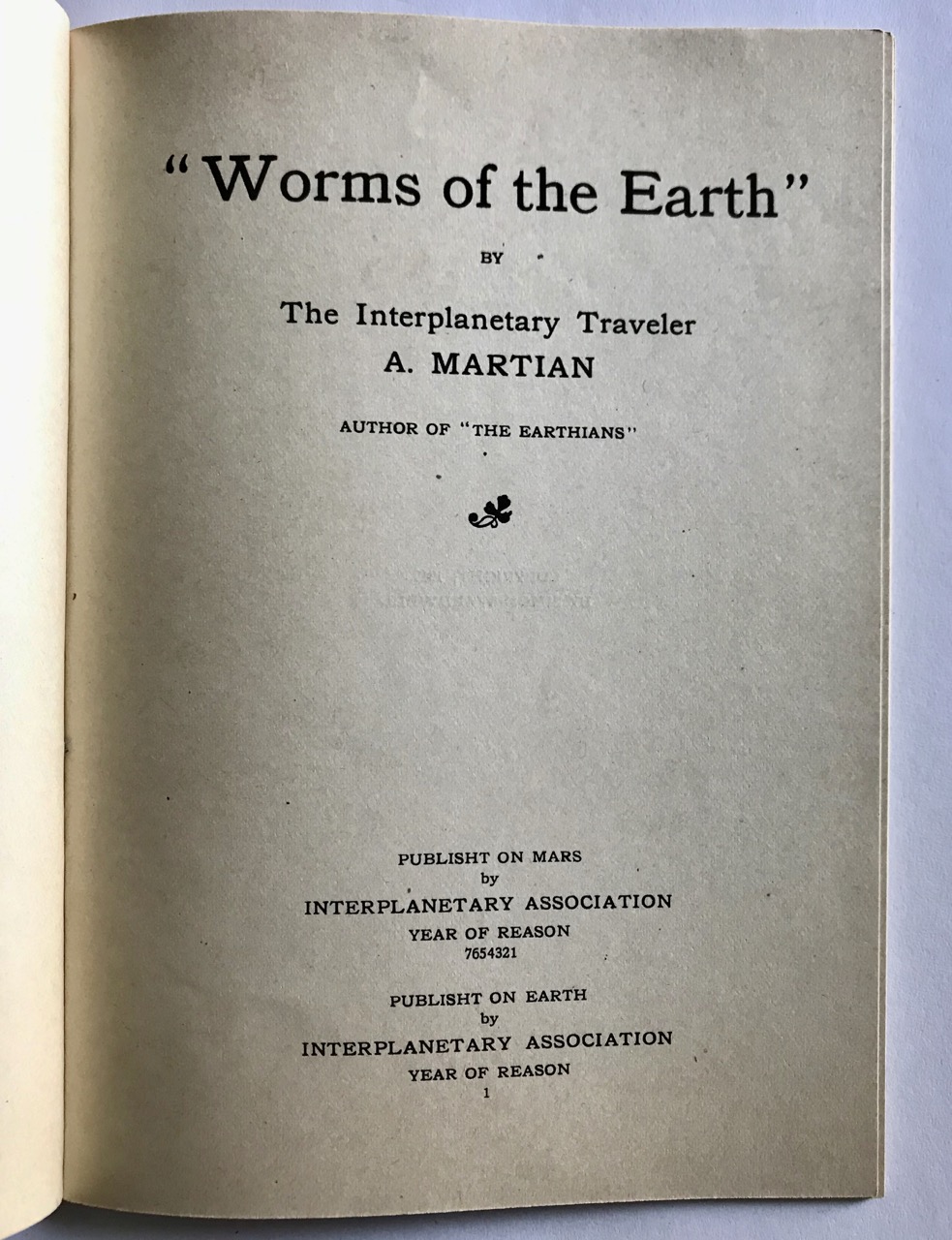 By: The Interplanetary Traveler / A. Martian [pseud.] Wardwell, Simon

n.p., n.d. [providence r.i.; 1915] 16mo, stapled wrappers. 26 pp. 1 illustrations and line diagram. A dissertation in rhyming poetry describing the reality of the backward, dystopian Earth from the point of view of a vaguely described technologically and morally advanced Mars. A companion work -- “The Earthians: From Cave Man in One Thousand to the Cave Man in Ten Thousand” -- recounted the history of the human race comparing it, unfavorably, with that of Mars. See: Utopian Literature in English: An Annotated Bibliography From 1516 to the Present by Lyman Tower Sargent: Penn State Libraries Open Publishing, 2016 and continuing. doi:10.18113/P8WC77. Wardwell also published poetry under the pen name "Simon Durst." Scarce. Only 2 copies in OCLC. One at Pennsylvania State Univ. Library Special Collections; another at the Labadie collection at Univ of Michigan. The latter identifies noted cartoonist/animator Winsor McCay as the artist who provided the single illustration, but we have been unable to confirm this. Near fine, browning to cover extremities; interior fine. Note: Unrelated the Robert E. Howard story of the same name [1932].

Title: "Worms of the Earth" Publisht on Mars by Interplanetary Association Year of Reason 7654321