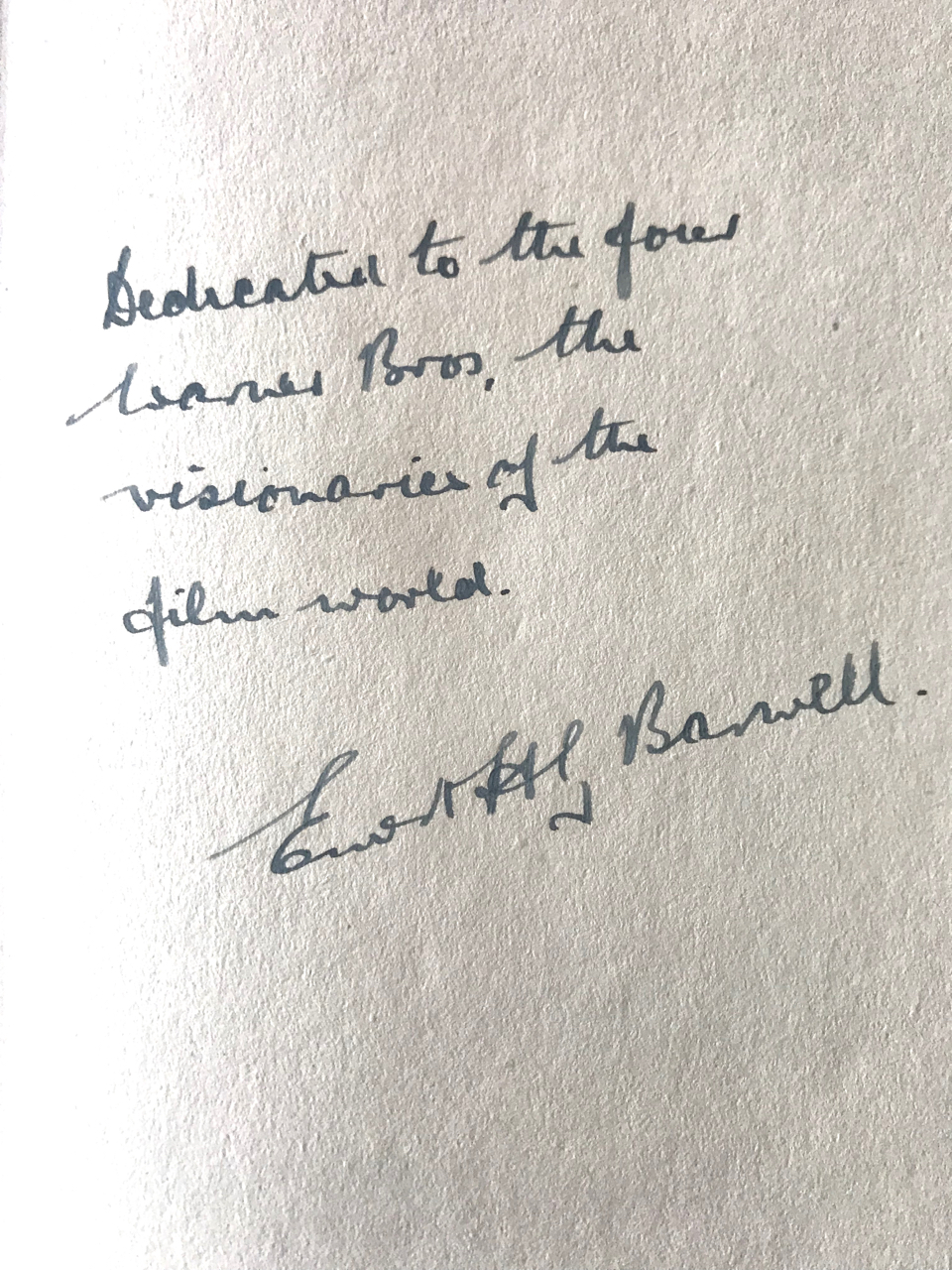 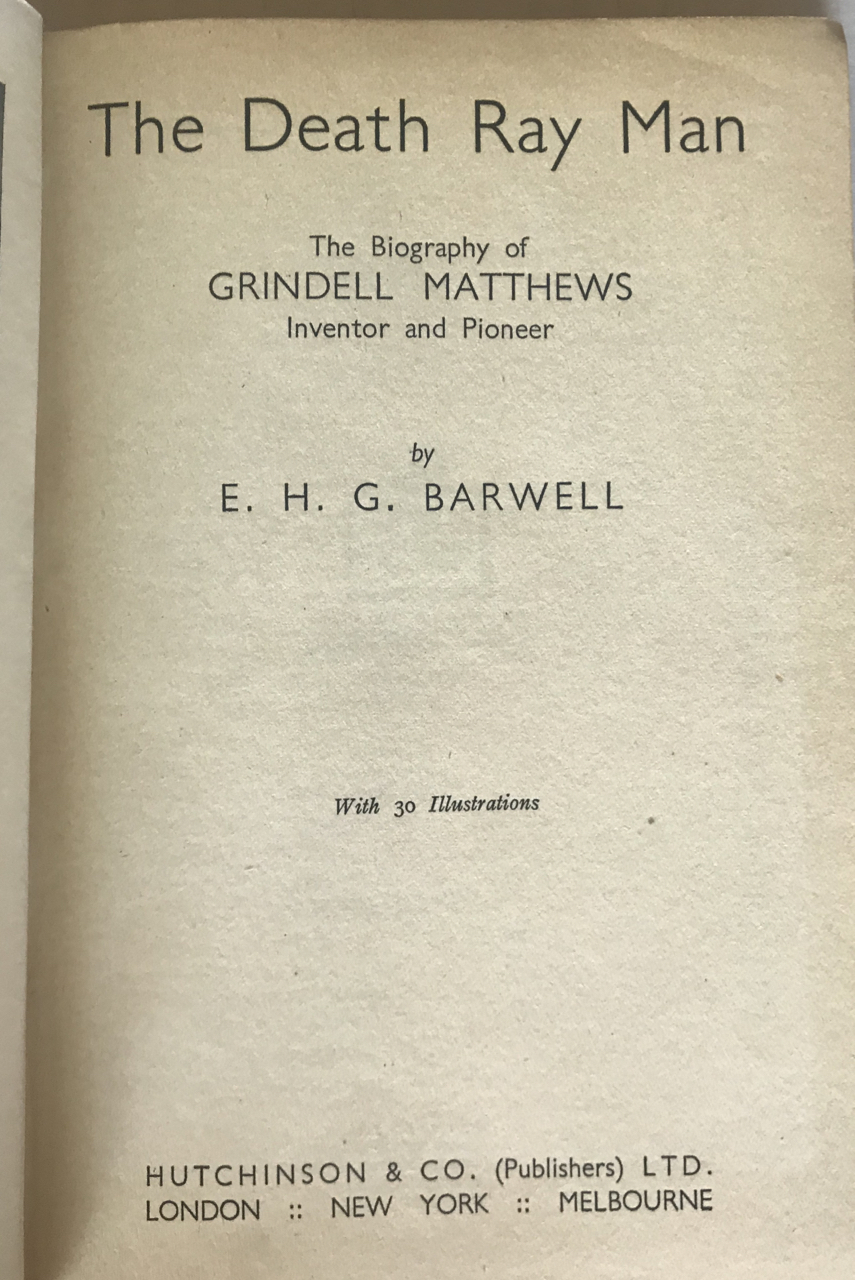 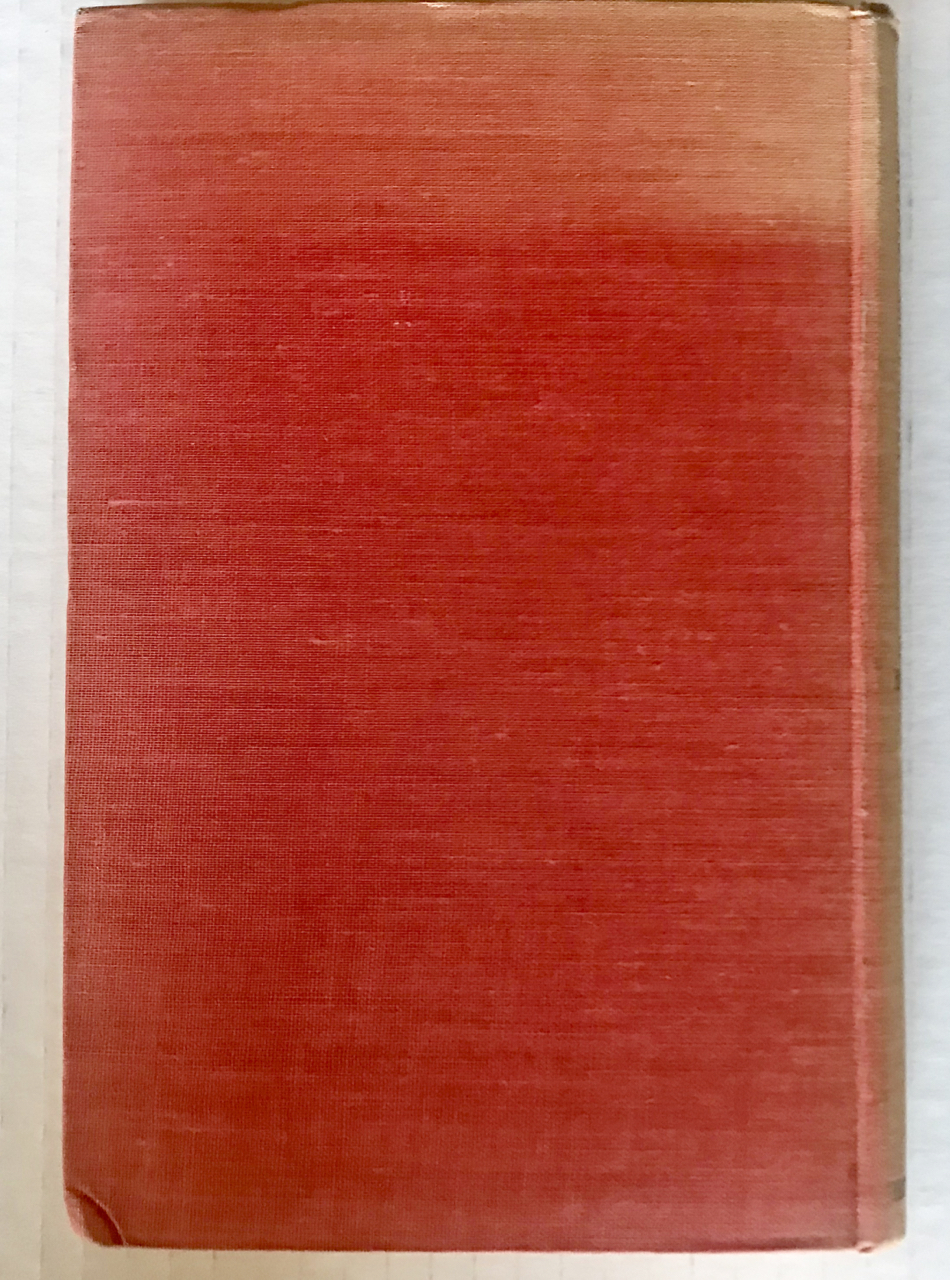 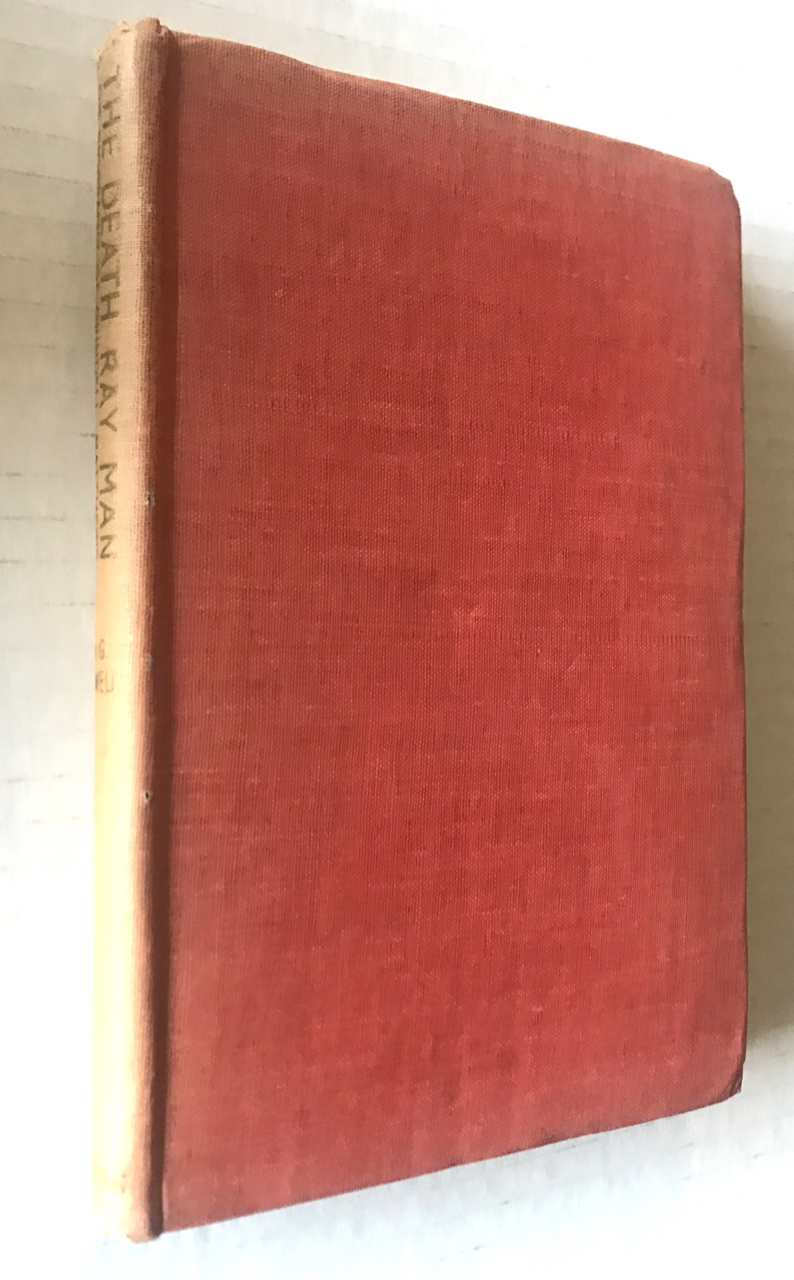 8vo, 1st ed. 175 pp. 20 photographic plates. Grindell Matthews (1880 -1941) was an English inventor who claimed to have invented a death ray in the 1920s. In 1914, after the outbreak of the First World War, the British government announced an award of £25,000 to anyone who could create a weapon against zeppelins or remotely control unmanned vehicles. Matthews claimed that he had created a remote control system that used selenium cells. He successfully demonstrated it with a remotely controlled boat to representatives of the Admiralty at Richmond Park's Penn Pond. He received his £25,000 but the admiralty never used the invention. In 1921, Barwell claimed to have invented the world's first talking picture, a farewell interview of Ernest Shackleton recorded on 16 September 1921, shortly before Shackleton's last expedition. The film was not commercially successful and several other sound companies compete with his claim to be first. Nevertheless, this led to his involvement with Warner Brothers, who employed him to develop the revolutionary technique. While in America he used film lighting equipment to create a high-powered light projector, thought by some to be the inspiration for the Bat Signal in the Batman cartoons. Condition: Good; a clean, tight copy overall with no tears or markings -- corners bumped; spine and a small area of back panel faded. Lacking dustjacket. Inscription on the front flyleaf states “Dedicated to the four Warner Bros the visionaries of the film world.”

Inscription: Inscribed by the author with a dedication to the W