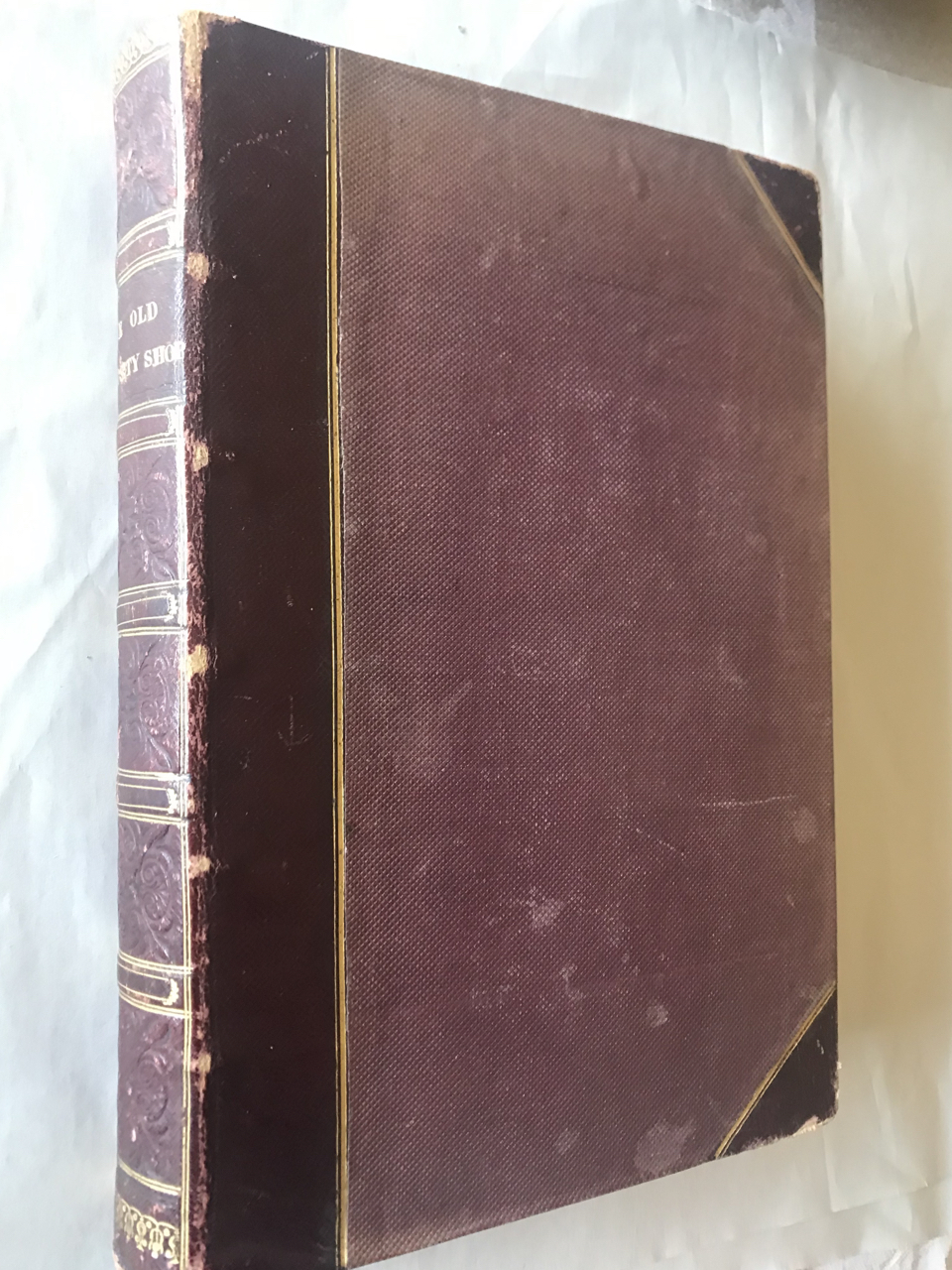 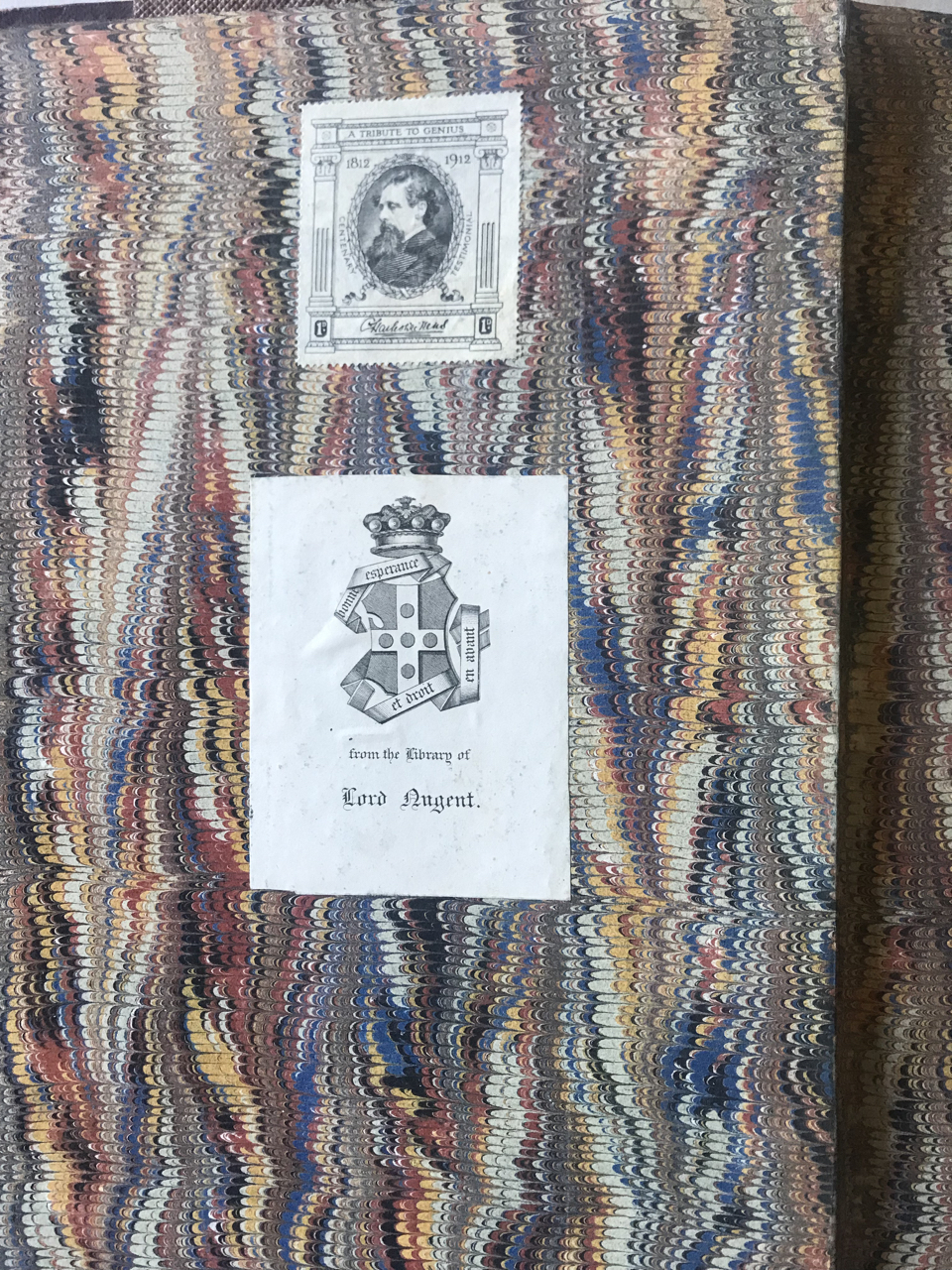 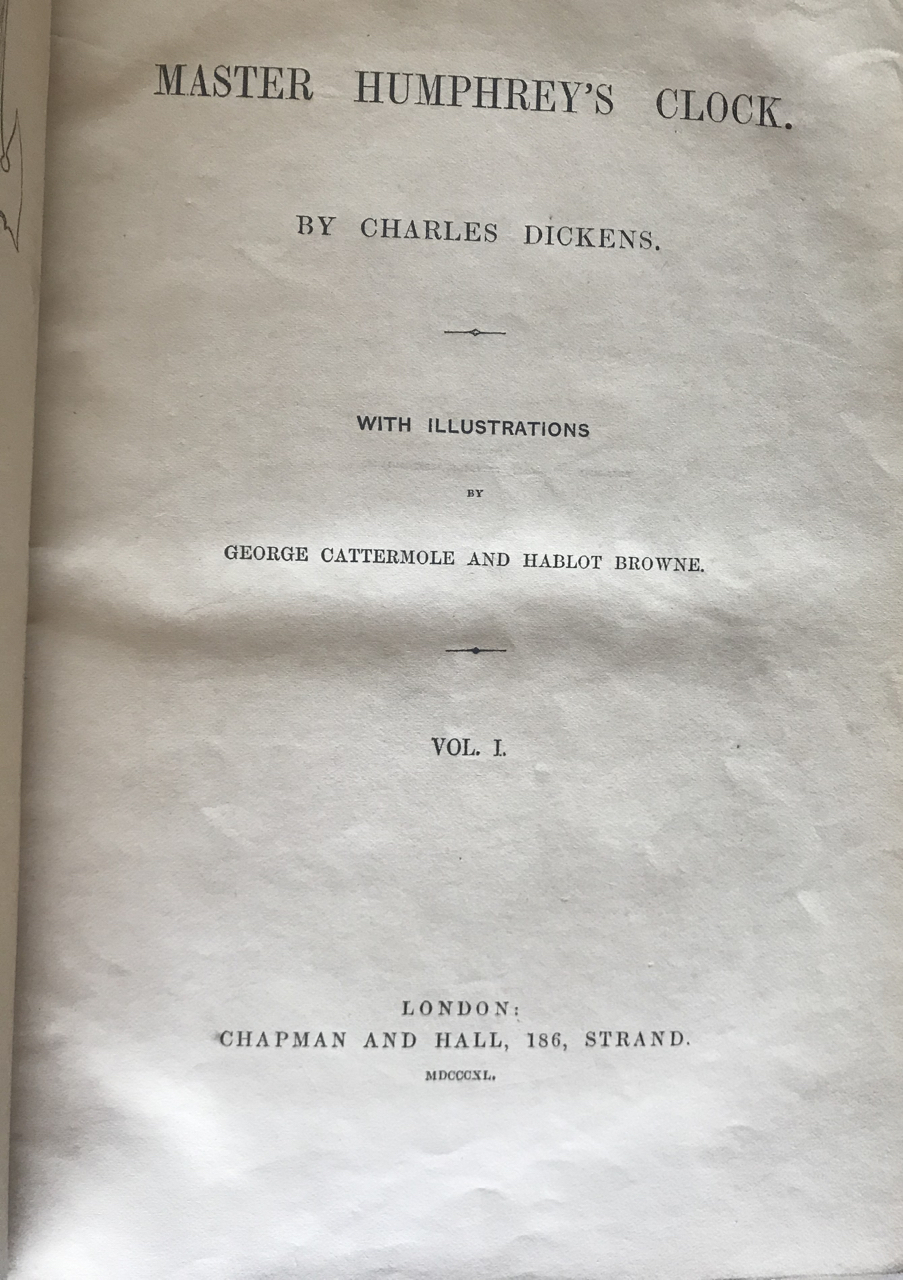 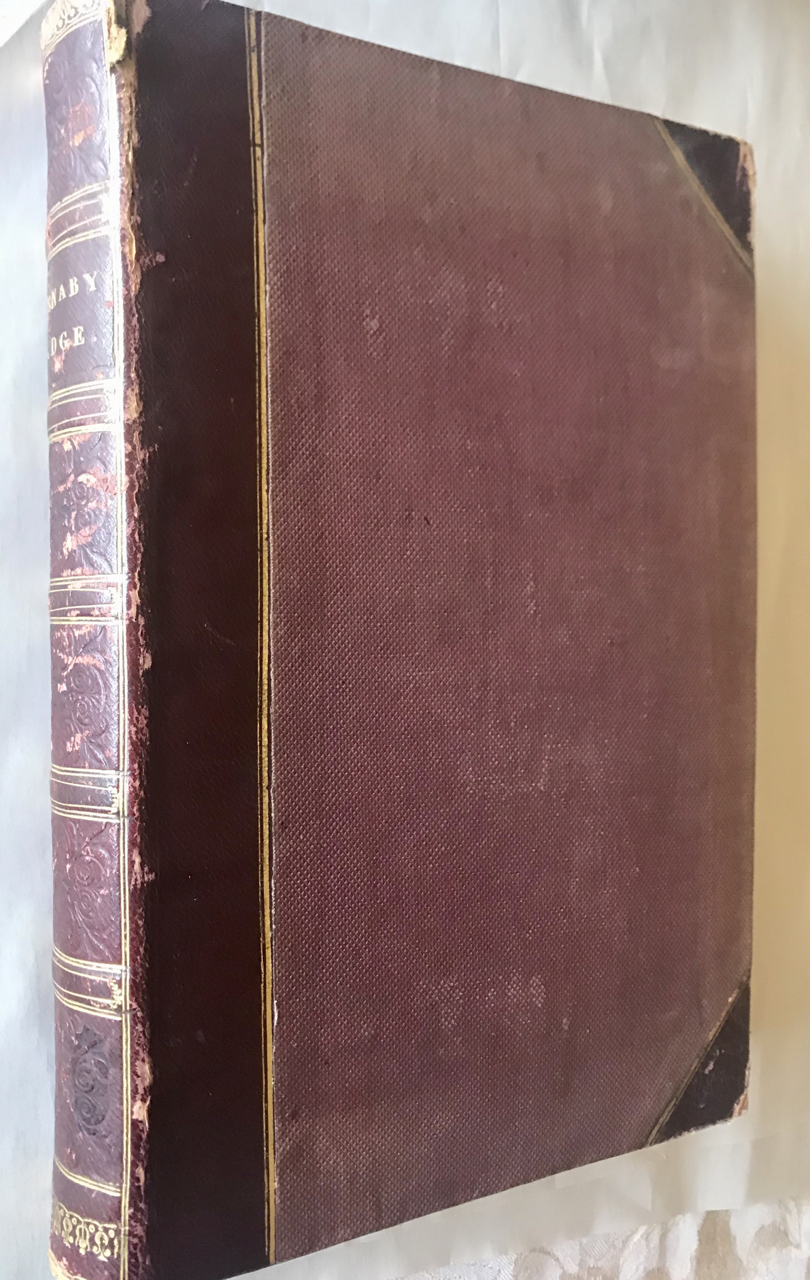 First edition in book form, bound from the original parts, of both "The Old Curiosity Shop" and "Barnaby Rudge". 8vo, ¼ leather, maroon cloth, with gilt rulings, titles, five raised bands. Three volumes bound as two. Marbled end papers, all edges marbled. Master Humphrey's Clock was a weekly periodical edited and written by Dickens from April, 1840 to December, 1841. It began with a frame story in which Master Humphrey tells about himself and his small circle of friends (which includes Mr. Pickwick), and their penchant for telling stories. Several short stories were included, followed by the novels The Old Curiosity Shop and Barnaby Rudge. Here, as frequently found, the three volumes are bound in two. There were also sets published in three volumes. Vol I with the title “The Old Curiosity Shop” on the spine but “Master Humphrey’s Clock” on the title page is published here as two volumes in one. [306 pp/228 pp] It contains several short stories and the novel “The Old Curiosity Shop”. Volume 2 is entitled “Barnaby Rudge” and contains that novel only. Condition: Good. Clean, tight copies throughout with only occasional light foxing. Moderate wear to covers with rubbed edges, corners and spine ends. Both volumes lightly cracked at front hinges but fully intact. Contemporary bookplate inside front cover ex libris the Library of Lord Nugent -- probably George Nugent-Grenville [1789-1850] member of parliament who advocated the abolition of capital punishment, limiting the powers of Habeas Corpus, and reform of penal laws. He was a member of the Reform Club and the Athenaeum Club.