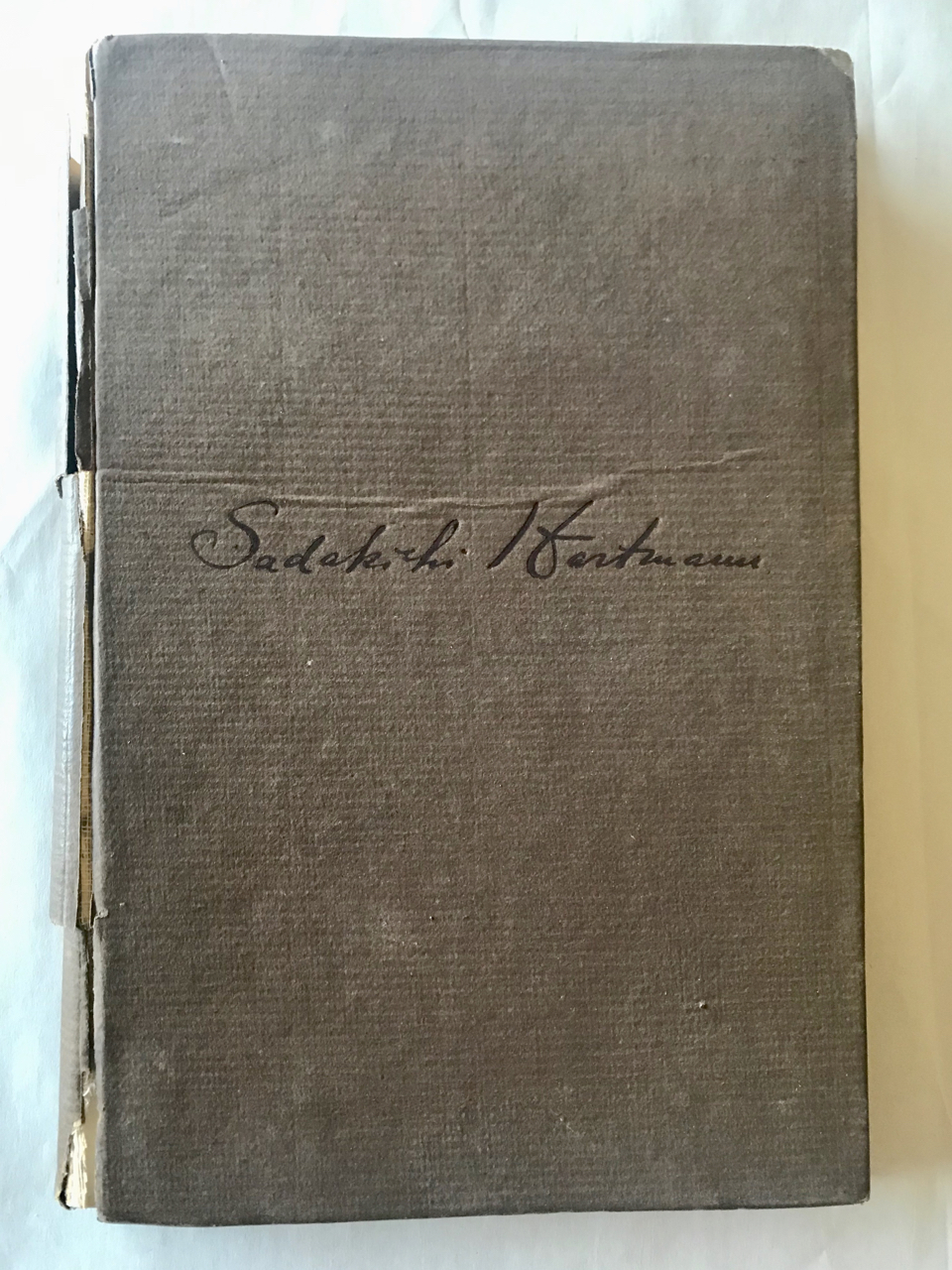 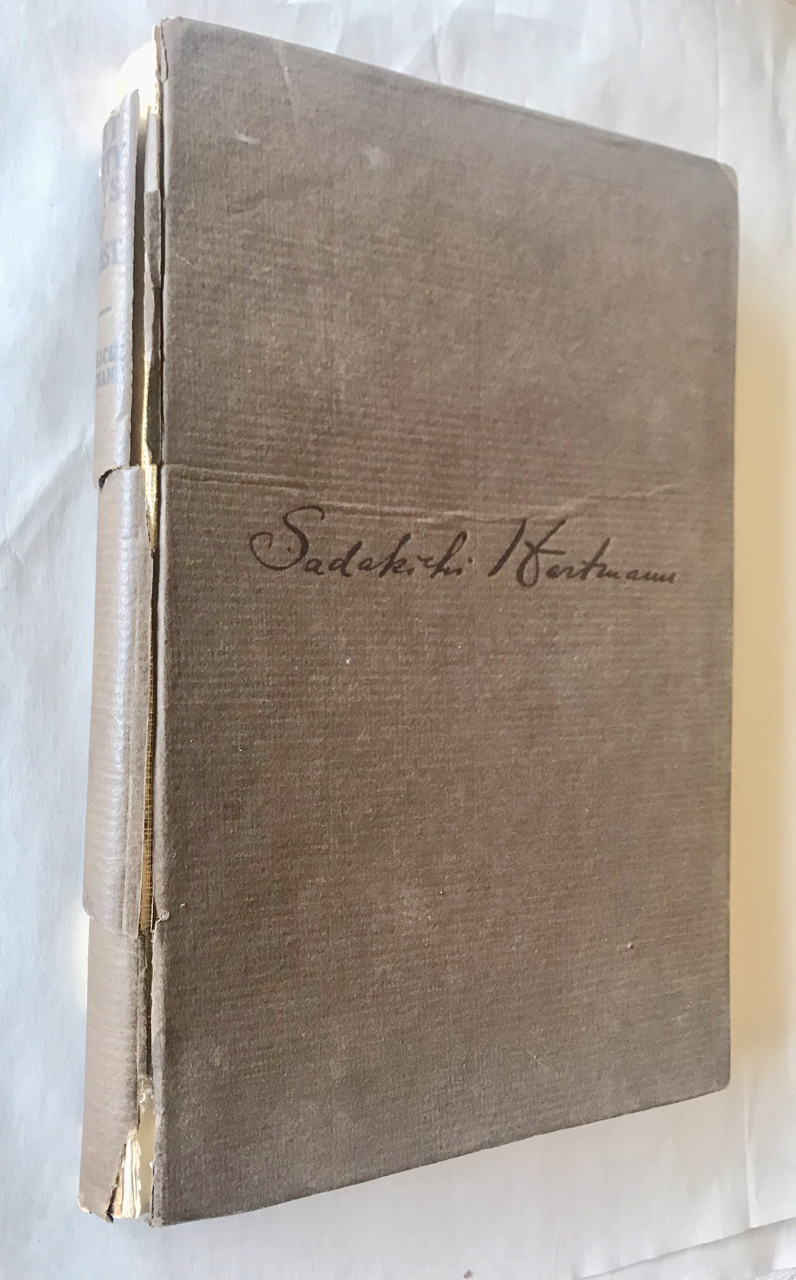 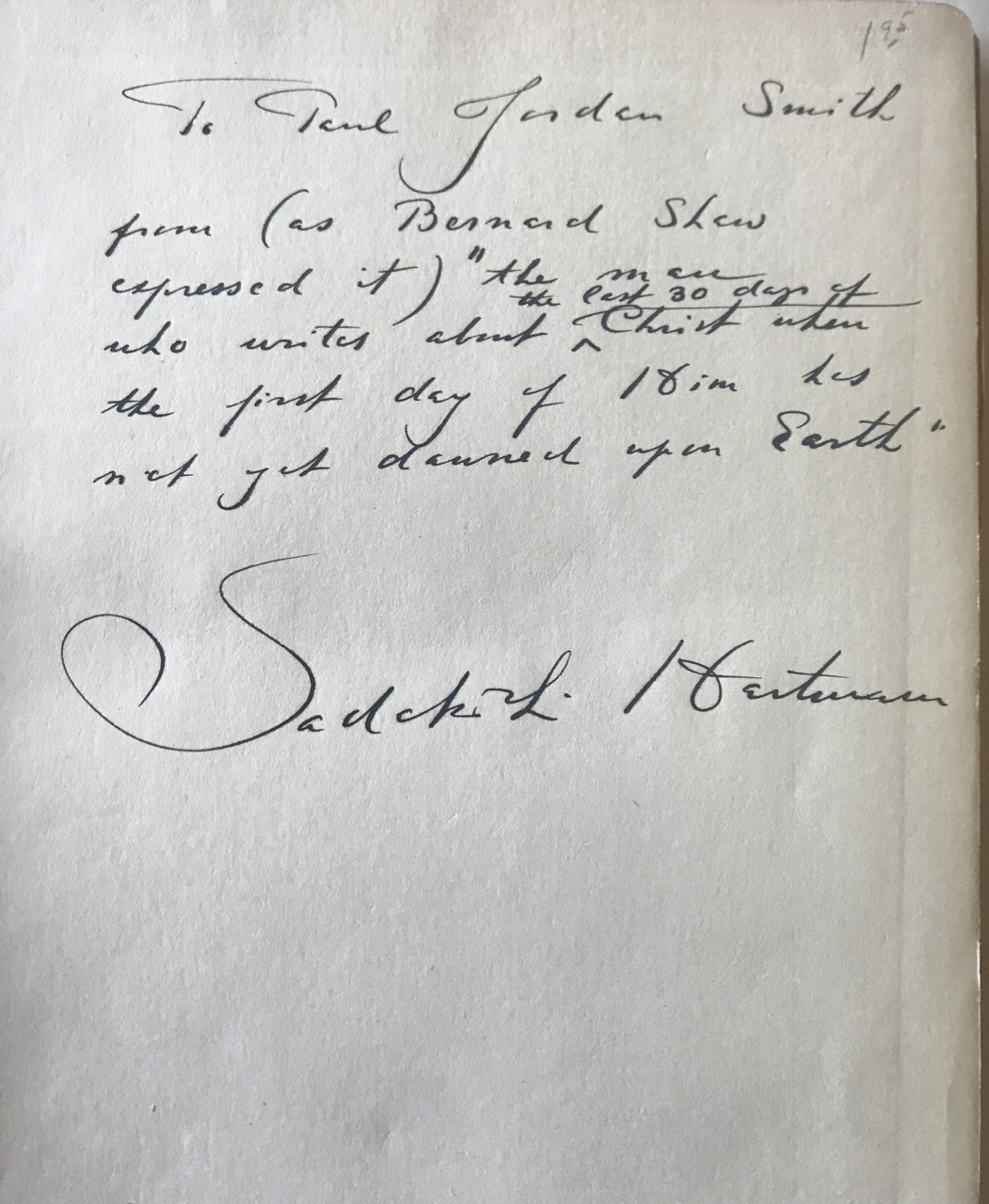 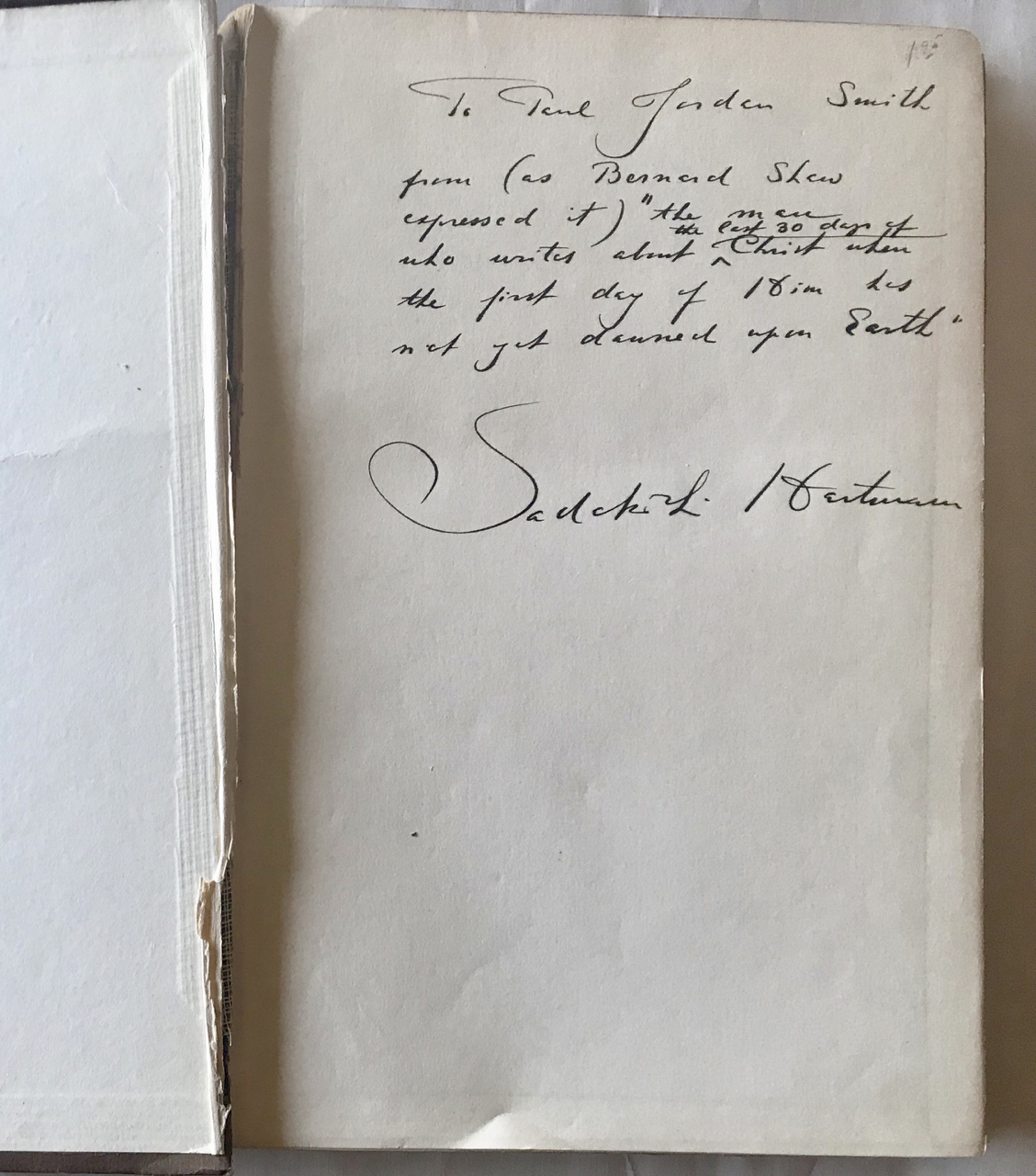 1st ed. 8vo, brown boards, 109 pp, No. 53 of 3000 numbered copies. With an inscription by Hartmann to Paul Jordan Smith -- “from [as Bernard Shaw expressed it] ‘the man who writes about the last 30 days of Christ when the first day Him has not yet dawned upon Earth.” Smith was an American Universalist minister who also worked as a writer, lecturer and editor. However, he is most well known for originating the hoax art movement Disumbrationism. Giving himself the Russian-sounding pseudonym Pavel Jerdanowitch, Jordan-Smith painted a small group of crudely Postimpressionist canvases that he then entered in art exhibitions around the country as exemplars of a new art movement known as Disumbrationism (i.e. painting without shadows). His canvases were well received on the whole until he got tired of sustaining the role and outed himself to a Los Angeles Times reporter in 1927. Condition: poor. The text block is sound, generally clean and tight with no tears or markings. However the front cover is partially detached with several large chips out of the spine; some wear to corners and light soiling.