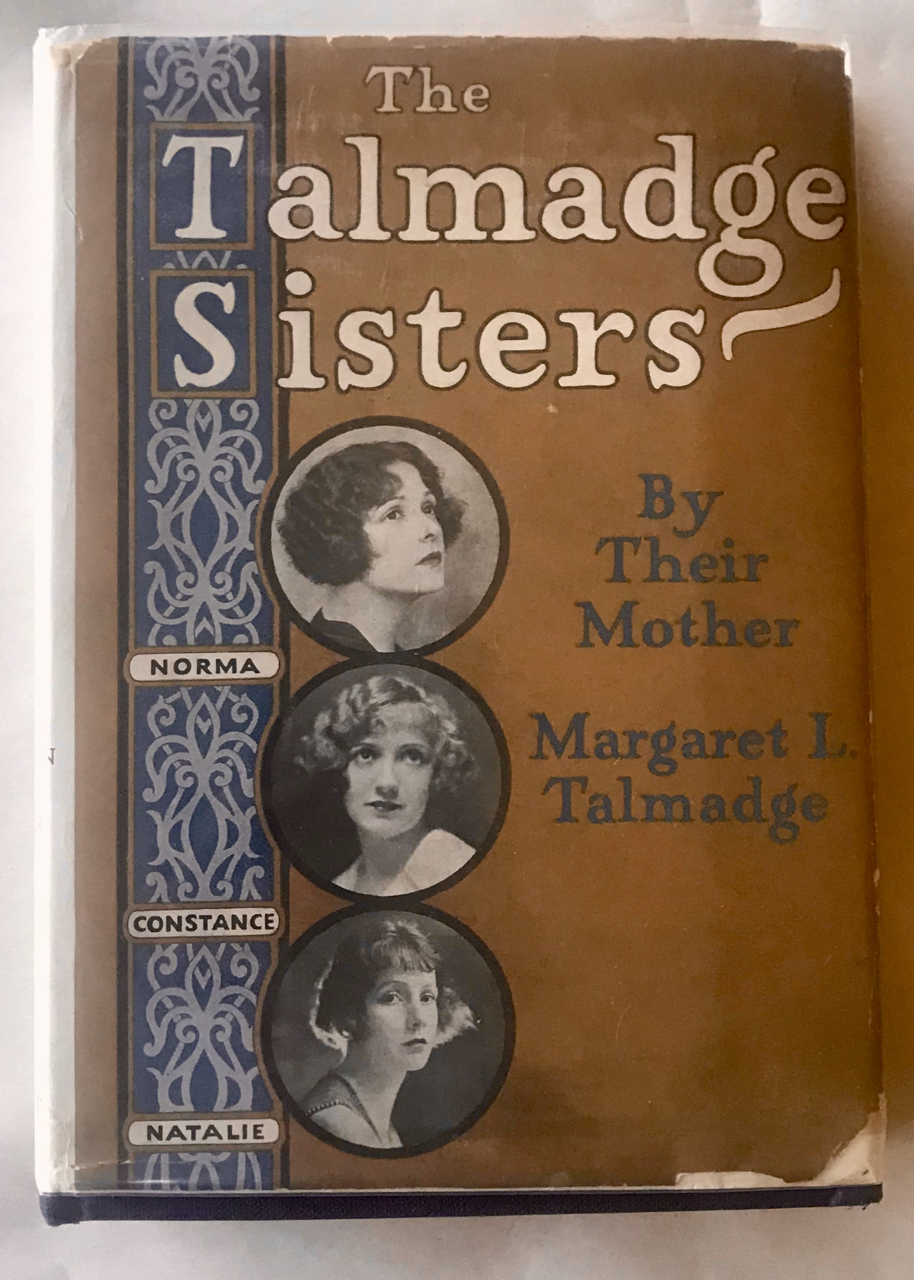 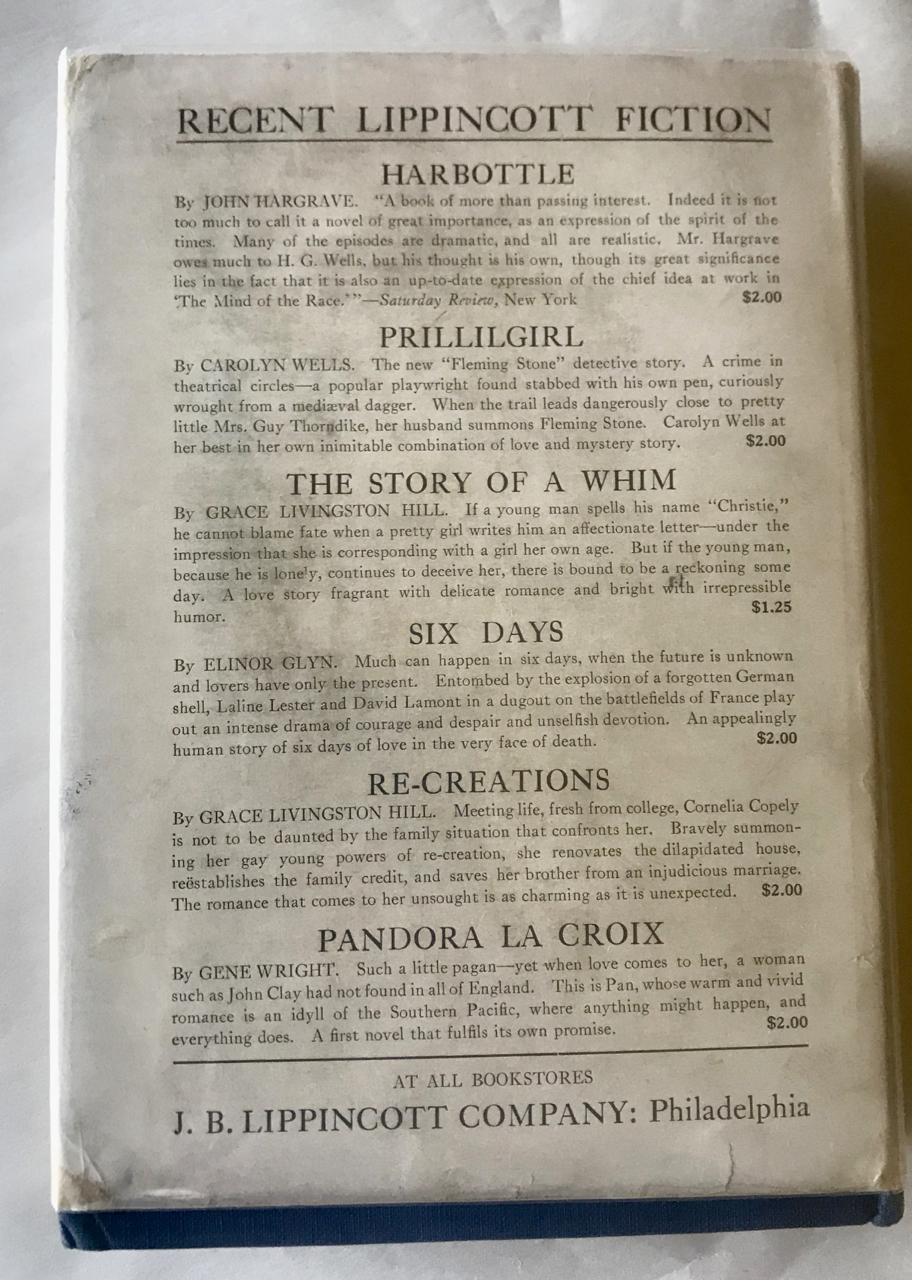 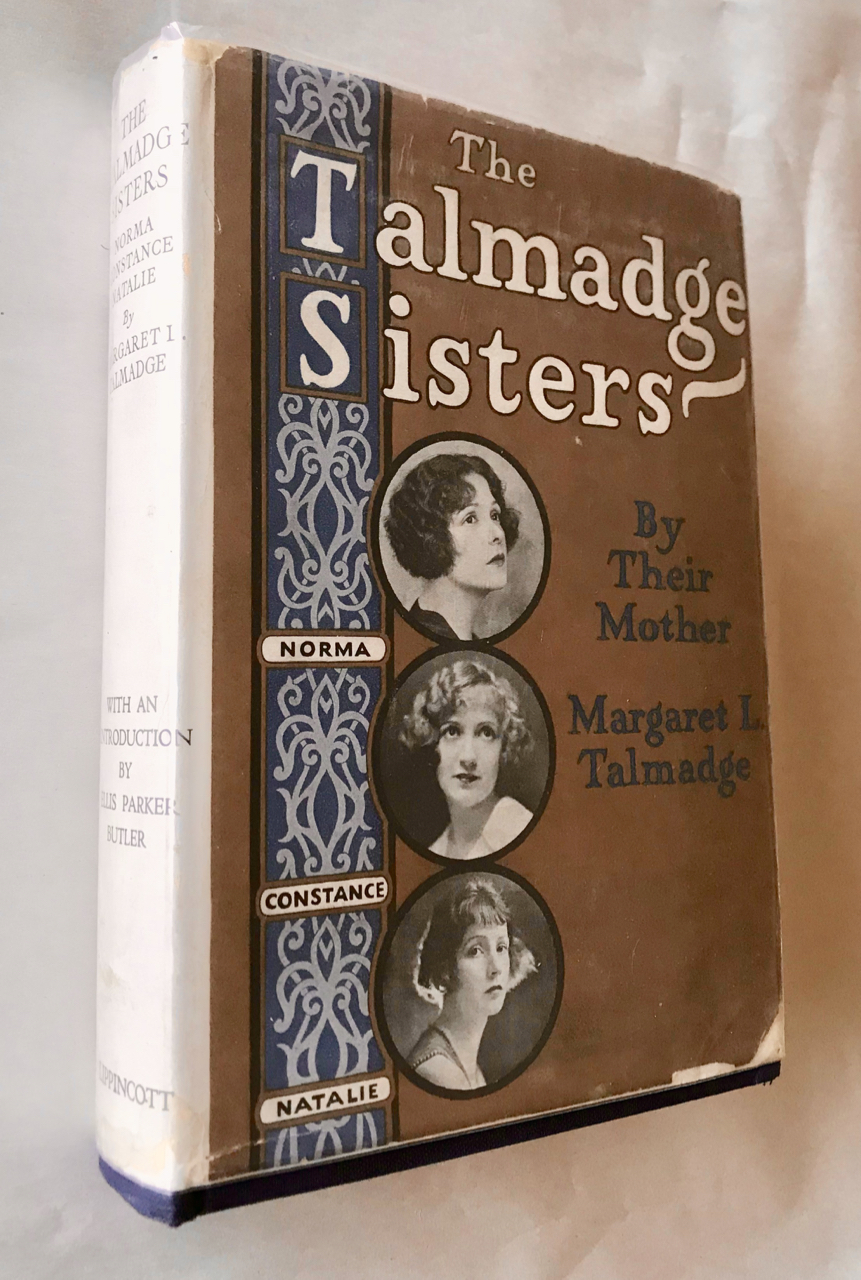 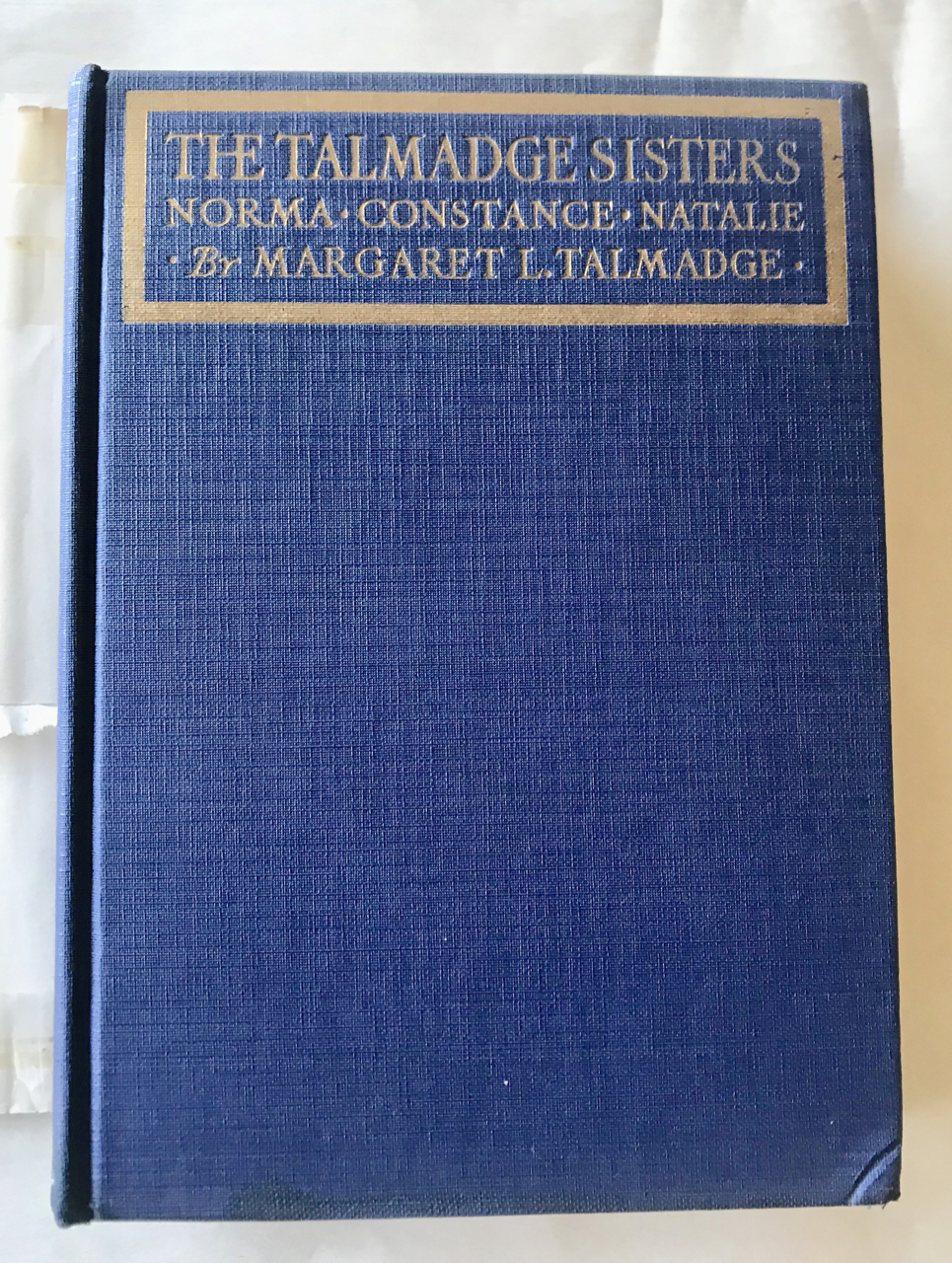 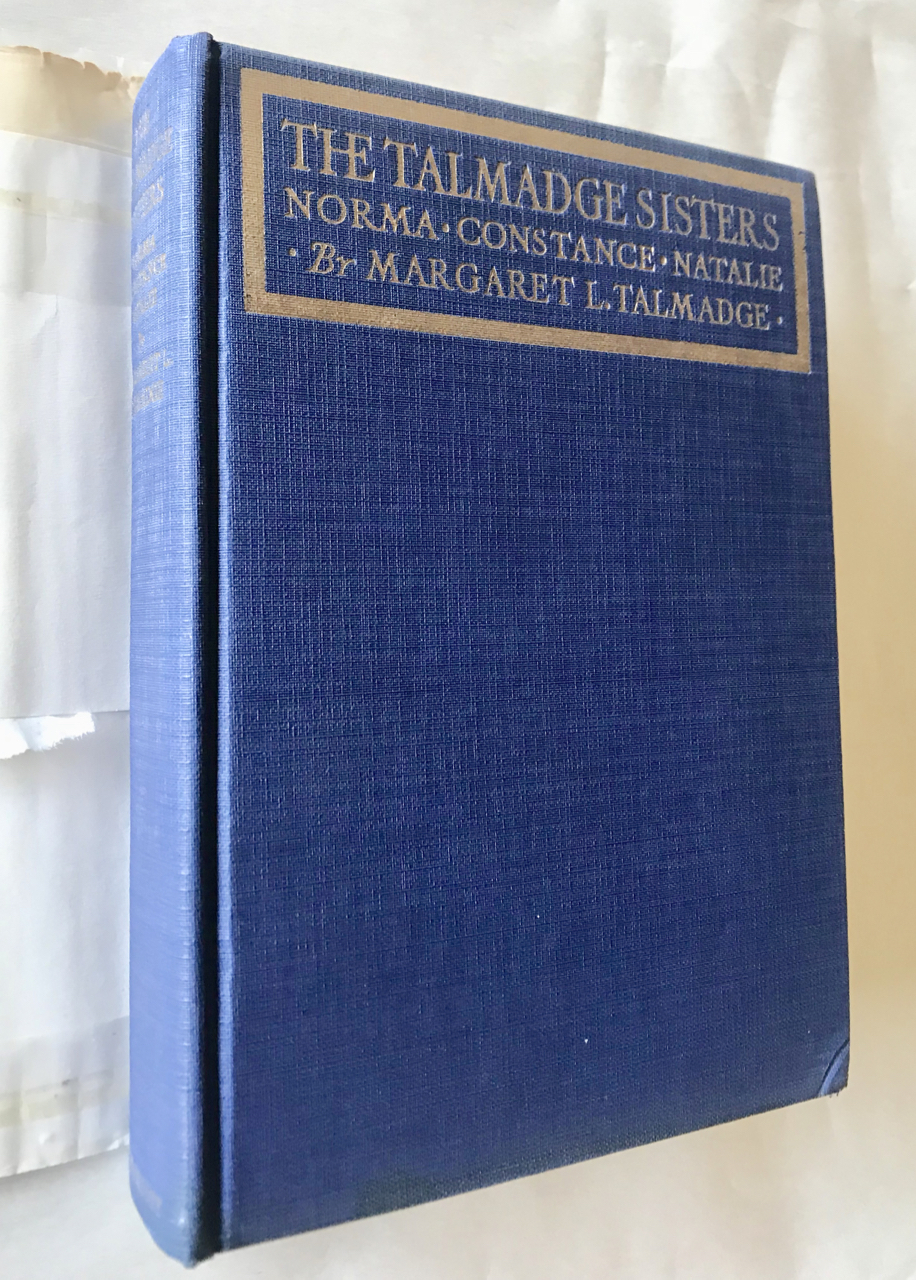 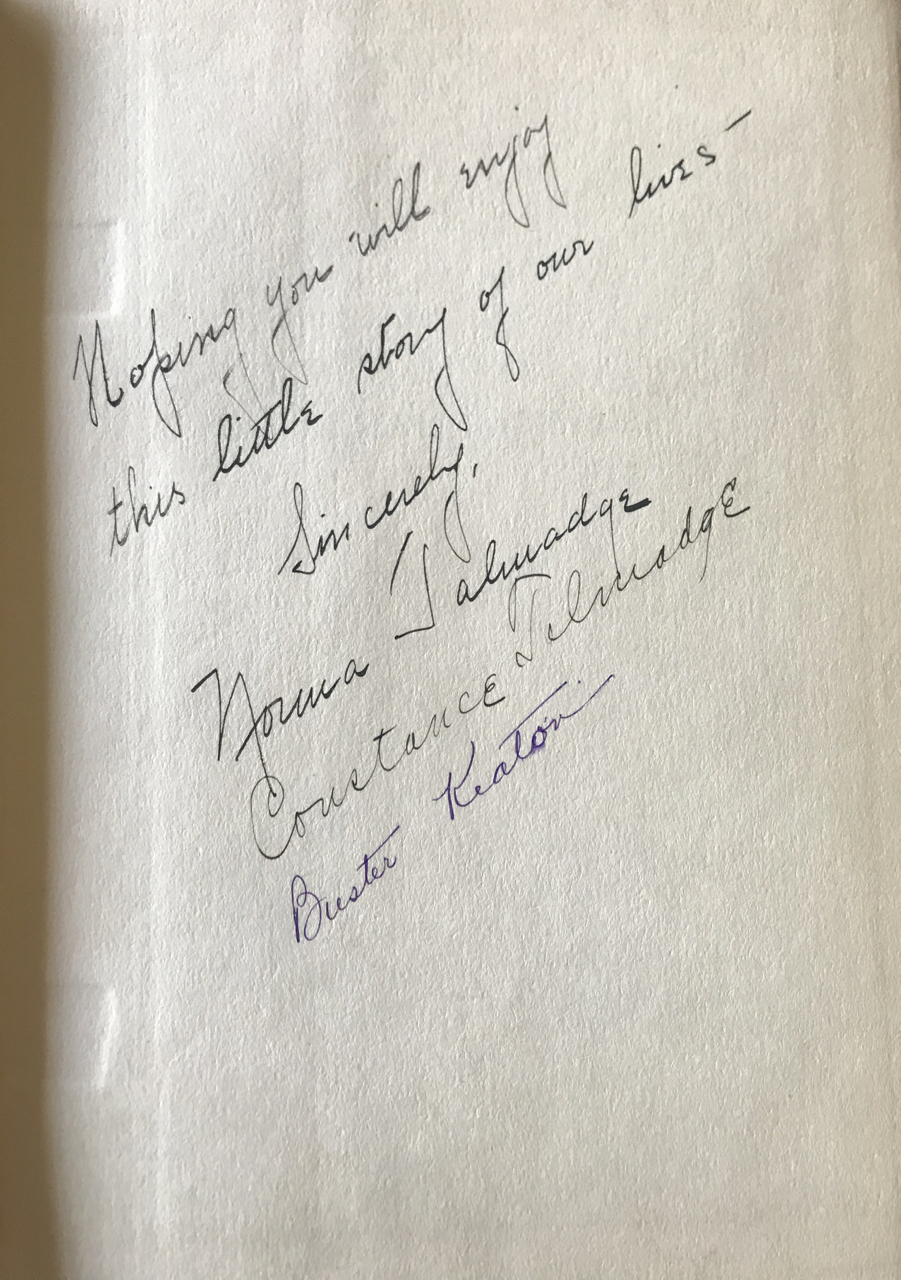 The Talmadge Sisters / By Their Mother. An Intimate Story of the World’s Most Famous Screen Family.

1st ed., 8vo, blue cloth. 245 pp. 39 photographic plates A fine, bright copy in a very good d/w and inscribed by sisters Norma and Constance as well as Buster Keaton, who was married to their sister Natalie. Norma and Constance were two of the most beloved stars of the silent era. Norma is something of an enigma today. Though most of her films survive, they are rarely screened. Constance has fewer surviving films, but is more familiar to modern audiences through her leading role in D. W. Griffith’s Intolerance (1916). The third sister, Natalie, worked as a secretary to her sisters as well as the Comique Film Corporation. The book is scarce with only three copies in Worldcat, none of which are held in U.S. institutions. We are aware of one other copy on the market with the two sisters’ signatures, but this is the only copy we are aware of with Keaton’s signature added. His signature is in a different ink, but it is undoubtedly contemporaneous since he and Natalie began having marital problems shortly after the book was published, terminating in a highly publicized divorce in 1932. The book itself is fine with no noticeable defects. The d/w is not price-clipped, but is chipped at all four corners and spine ends with a larger chip at lower front corner. Some discoloration to spine and back panel.

Title: The Talmadge Sisters / By Their Mother. An Intimate Story of the World’s Most Famous Screen Family.

Inscription: Inscribed by Norma and Constance Talmadge and Bust

The Talmadge Sisters / By Their Mother. An Intimate Story of the World’s Most Famous Screen Family.