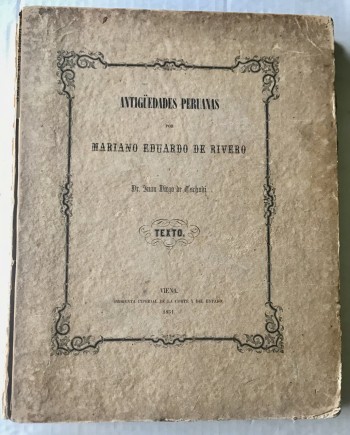 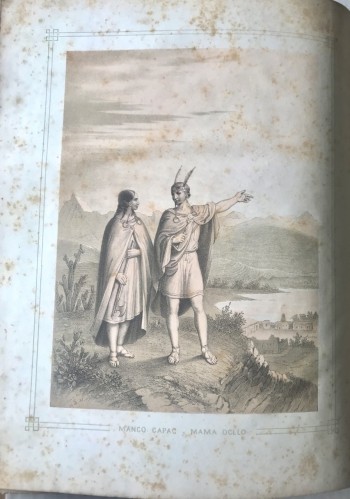 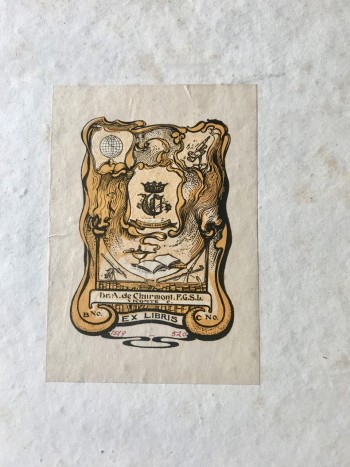 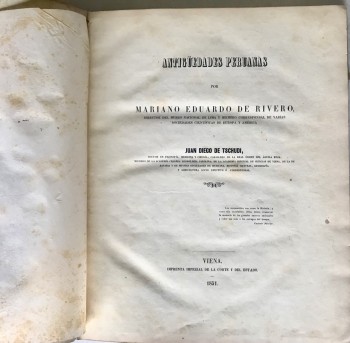 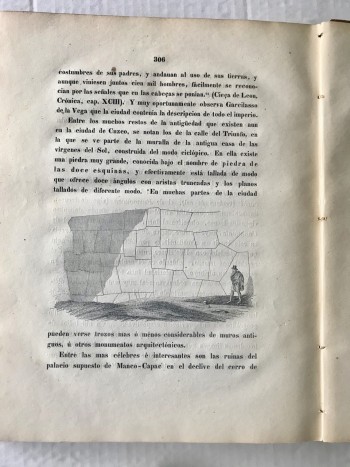 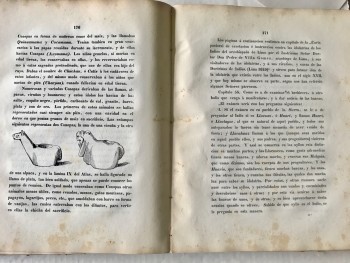 1st ed. 4to, (2) xiv 328 pp. engraved frontispiece and woodcuts in text. An important work on the ethnoogy and antiquities of Peru -- including the origin, history, language, and religion of the primitive inhabitants of Peru. Published in two volumes, text and Atlas/plates -- this is the first text volume only. Compiled in the 1830s and 1840s by the Peruvian museum curator Mariano Eduardo de Ribero or Rivero (1798-1857) and the Swiss naturalist Johann Jakob von Tschudi (1818-1889), the work is a comprehensive survey of all the relics, ruins, bones, artifacts and artworks of pre-Columbian Peru recorded at the time. Their work was the most thorough archaeological and anthropological review of ancient Peru yet published. Antiguedades Peruanas contains the "earliest authentic delineation of [Incan] architectural and other remains" (Sabin). The authors surveyed the history of European exploration of Peru, recounting the histories of pre-Conquest Peru (Garcilasso de la Vega, Prescott, Montesinos, etc.). There are chapters on the system of government and political institutions; the Quechuan language (several long passages in Quechua and Spanish are reprinted from a 1648 bilingual Spanish-Quechua edition of sermons by Fernando de Avendano), with a bibliography of Quechuan grammars and dictionaries; the science of the Incas - their calendar, medicine, art of navigation, mathematics and astronomy; and Incan religion, arts, and ancient monuments, especially those of the Chimu state and its capital Chan Chan (where both authors are commemorated in sites bearing their names). Sabin [71642] lists the text volume and the atlas separately. [71643]. This is the Spanish language text; an English language text was also produced. CONDITION: Poor-Fair: covers heavily rubbed on all extremities, lacking spine; discolored. Front hinge weak but intact, end papers, frontispiece and its tissue-guard foxed; prior owner’s penciled signature partially erased. The rest of the text block is good-very good with periodic foxing in the margins. Mounted inside front cover is the bookplate of Adolfo de Clairmont; the 19th century engineer who built the roads from the Brazilian frontier with the Ycucayali in the Center of Peru, thus opening up one of the finest rubber belts in South America. The principle road was named Clairmont in honor of the builder.