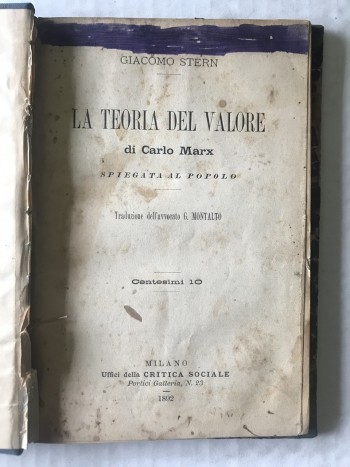 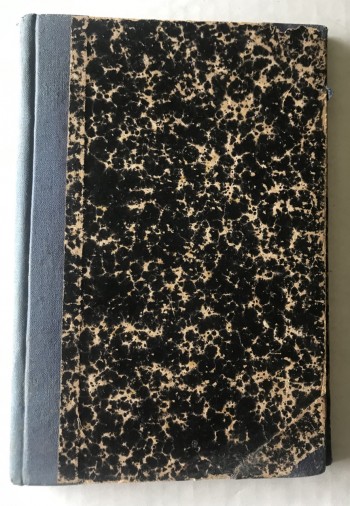 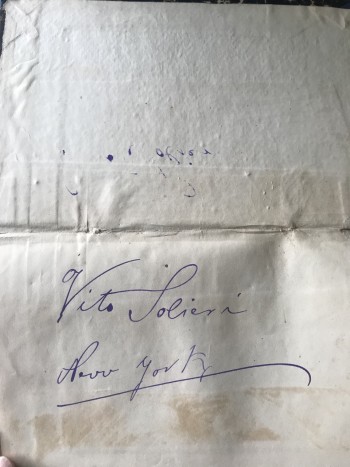 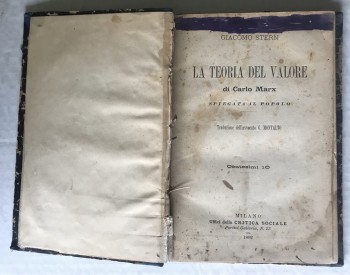 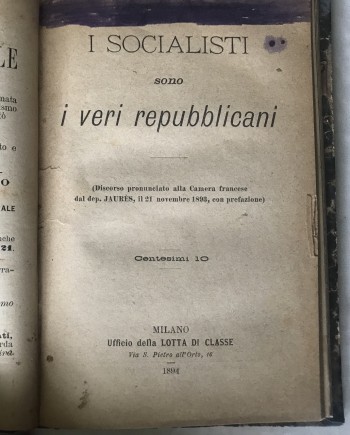 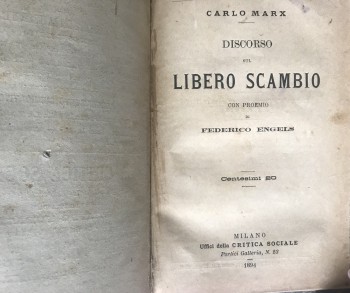 Three 10-cent socialist tracts by Marx and Engels, published 1892, bound as one -- ex libris Vito Salieri with his signature on the front end paper. The tracts are cheap pulp street editions and of no particular value themselves; it is the provenance and scarce signature of Salieri that makes this item unusual. CONTENTS: La Teoria del Valore di Carlo Marx -Uffici della Critica Sociale, Milano 1892; I Socialisti sono I veri repubblicani -- Ufficio della lotta di classe 1894, Milano; Marx - Discorso sul Libero Scambio con proemio di Federico Engels -- Uffici della ##### Vito Salieri was a well known Italian revolutionary, a barber by trade, who relocated to New York City in 1891. Along with fellow anarchist Enrico Maltesta, he was expelled from Switzerland in 1879 and fled to exile in London in 1881 where the two helped produce the International Revolutionary Socialist Conference later that year. This is generally considered the last meeting of the old International and the first of the anarchist International. “We all agree that insurrection is necessary, one which must destroy the conditions of present society. Political revolutions aren't enough for our objective, which is to wholly destroy the bases of society, and we can't arrive at harmony with those who want dictatorship and centralization…The economic fight cannot stand alone, political fight is necessary; since property is not destroyed if the authority which maintains it is not destroyed at the same time.” Salieri was also a co-author of the “abstentionist manifesto” of November 1890 (‘Socialisti-anarchici al Popolo’) urging Italian workers and peasants to abstain from voting in Italian elections. Once in New York he was one of the editors of the American Grido degli Oppressi of 1892 and on the editorial staff of la Questione Sociale, the prospective organ of the newly created socialist party (‘Stampa Socilista’). CONDITION: Fair: Covers are moderately worn, rubbed on all edges, front hinge split but intact. Interior pages are in good condition overall, with some browning, occasional foxing and soiling, and several pages damp-stained. See photos. Salier’s signature is crisp and bright.