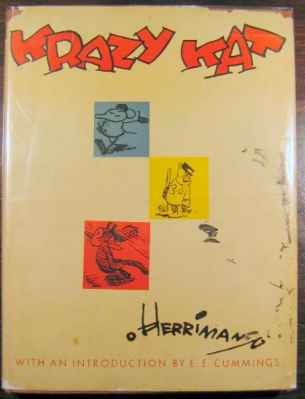 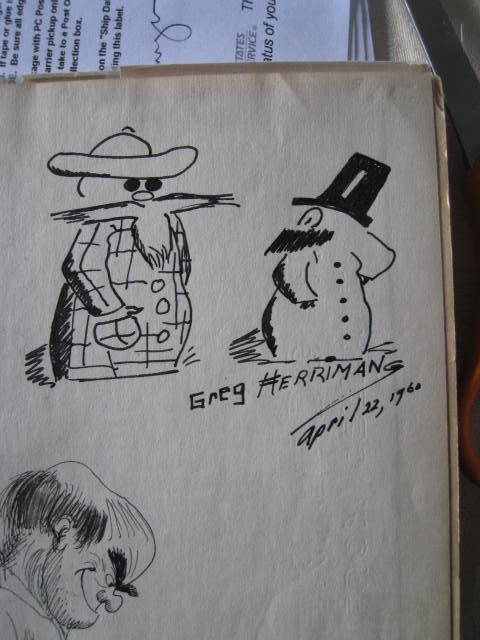 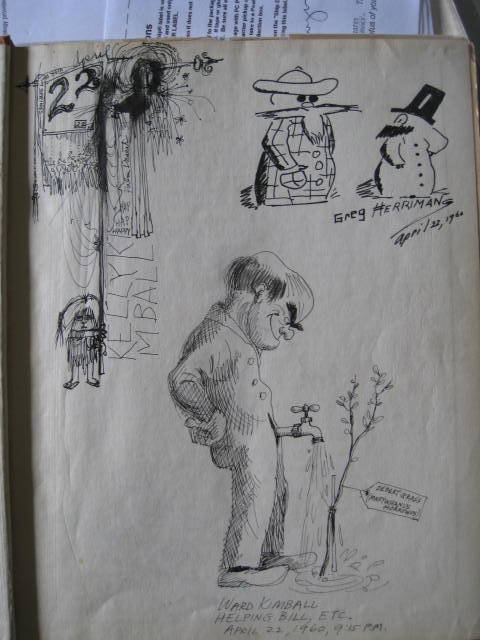 The first comprehensive anthology of Herriman's classic comic strip. Introduction by e.e. Cummings. This copy is inscribed inside the front cover with several original pen and ink drawings and cartoons by Kelly Kimball, daughter of Walt Disney animator Ward Kimball, and two friends Greg & Larry who have appropriated the Herriman signature as their own. Apparently signed while the three were in art school together. Kimball later became a Hollywood costume designer. Film credits include Coming to America, The Prince of Egypt, and Michael Jackson's "Thriller" Email us if you would like better scans of the inscriptions.