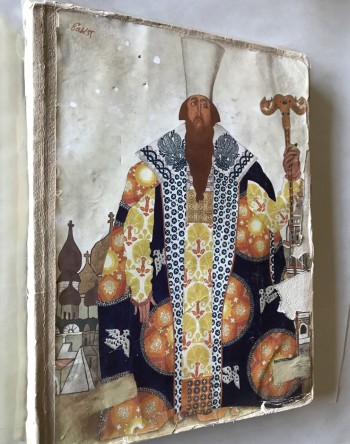 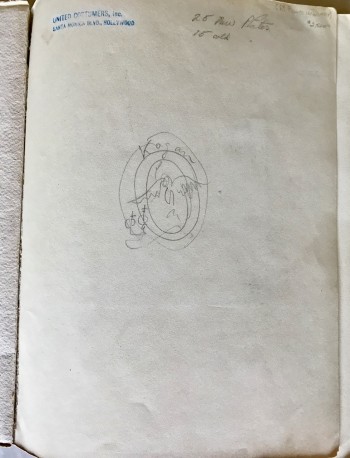 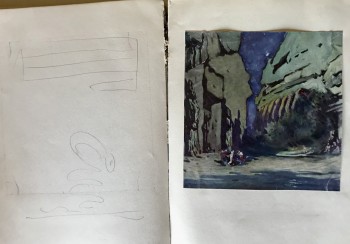 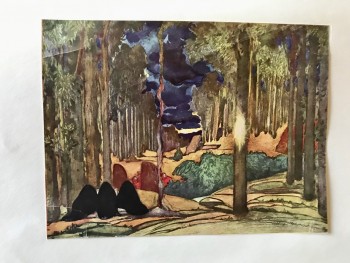 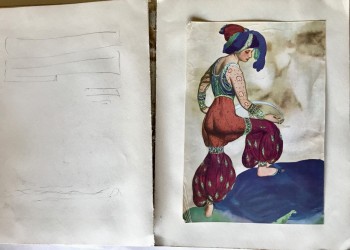 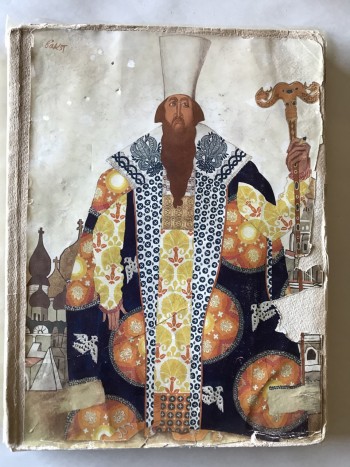 Bakst. Original Publisher’s mock-up for an unpublished sequel to the 1922 Brentano monograph on Leon Bakst -- with 29 tipped-in color plates.

4to, [10”x13”] illustrated paper covers. ##### In 1922-23, Brentano’s (NY) and German bookseller A. Kogan (Berlin) co-published a comprehensive treatise on Bakst’s life. [Levinson, Andre; The Story of Leon Bakst’s Life] The penciled title page for this present mock-up includes both publishers, indicating that it may have been for an intended companion or memorial edition to the 1922-23 work. (Bakst died in December 1924 after a prolonged illness.) It has 29 tipped-in plates, plus an illustrated cover. Many of the pages have penciled diagrams and notations indicating proposed chapter headings and text elements. A penciled notation on the half-title states “25 New Plates/15 Old,” implying that the published work would have had several more plates than are present here. The book was never published in this form. Brentano’s published another treatise on Bakst in 1927 with 30 plates, but the selection of plates and the text collation differ substantially from this mock-up. The proposed book, simply entitled Bakst, begins with an introductory section with stage and costume designs from several of Bakst’s operas, followed by separate chapters entitled ‘Sheherezade,’ ‘Costumes of the Graem,’ ‘Bakst and Russia,’ ‘Russians Paesants [sic],’ ‘Oriental Art of Bakst.’ The 29 plates are tipped in -- since this is a design mockup, we think most were simply taken from the earlier Brentano monograph but several plates appear to be published here for the first time. Nearly all of the tipped-in plates are fine condition but several have small creases at edges. Otherwise, the volume is in poor condition overall; partially disbound; front cover rubbed and chipped, spine partially split. Nevertheless, a unique one-of-a-kind item. Prior owner’s bookplate inside front cover; vintage ink stamp of “United Costumers,” one of Hollywood’s leading costume suppliers during the 1920s-40s, which may have used it for modeling purposes.

Title: Bakst. Original Publisher’s mock-up for an unpublished sequel to the 1922 Brentano monograph on Leon Bakst -- with 29 tipped-in color plates.

Bakst. Original Publisher’s mock-up for an unpublished sequel to the 1922 Brentano monograph on Leon Bakst -- with 29 tipped-in color plates.