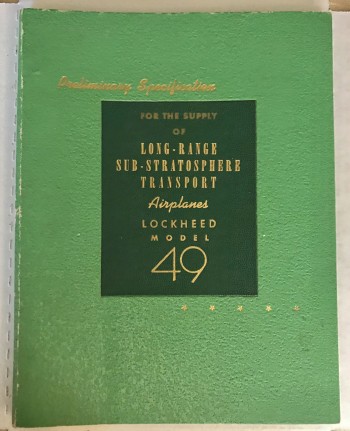 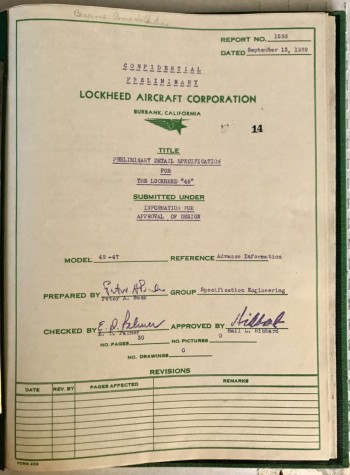 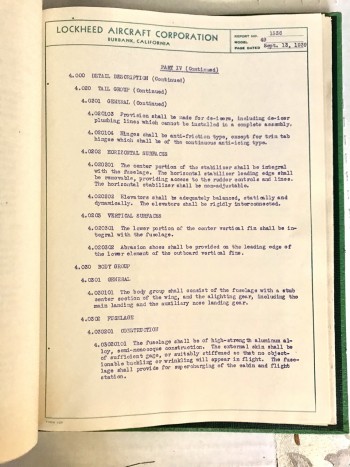 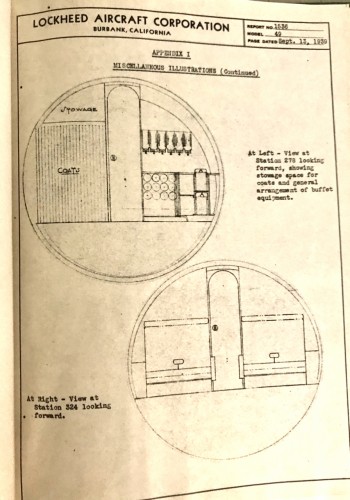 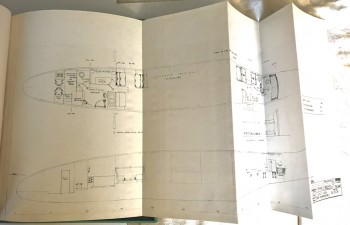 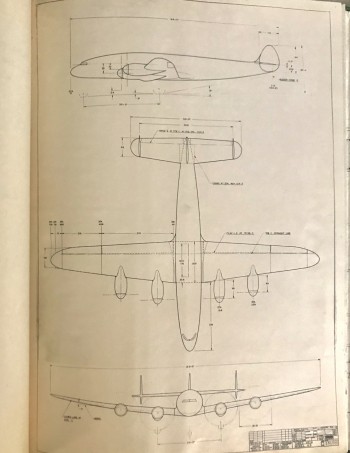 Title Page: “Preliminary Detail Specification for the Lockheed ‘49’ [Model 49-47] Submitted Under Information for Approval of Design - [Copy No] 14” ##### 8-1/2”x11” loose-leaf pages in custom two-hole binder. 30 pp., consisting of 23 mimeographed pages of specifications, printed one side only and 7 photostatic plan sheets including 2 foldout plans of the cabin layout -- plus From the foreword: “This detailed specification overs the general requirements and design of the Lockheed ‘49’, a long range, substratosphere, day or night transport airplane. …Upon the negotiation of a contract for this airplane, a revised detail specification will be prepared describing as nearly as possible the proposed airplane.” Specs prepared by Peter A. Beck and approved by Hall L. Hibbard, one of the plane’s design engineers, whose mimeographed signatures are present. Condition: mimeographed pages are pristine; clean, bright, with no tears or marks. Covers are very good with rubbed edges, some light rusting to the metal fastener. ##### The Lockheed L-049 saw its first flight three years later, in January 1943, but commandeered as a military aircraft (the C-69 military transport). It remained in production through 1946 when it entered civilian use with TWA. In modified iterations the Lockheed “Constellation” became the primary airliner used by TWA, PanAm, Western Airlines and other major carriers for nearly three decades. ##### The L-049 was a propeller-driven, four-engine airliner with a triple-tail design and dolphin-shaped fuselage. It introduced several technological advancements such as electric de-icing, hydraulic assisted controls, reversible pitch propellers and pressurization, which allowed the plane to fly above the clouds. This enabled large numbers of commercial passengers to fly well above most bad weather for the first time, thus significantly improving the general safety and ease of air-travel.