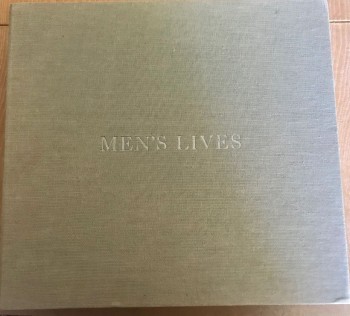 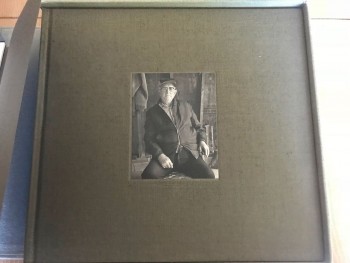 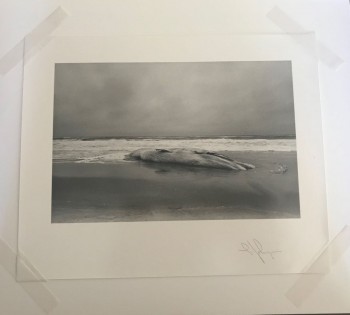 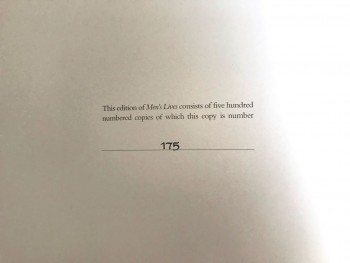 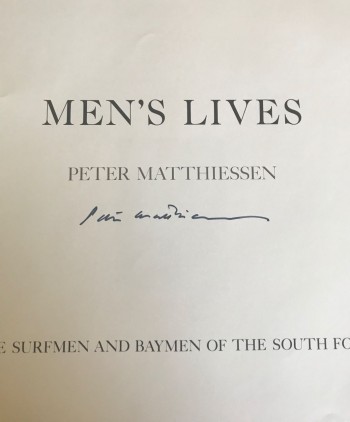 The two-volume folio-sized edition; limited to 500 copies in clamshell case. The first volume containing all of the text by Matthiessen. The second volume contains all of the photographs. With the second volume is also an original print of one of the book's photographs laid into a folding chemise and signed by the photographer Lynn Johnson. Never formally offered for sale, copies of this edition were given out free to attendees of a $500-a-plate benefit dinner for the historical society attempting to preserve the record and legacy of the fishermen's lives. One of a stated 500 numbered copies, although it is possible that fewer than 500 copies were actually produced. The set was issued unsigned; PM added his signature to Volume I here at a later time. A fine, virtually pristine copy but with a small split in one corner of the clamshell case.