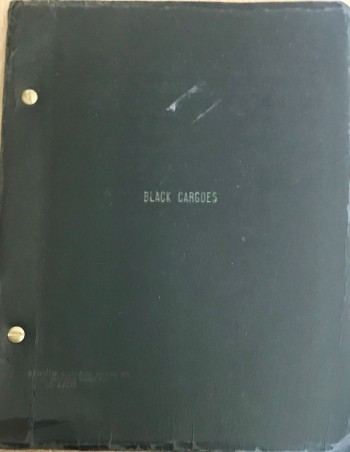 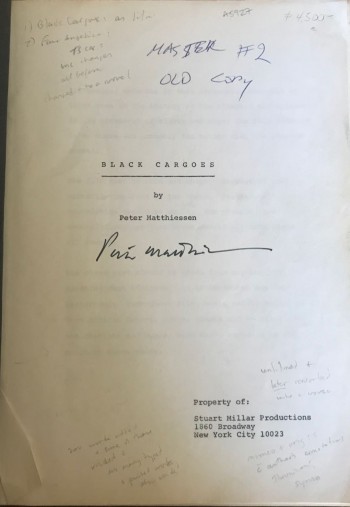 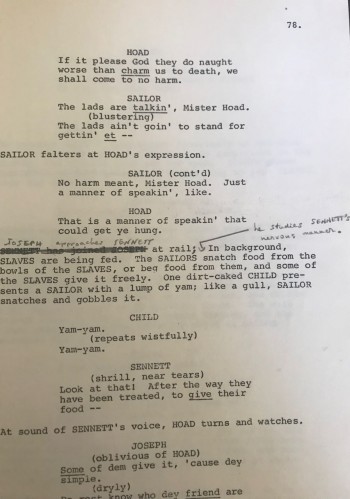 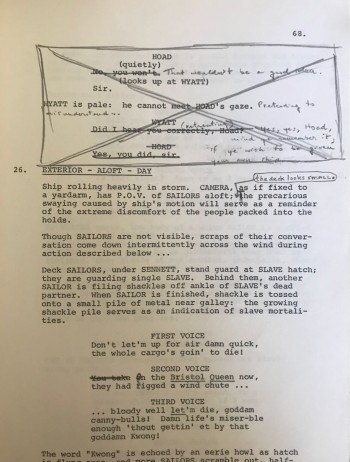 Fair Angelica / Black Cargoes - Original screenplay about revolt on an American Slave ship during the middle passage, circa 1835

Original unpublished and unproduced screenplay about revolt on an American Slave ship [the Fair Angelica] navigating the middle passage, circa 1835. A very unusual subject for Matthiessen. “Fair Angelica” is a first draft, typed carbon, 123 loose leaves -- an agency copy used to solicit producers and investors -- one of whom was the progressive filmmaker Martin Ritt. “Black Cargoes” is a revised and retitled draft, 112 pp. in black studio 2-post covers. Mostly mimeographed, but with a dozen typed and corrected pages interleaved; numerous holographic additions or changes throughout by Matthiessen. The change in title may have been to capture investor interest; there was popular work of non-fiction several years prior [Black Cargoes - A History of the Atlantic Slave Trade by Daniel Mannix and Malcom Cowley.] However this treatment by PM is a work of fiction and unrelated to the earlier book. This screenplay is not mentioned in any bibliographic works about PM. The only other known copy is in special collections at the University of Arizona, Tuscon. Wear to covers of Black Cargoes, otherwise fine. Both copies signed by Matthiessen on the title pages.

Title: Fair Angelica / Black Cargoes - Original screenplay about revolt on an American Slave ship during the middle passage, circa 1835

Fair Angelica / Black Cargoes - Original screenplay about revolt on an American Slave ship during the middle passage, circa 1835