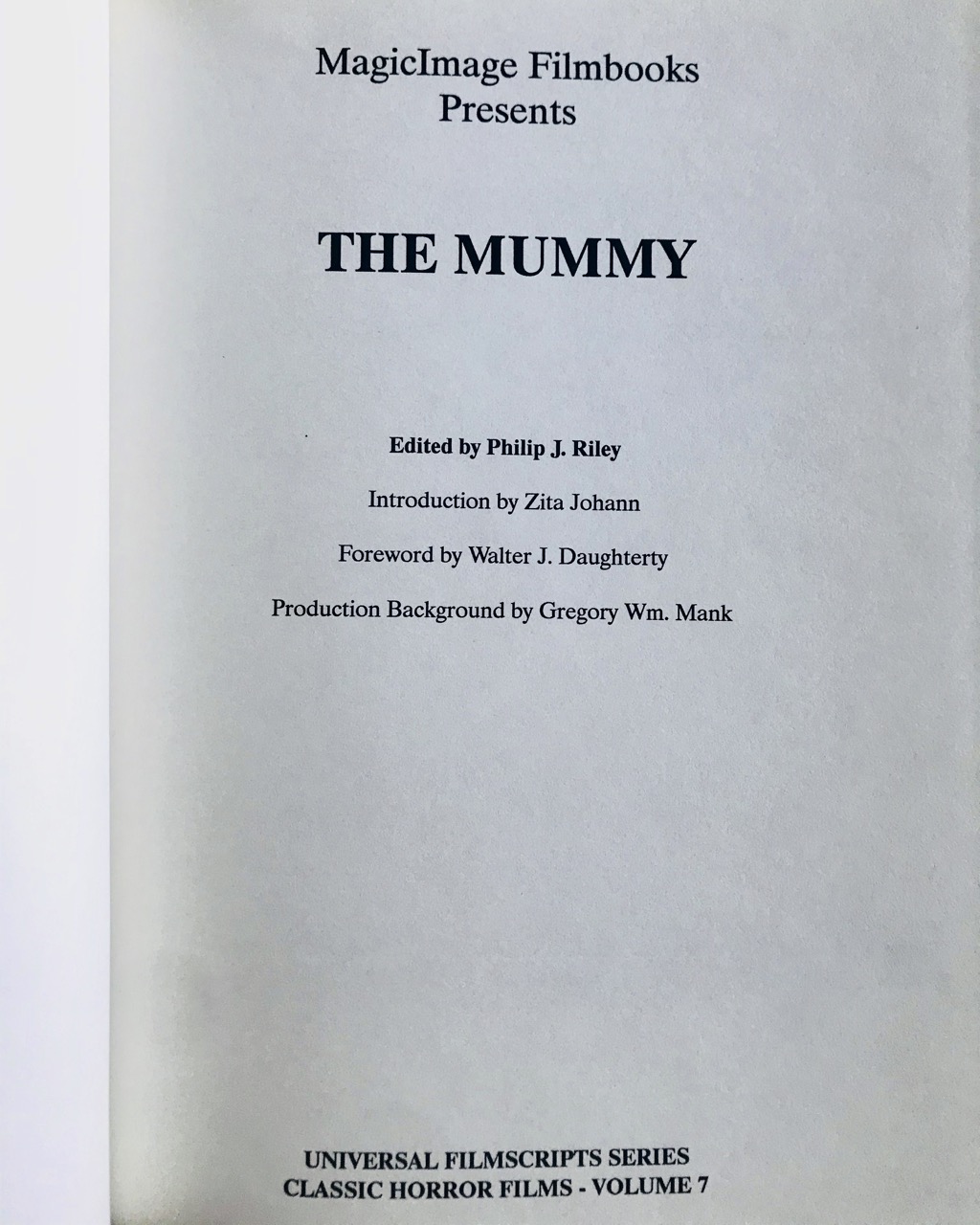 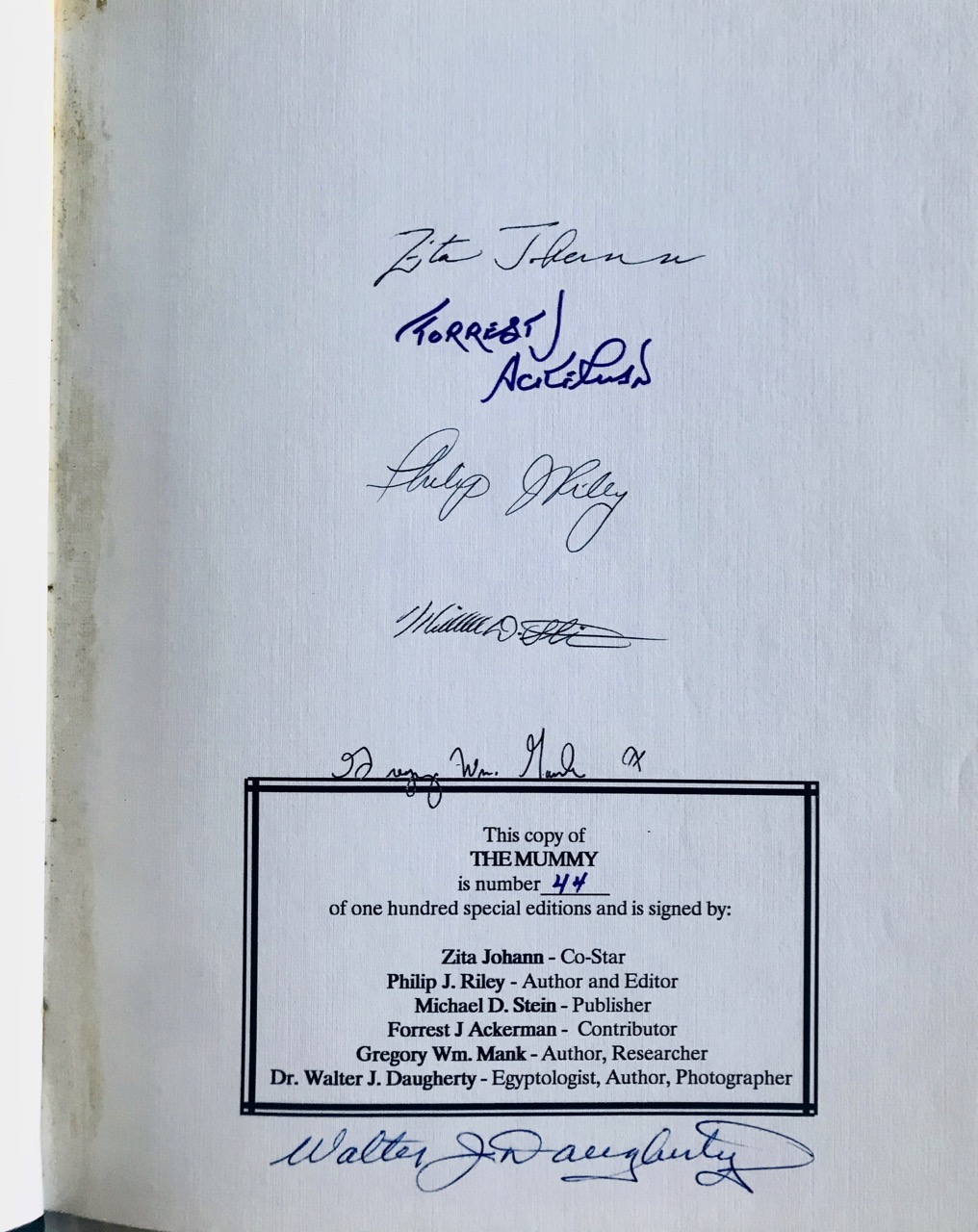 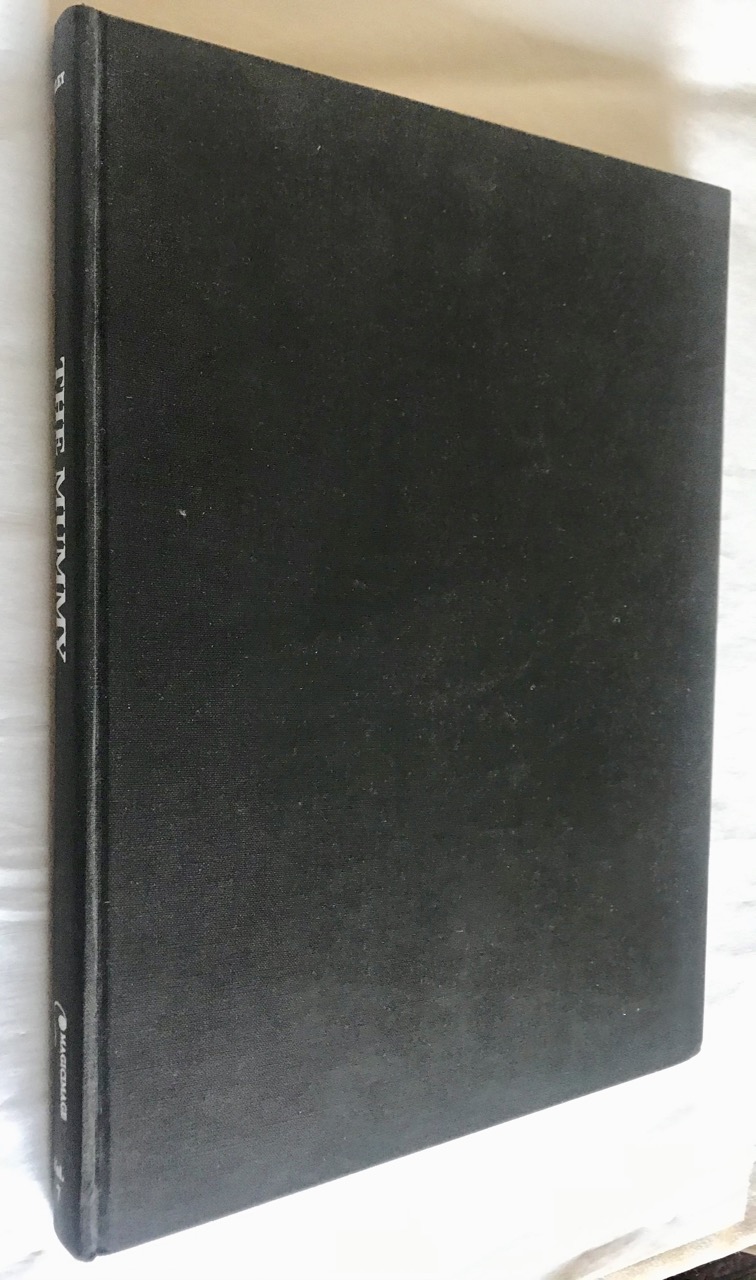 1st ed. thus. 4to, black cloth. Facsimile of the original script for the 1932 Boris Karloff film -- originally entitled "Im-Ho-Tep", screenplay by John Balderston. With 54 pages of introductory essays and photos from the film and promotional materials. Volume 7 in the Universal Filmbooks series, This is the special limited edition of 100 copies signed by the editor, the publisher, contributor Forrest Ackerman, Researcher Gregory Man, Egyptologist Walter Daughterty, and Zika Johann -- Boris Karloff's co-star in the 1932 film who contributes one of the essays. A fine copy but with a yellowed strip along inside of front hinge, 1/2" wide from a binding defect.