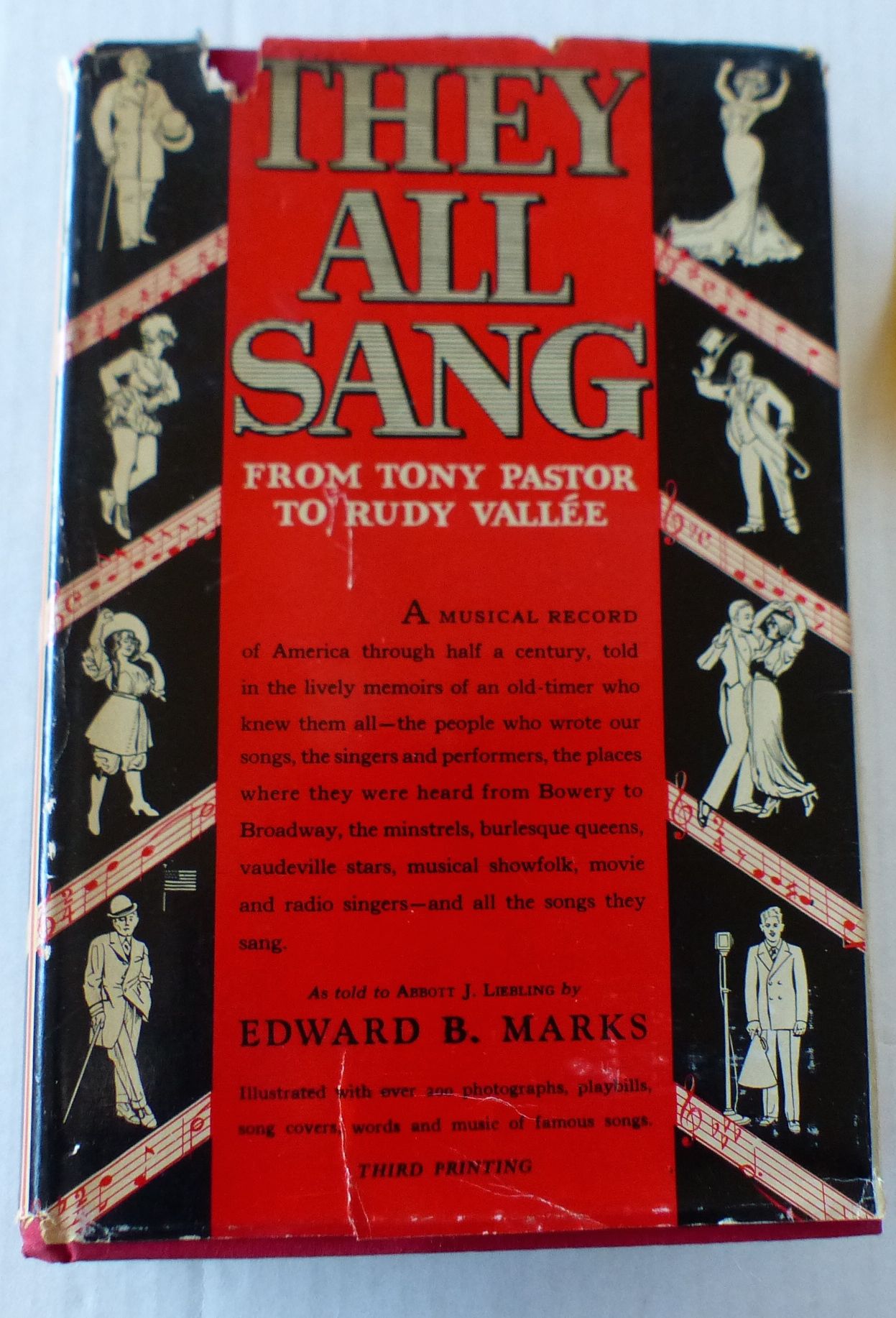 By: Edward B. Marks

3rd printing (1935) but warmly inscribed by author Edward Marks to Hollywood writer/producer Jerry Wald on the birth of Wald's son. Walk wrote and produced several classic films, including the musical Stars Over Broadway and the Bogart classics Dark Passage and Key Largo. The inscription is on the front free endpaper and is dated 1942. The book itself is in fine condition except for some yellowing on the front and rear-paste-downs where the dust wrapper flaps rested against the book. The dust jacket is present but is yellowed at the back and has about a dozen chips and tears along the edges.

Title: They All Sang