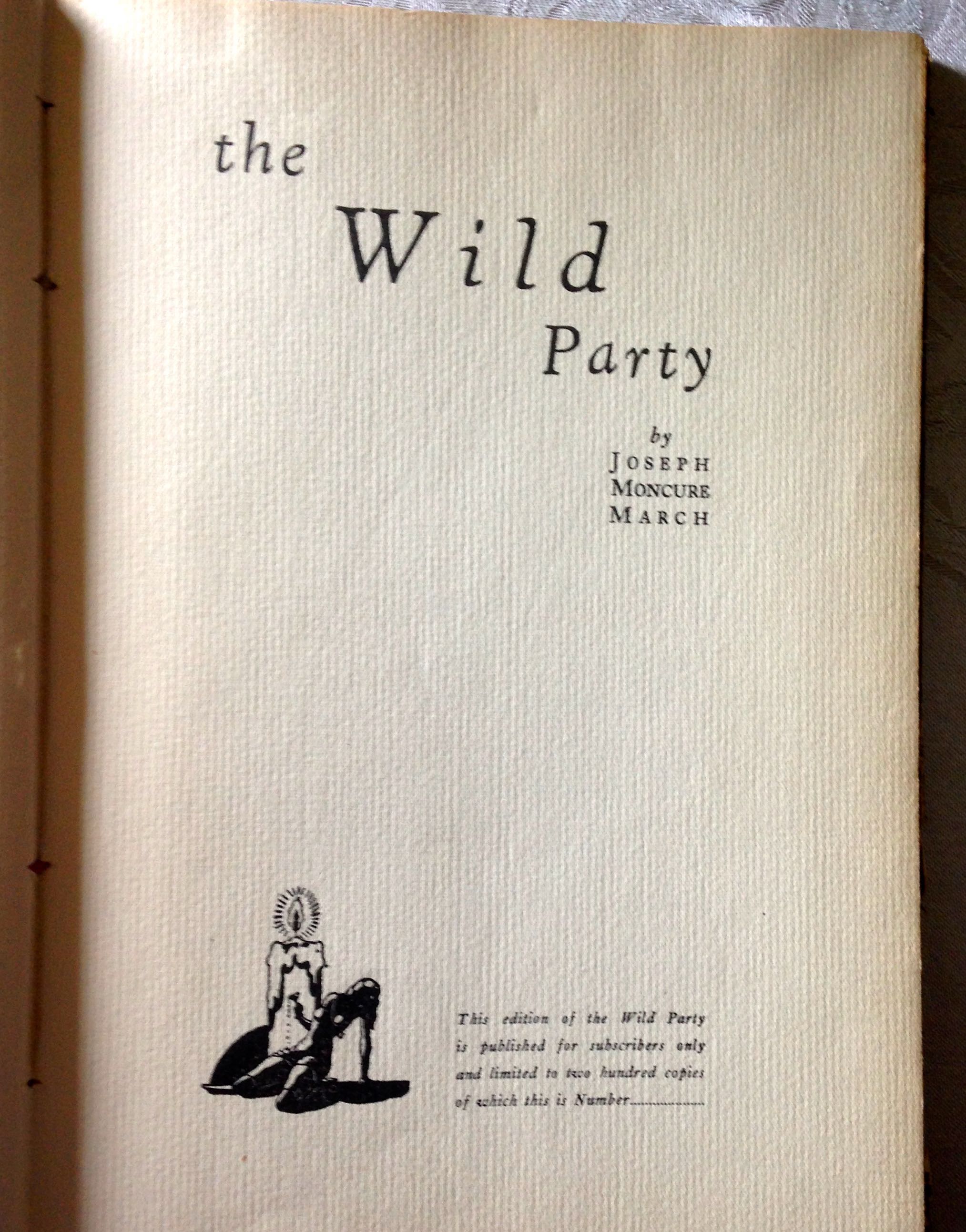 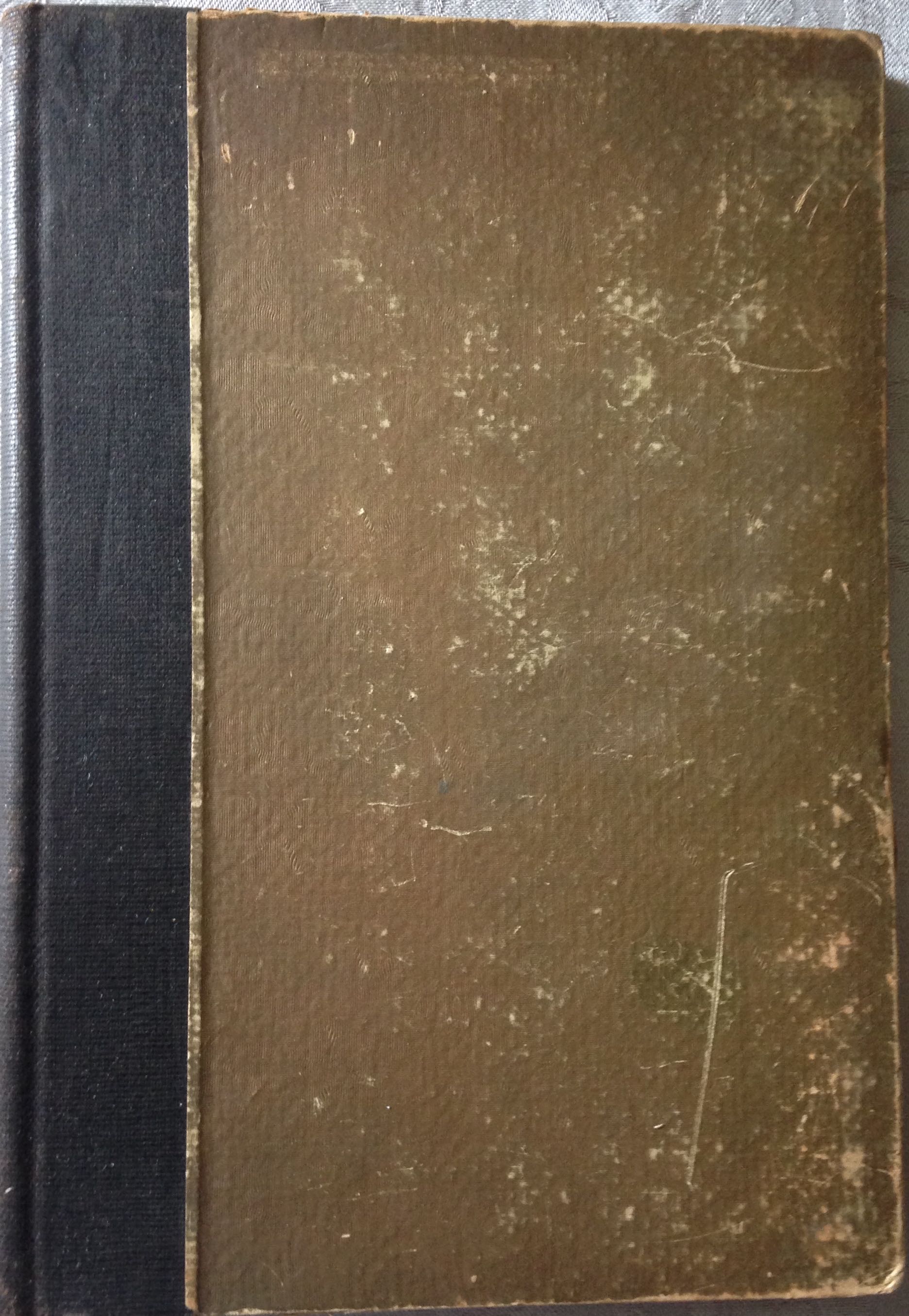 1st ed.(1928, 8vo without dustjacket. Privately published in an edition of 200 copies, this copy unnumbered. The Wild Party is a book-length, jazz-age narrative poem. It was widely banned but a publishing success nevertheless perhaps because of the controversy. The recognized first edition was published by Covici-Friede in 1928 in an edition of 750 copies. March wrote the poem in 1926. It is unknown whether he published this prior to Covici, or privately published in 1929 after the book was banned in some areas. The poem tells the story of two lovers who live in a decadent style that March depicts as unique to Hollywood. They decide to have one of their parties, complete with illegal bathtub gin and the couple's colorful, eccentric friends, but the party does not unfold without more tumultuous goings-on than planned. A new hardcover edition was released in 1994 with the subtitle The Lost Classic. It featured about fifty black-and-white illustrations by Art Spiegelman. Condition: Interior is clean but with the first signature slightly loose but fully intact. Fuscia endpapers have some fading at edges. Covers are heavily rubbed with a 2" scratch in front cover and some abrasion along the cloth near the back of the spine. An inked number, faded, at bottom of spine. Possibly a library mark.