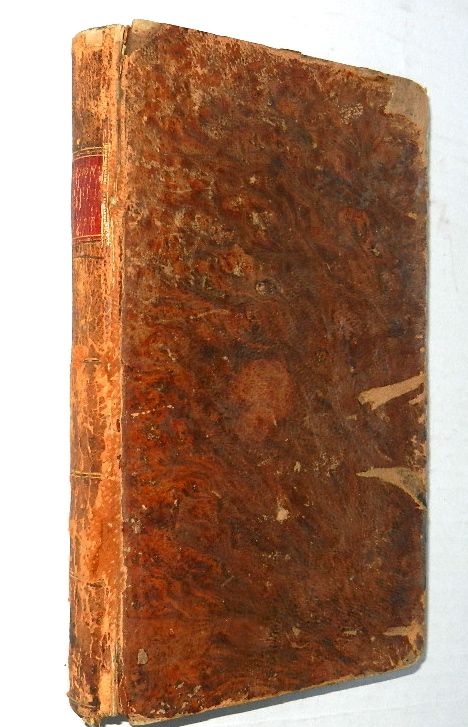 8vo, full-calf, 204 pp. Paul-Henri Thiry, Baron d'Holbach (8 December 1723 – 21 January 1789) was a French-German author, philosopher, encyclopedist and a prominent figure in the French Enlightenment. He is best known for his atheism and for his voluminous writings against religion, the most famous of them being The System of Nature (1770), which presented a core of radical ideas that prompted the Catholic Church in France to threaten the crown with withdrawal of financial support unless it effectively suppressed the circulation of the book. The list of people writing refutations of the work was long. The Roman Catholic Church had its pre-eminent theologian Nicolas-Sylvestre Bergier write a refutation of the Système titled Examen du matérialisme (Materialism examined). Voltaire hastily seized his pen to refute the philosophy of the Système in the article "Dieu" in his Dictionnaire philosophique, while Frederick the Great also drew up an answer to it. Its principles are summed up in a more popular form in this present volume "Common Sense", which was first published in Amsterdam in 1772. This translation into English is the first American edition. Fair-Good: text block is clean and tight with light foxing throughout. Penciled marginalia on some pages. Front hinge is partially split. Covers heavily rubbed and chipped with 1-1/2" split at top and bottom of front spine. Pasted inside the front cover is a 19th century advertisement for another book entitled Common Sense, by John Meslier. While the condition is not great, the work is quite scarce.